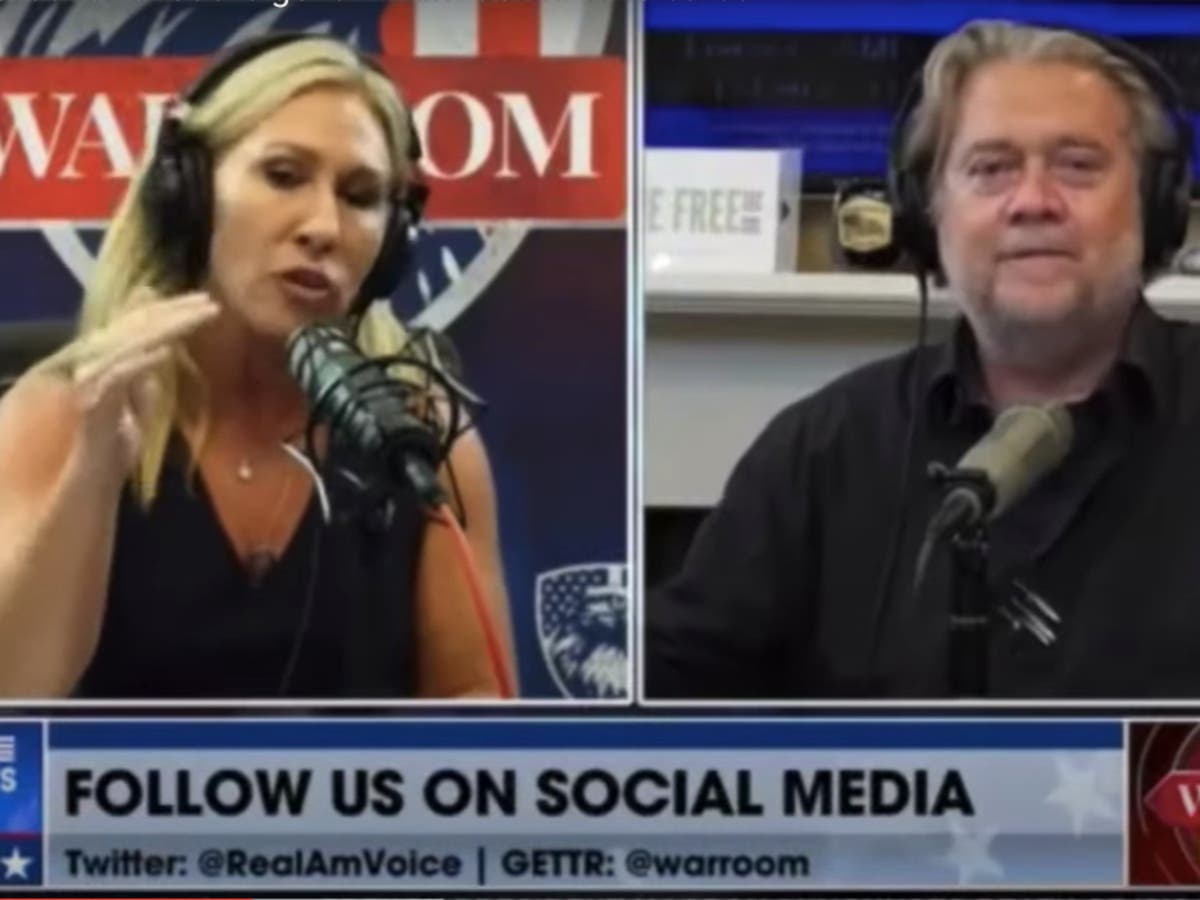 Representative Marjorie Taylor Greene, in bizarre comments made during an interview with Steve Bannon, has called for the US government to shut down.

Bannon asked if House Republicans had any plans to prevent Democrats from passing the bill in the coming weeks, to which Ms Greene replied that she had not yet heard of any such plan.

She then continued: “But I’ll tell you what I have to say, Steve: Stop it!” he said. “Shut down the government. Who cares?”

Ms Green said Americans should not rely on the government to spend money on infrastructure.

“You can’t trust these people with your money,” she said, implying that the country’s infrastructure can be maintained and developed by private citizens.

“Guess what? The American people can get it done at home without the government!” he said. “I say, put up a fight, stop it! We shouldn’t spend it!”

Ms Green is known for making outlandish statements, and has made headlines on several occasions for pushing conspiracy theories and spreading propaganda about COVID and vaccinations.

Last month, the Congresswoman was suspended from Twitter for a week after she tweeted that the Food and Drug Administration “should not approve” Covid vaccines because they “failed.”

A spokesperson for the social media platform said the tweet was labeled “in line with our COVID-19 misleading information policy. The account will remain in read-only mode for a week due to repeated violations of Twitter rules.

If a user posts false information about COVID four times, Twitter imposes a “seven day account lock”. If a ‘fifth strike’ occurs, the user is banned.

- Advertisement - In a video posted on social media, dozens of people are seen climbing stairs with shoes...