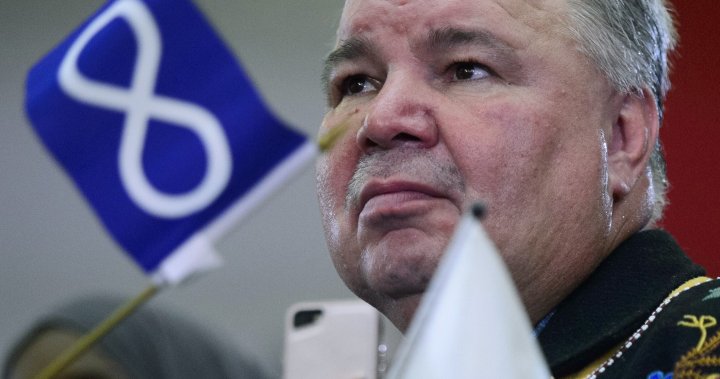 The Manitoba Métis Federation has withdrawn from the Métis National Council amid an ongoing rift over citizenship and identity that has been going on for years.

In a letter sent on Tuesday, MMF President David Chartrand informed MNC President Clement Chartier that the National Council had “abandoned” the Manitoba leadership and the “true Métis nation” by allowing provincial Métis leaders to welcome those members. given, which are not Chartrand’s claims metis.

“We at the MMF have long been a wall protecting our nation from Eastern aggression,” Chartrand writes, “and never expected an attack from the West—from those who would have expected better.”

The move comes just a day before the National Council will hold a special meeting of its General Assembly – its first in nearly three years – and two days before the first National Truth and Reconciliation Day, a new federal holiday.

Chartrand has over the years called on the National Council to take action against Ontario’s Métis Nation to register “thousands” of members who self-identify as Métis.

Self-identity is one of the criteria for membership under Métis’ definition of the National Council, which was adopted in 2002.

But Chartrand says the members registered by the Ontario body are not purely Metis, many of them belonging to other First Nations of Eastern origin.

The Metis is generally defined as originating from the Red River Valley and surrounding prairie in Manitoba. However, parts of Ontario, British Columbia and the Northwest Territories are also home to the Métis nations, as defined by the National Council.

In his letter, Chartrand – who has also served as vice president and occasional spokesman for the National Council – also took issue with the provincial Metis councils in Alberta, Saskatchewan and British Columbia that he says have served as a reference for alleged non-Métis members. Registration is allowed. in Ontario.

“The actions of the MNO and the inaction of (other council leaders) undermine our citizenship, distort our identity, and undermine our nation,” he wrote.

The multinational has posted Chartrand’s letter on its website and social media, but has not yet commented on their claims or withdrawal. A request for comment was not returned prior to publication.

But the nation of Ontario has refused to allow it, citing privacy concerns. Since then, the Metis National Council has issued a proclamation that Ontario has been suspended from the national body.

But leaders in Ontario, Alberta and Saskatchewan say the move was illegitimate, pointing to bylaws that state that a member nation can only be suspended from the national council by a general assembly vote.

Those three provincial leaders announced in January that the multinational company “has become more and more passive and accountable to its governing members and Métis citizens.”