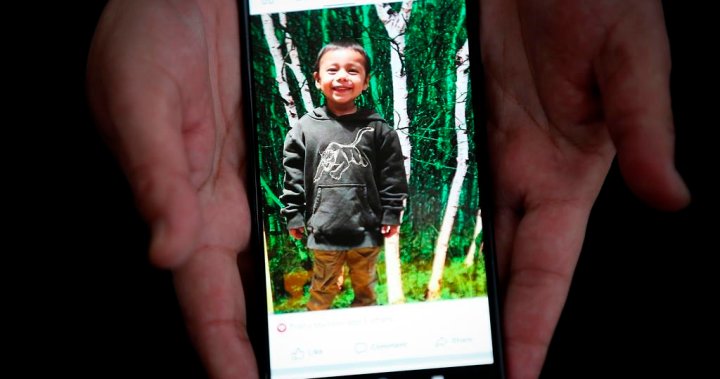 A Winnipeg jury has found Daniel Jensen guilty of first-degree murder in the stabbing murder of three-year-old Hunter Smith-Strait.

The jury pronounced its verdict in this case at around 8.30 pm on Wednesday night.

While there were many hugs and cries in the courtroom after the guilty verdict was read out, Hunter’s family declined to comment. There was also no comment from Crown or defense attorneys immediately afterwards.

Sentencing will begin at 10 a.m. Friday, Crown lawyers confirmed to Granthshala News. First-degree murder carries an automatic life sentence with no possibility of parole for up to 25 years.

The decision comes after more than two weeks of testimony in a first-degree murder trial, nearly two years after the child’s death.

On October 30, 2019, Hunter was stabbed multiple times in the head and neck while sleeping at his Pritchard Avenue home.

He was taken to the hospital and removed from life support three days later.

The night Hunter was stabbed, his mother, Clarice Smith, told Jensen that she was leaving him. The crown attorney told the court that Jensen brutally killed the child to get her back, the core of the case being domestic abuse.

Crown’s arguments were supported by testimony from witnesses, DNA evidence and surveillance footage produced in court, which pointed to Jensen as the killer.

However, Jensen’s defense team argued that the matter was largely circumstantial as no one saw him attack the boy.