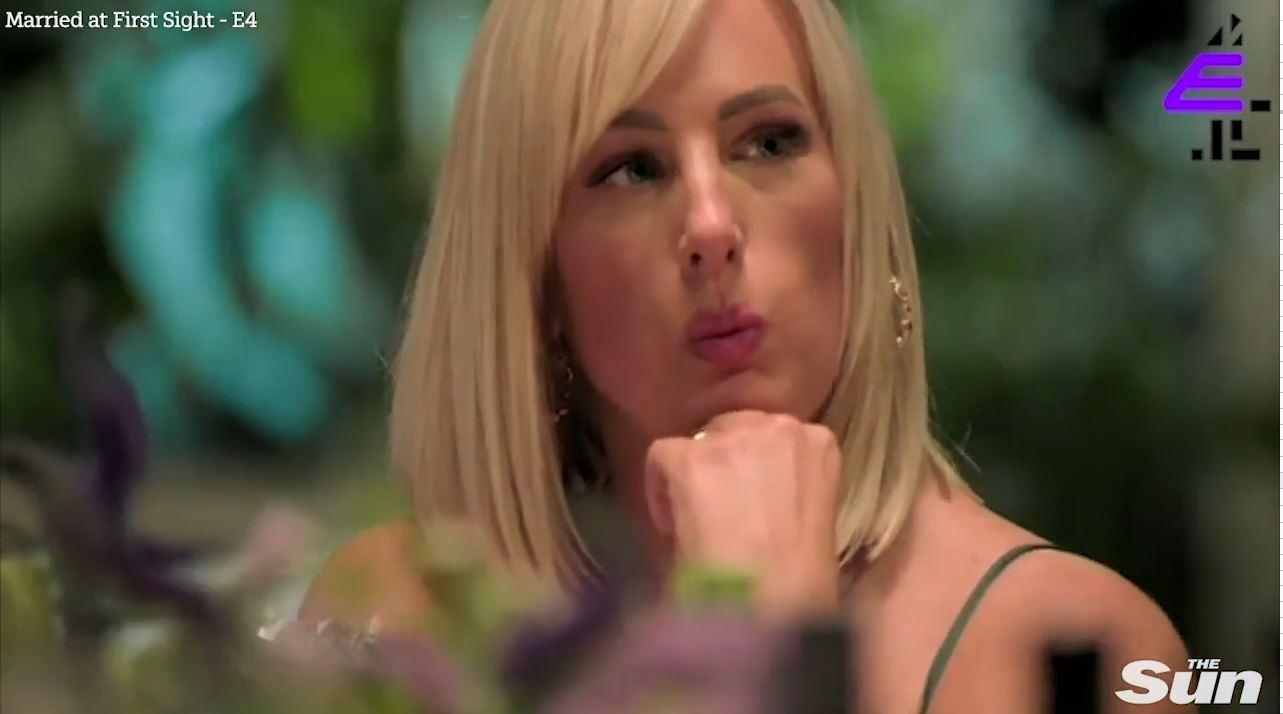 Married At First Sight star Morag is joined by her co-stars for an awkward dinner as they question her about her marriage.

Morag can be seen answering questions from her fellow couples – as one directly asked her about her difficult relationship with Luke.

MAFS fans were previously devastated for “Luke on Leading” 31-year-old Morag when he confessed that he didn’t share his feelings of love during the show.

Tensions escalated between Morag and Luke last week after he vetoed the idea on their wedding day after convincing him he didn’t want children.

It’s not the only thing that the star tried to change about her husband, including his dress sense to make him look more “masculine.”

Now, her Married At First Sight co-stars have questioned her about her dealings with Luke after he told her that they “didn’t see a future” together.

Opening a folded piece of paper to reveal a question, she said: “It says, ‘Why wasn’t old Luke good enough for you?’”

As she read the question aloud, audible gasps echoed around the room, as Dan and Matt could be seen nodding angrily.

“But, wait a minute,” said Morag, trying to remain calm and calm again, turning to Luke to redirect the question.

“May I just ask one question, was old Luke nice enough for you?” She asked her husband who she married in a TV dating experiment.

But the group had none of it, stepping in to turn on Morag and defend Luke.

“Don’t turn that over,” Taiyah can be heard saying as an angry Matt waved his finger around: “No, don’t do that. Don’t do that. Why?”

“Matt, leave him to answer,” Josh can be heard saying, trying to diffuse the situation as his other half, Amy, quietly sips his drink.

Morag tried to defend himself, turning to Luke: “When I met the old Luke – Luke 1.0 – I felt that Luke was still on a journey, like you were on a journey of self-love and knew that you who were they.”

Luke nodded quietly, “I realized that, I noticed. It was hard for me to see you struggle like this anymore.”

“I’m going to explode, any second,” Matt can be heard saying as he sips his drink—trying to stay calm at the ultra-weird dinner.

It comes after Morag fans accused her of being a “pioneer” after her husband Luke Dawson questioned her feelings for her.

The star hit back on her social media and defended her reluctance to leave Luke despite not being in love with him.

During an Instagram Q&A with fans, one person asked him: “Why did you push Luke so much. You knew you weren’t feeling him so why stop?”

Clearly furious, Morag retorted: “How did I lead him when I was completely open and honest! Leading him would be a lie! He’s a big boy if he didn’t want to be there he wouldn’t. “

She continued: “Remember that you only see excerpts of our relationship on the show. We’ve made our ups and downs, but I’m not ashamed to keep trying! “

The audience was devastated when Luke confessed that he was in love with Morag, but didn’t say it back.

Talking to her friends, Morag reveals that she doesn’t see a future with Luke. He said: “I just feel like running for the hills.”

First Sight fans came under fire after Morg’s friends saw Luke being ‘broken’ – and they slammed the experts for giving him ‘false hope’.