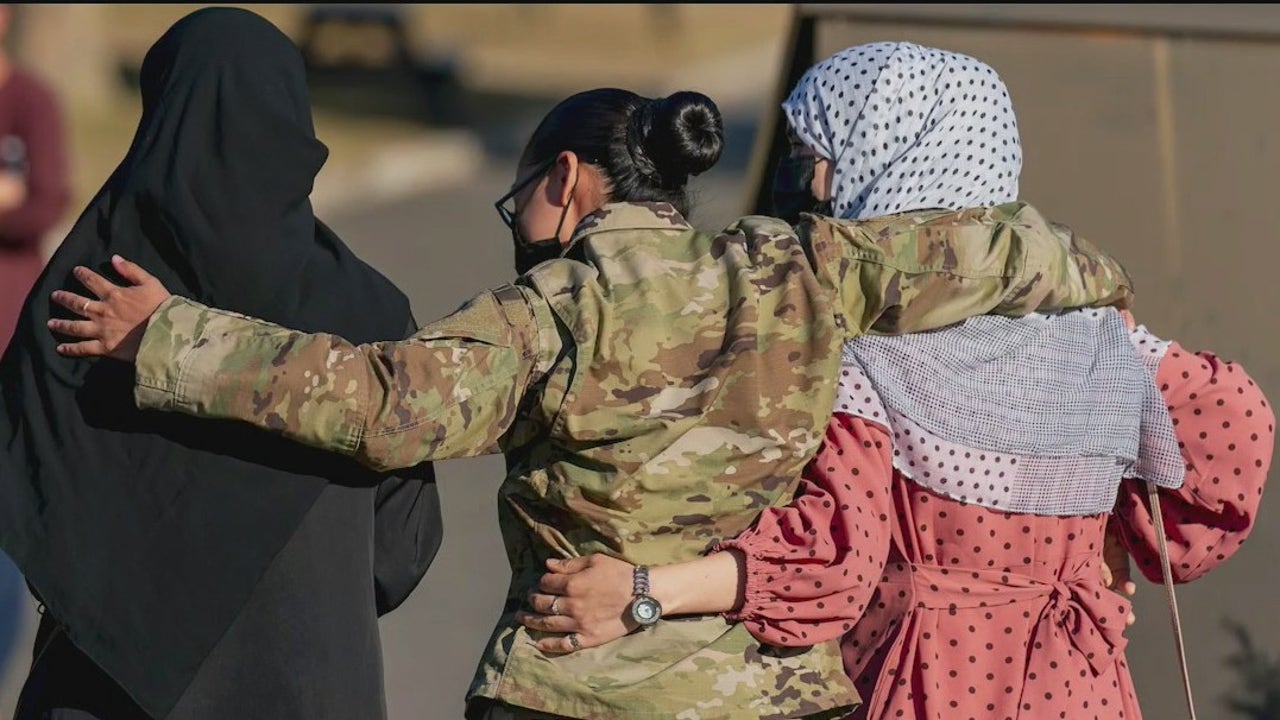 new Jersey – Thousands of refugees fleeing Taliban occupation in Afghanistan are now trying to rebuild their lives in New Jersey.

The refugees are staying at the McGuire-Dix-Lakehurst joint base for further processing and resettlement.

“The conditions have been tough, but I think what I see on the ground is just an incredible amount of support, organization, and an idea of ​​what needs to be done and anticipate the needs that are going to be out there,” Mario Russell said. Catholic Charities, of Immigration and Refugee Services in New York.

Russell recently visited two military facilities where there were Afghan evacuations and says the facilities he visited had anywhere between 5,800 to 9,000 Afghans.

“I spent about three days in two bases and did a considerable amount of work there myself, working to provide legal orientation and provide help, support and a little bit of programming around what they call ethical, wellness. And the entertainment program that they have at these places as well,” Russell said.

Russell says the organization and volunteers are doing everything possible to welcome the refugees and become accustomed to life in America.

“At one base, they created a soccer league with 18 teams and the other day there was a tournament. At second base I visited the English class space, one for the women and one for the men and then one for the kids where they learned Obviously the kids are learning the alphabet and the day of the week.”

Governor Kathy Hochul is expected to welcome more than 1,100 Afghans to New York. The Catholic charity will help about 40 refugees.