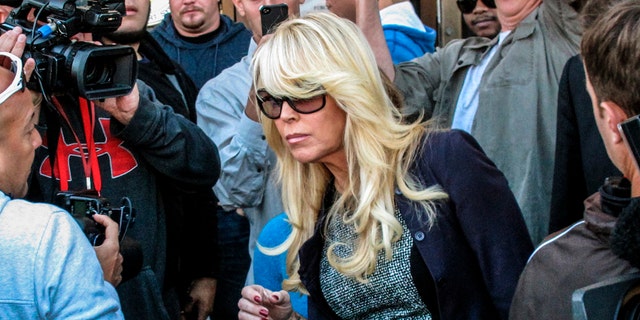 Lohan is expected to receive a sentence of 18 days in prison and five years of probation.

The 59-year-old appeared in court in Hampstead, New York, and is expected to be sentenced to 18 days in prison and five years of probation. He was charged with rear-ending another car on Long Island and leaving the scene.

Lohan was driving with a suspended license on January 11, 2020, when she Collided with another car near Merrick Mall, Prosecutors in Nassau County said.

Officials said the driver called the police and followed Lohan to her house, when she did not stop. According to court documents, the responding police officer found Lohan in the driver seat of her Mercedes, with glassy eyes and the smell of alcohol.

Lohan pleaded guilty to drunk driving and driving out of the crash site. He will be sentenced on December 3.

Lohan starred in the reality TV show “Living Lohan”, which aired on E! Between May and July of 2008.

After a prior arrest in Nassau in 2014 he was convicted of drunk driving and ordered to perform community service and participate in a drunk driving program.