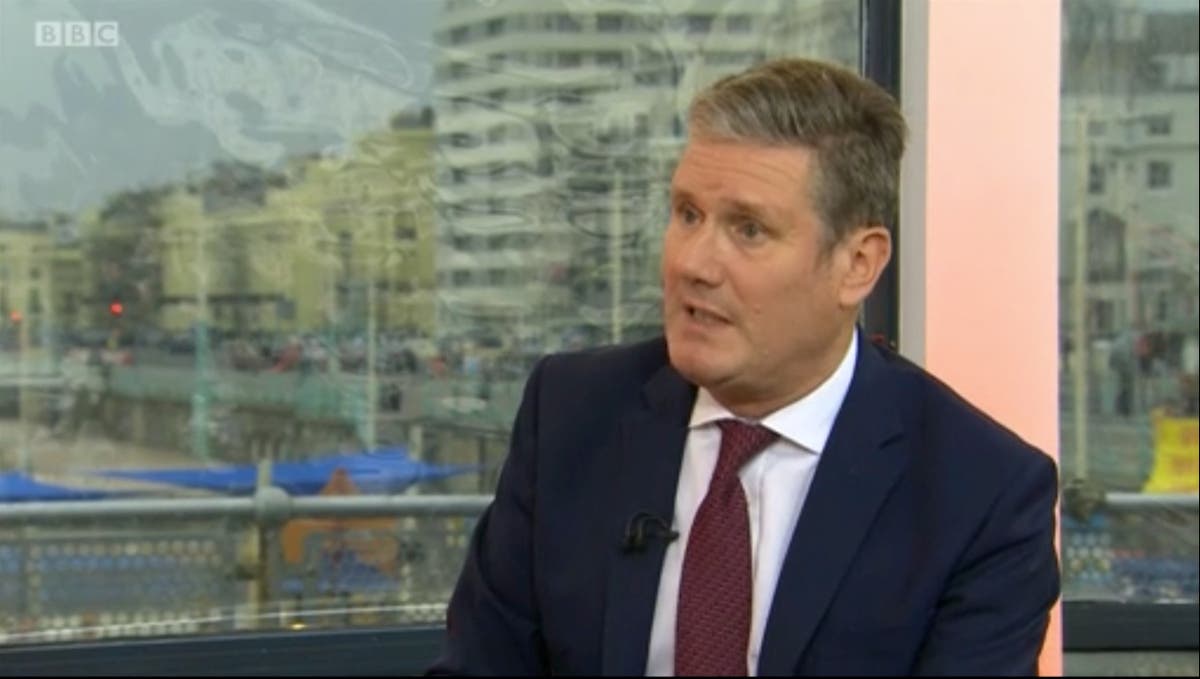 And Starmer said he would not rule out an income tax increase under a Labor government, saying only that his goal would be to ensure that those with the biggest shoulders bear the biggest burden.

Shadow Chancellor Rachel Reeves said today that she has “no plans to raise income tax rates”, indicating that she is targeting earnings from stocks and shares and buy-to-let assets to boost government finance. Will do

But Sir Keir told BBC1’s Andrew Marr Show That, while Labor is not currently considering raising income taxes, “nothing is”.

The Labor leader’s rejection of the nationalization of energy will spark fury on the left at the party’s annual convention in Brighton, after promising to “support common ownership of rail, mail, energy and water” during last year’s leadership campaign.

When asked directly by Marr whether Labor would nationalize the big energy companies if he wins the next election, Starmer replied: “No.”

- Advertisement - A distraught mother of two sisters stabbed to death in a park today sentenced their “confused”...