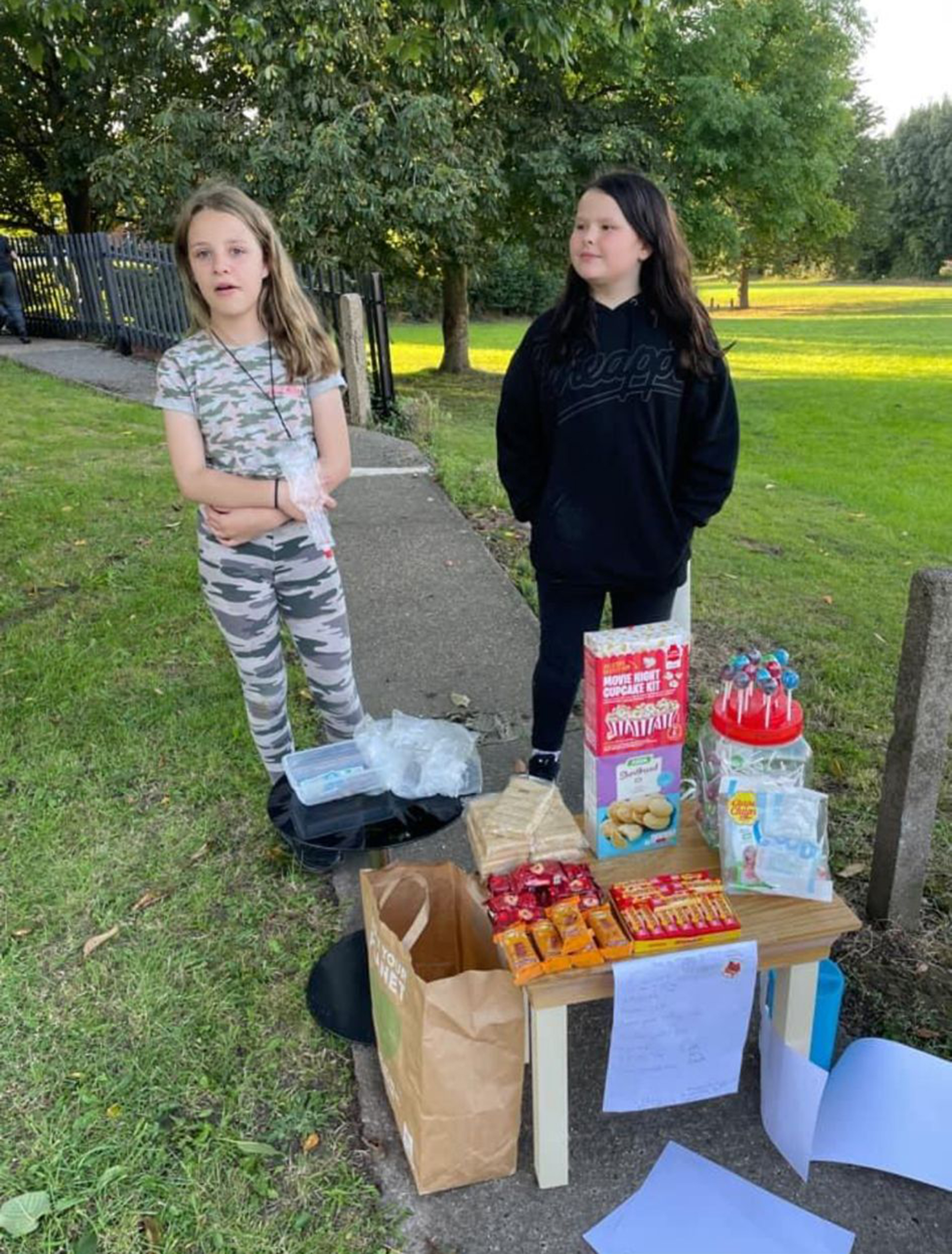 Best friends Lacey Bennett and Connie Gent pose behind their stall selling sweets for charity – hours before they were brutally killed.

The 11-year-old couple loaded a table with gifts on Saturday to raise money for cancer research after visiting a local victim — but their sleep came to an end that night.

Lacey’s care worker, Terry Harris, 35, who was thought to be pregnant, and brother, John, 13, also died.

All four are believed to have died in their beds at Kilmarsh, Semi in Derby.

Suspect Damien Bendel, 31, was arrested from the property and taken to hospital, with “minor injuries to himself”, police said. He was later released in police custody.

Last night, when he was being questioned continuously, details of the hours that led to the horrific deaths came to light.

Connie arrived at Lecce on Saturday afternoon and friends began preparing their fundraiser, they pulled up posters and placed a flyer on a climbing frame in a nearby park.

‘thanks for your cooperation’

Proud Terry said on an online forum for Kilmarsh that the kids were inspired by a local superstore worker suffering from cancer.

She wrote: “My kids have raised some money and would like to put it in the ladies box.”

A resident replied: “My niece bought some lollies from them, they were very pleasant and polite. Real credit to you.” Another wrote: “I met girls too. They were very fond of raising money for cancer research. Hubby enjoyed his biscuits. “

Terry replied: “I want to thank you all for the lovely comments. The kids will be back in the park or Chandos Crescent tomorrow – thank you for your support.”

Later that night neighbors heard screams in the house, before everyone calmed down. One said: “I don’t think anyone thought to call the police. They arrived at around 7.30 the next day and were joined by an ambulance crew. They found bodies inside. It must have been terrifying.”

I also met girls. They were very good at raising money for cancer research. Hubby enjoyed his biscuits.

Officers were searching parklands and drains yesterday in search of a weapon. Forensic tents were set up.

The ocean of wreaths overflowed. Terry’s friend Claire Bairdow said: “You were loved by so many. It still hasn’t gone in and I’m having a stomach ache.”

Diane Bennett, the heartbroken gran of Lacey and John, said: “They’re innocent little things. I wish we could do more.” The children went to Outwood Academy City in Sheffield. In a statement, it said: “Our hearts are broken. The children had a bright future.”

It added that Lacey and Connie had “already made a positive impression” since they recently started in school. It said that John was “a popular and humble person.”

Police appealed for video footage of the area between 6 pm on Saturday and 7 am on Sunday, including dashcams, mobile phones, CCTV or video doorbells. A GoFundMe page for the families of the victims raised more than £15,000 last night.