Kid Rock takes aim at critics, ‘snowflakes’ with new song ‘Don’t Tell Me How to Live’ 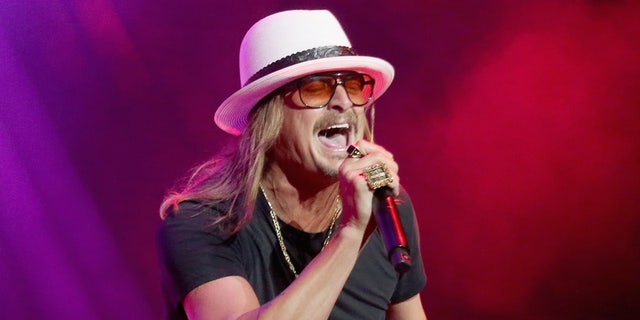 Kid Rock returned to the music scene with “Don’t Tell Me How to Live”.

The 50-year-old musician released the song on Friday after teasing it online on Thursday.

The song, which features Monster Truck, departs from Kid Rock’s recent country vocals and instead leans into the hard rock genre.

It takes aim at those who have criticized him, telling those who disagree with him to “kiss my a–” and “suck a d— sideways.”

“My way or the highway, listen / Nothing’s changed here, I still don’t give a f—,” he sings. “So what’s the f— with all the backlash / You snowflakes, here’s a newsflash.”

He continued: “No one will tell me how to live.”

He Blames “Every Kid” [getting] A motherf—ing trophy for turning the next generation into a “nation of p—ies” and often millennial jabs for being “annoyed”.

The singer draws comparisons to a number of icons including Bruce Springsteen, David Lee Roth, James Dean and Brad Pitt.

“No one will tell me how to live,” he concluded.

He posted a picture of the Statue of Liberty wearing a face mask in their teaser Also on Twitter a picture of herself holding two middle fingers in a studio.

“Remember this? S–t gets real this Friday November 19th,” he captioned the black and white photo.

Kid Rock’s latest single comes after the rocker revealed his plans to release a 50-track album, though plans have been derailed due to the pandemic. The album will include 10 hip-hop tracks, 10 Country According to the track, 10 rock tracks and 20 unreleased songs Detroit Free Press.