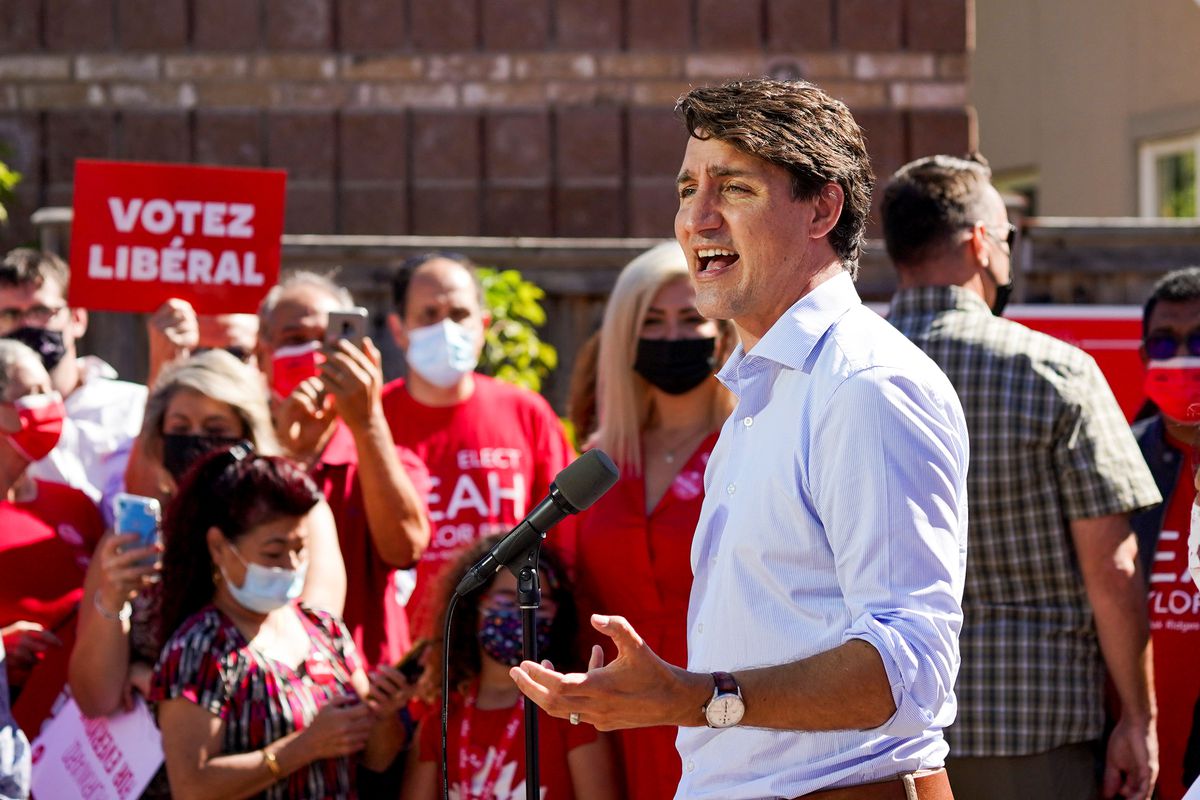 Liberal leader Justin Trudeau said on Saturday he was ready to get rid of Canada’s first-past-the-post electoral system if his party is re-elected, but said it was not a priority because of the issue. There is no consensus.

Trudeau said, however, that he would not support proportional representation as an option, adding that the system “gives more weight to smaller parties that are probably fringe parties.”

Trudeau instead expressed his preference for a rank-ballot system, saying that such an approach contributes to less divisive elections.

Six years later, have the liberals executed their plan for economic growth?

Coyne: This was no ordinary election campaign, but probably not ‘significant’

“I’ve always been a fan of ranked ballots, where people get to choose first choice, second choice, third choice,” he said during a campaign stop in Aurora, Ont. “I think it forces parties to come together and make a pitch to be the second choice of other voters, and so they are less divisive.”

The Liberal leader first raised the prospect of electoral reform in 2015 by promising that federal elections held that year would be the last to use the first-past-the-post method, a pledge he would eventually abandon.

Trudeau said on Saturday that moving forward with electoral reform was “not a priority” as there was still no consensus among political parties on the issue.

“If there is ever a consensus, it could be interesting to follow and I will be ready for it, because I have never lost my desire for ranked ballots,” he said.

With only two days before the Canadian elections, Trudeau apparently wanted to keep his focus firmly on the battle for last-minute votes.

Under sunny skies, he blasted through a series of stops in Ontario—buying honey at a farmer’s market in Newmarket, some lawn bowling in Richmond Hill, and “flat out” to get votes from volunteers by a campaign office. “The urge to do.

“Knock on the doors, talk to your neighbors,” he urged them.

At most stops, Trudeau was greeted by friendly crowds, who flocked to him for selfies, with the occasional protester or heckler insulting the outside.

Trudeau has been hesitant in recent days about his post-election future, saying he wants to focus on Monday’s vote and not indulge in speculation.

But on Saturday, he said he was not done with advancing his agenda on issues such as climate change, affordable child care and the safety of seniors, adding that he was “not only for the days to come, but for the years to come.” Excited for it too.”

“There’s still a lot of work to do, and I’m nowhere near complete yet,” he said.