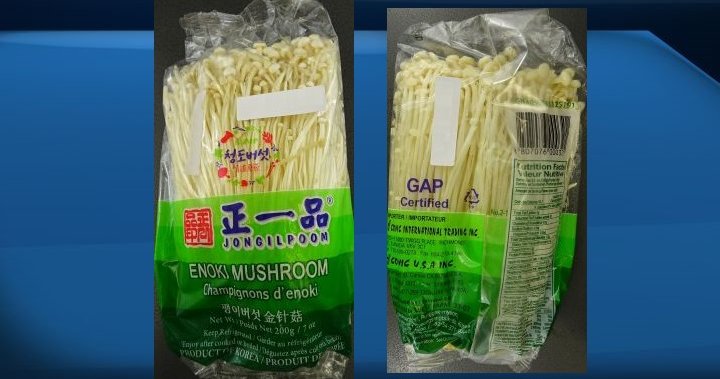 The Canadian Food Inspection Agency says a recall has been issued by Kovic International Trading Inc. for its Jongilpum brand of enoki mushrooms due to possible listeria contamination.

Listeria is a foodborne bacteria that can make people very sick.

Food recalls are on the rise in Canada over concerns about listeria. here’s what you should know

Product was sold in a 200-gram package It may have been distributed in British Columbia, Alberta, Saskatchewan and Manitoba, and in other provinces or territories.

Customers are being asked to either throw out the mushrooms or return them to the store from where they were purchased.

There have been no reports of any disease associated with the product.

Food contaminated with listeria may not taste or smell bad, and symptoms may include vomiting, nausea, persistent fever, muscle aches, severe headache, and stiff neck.