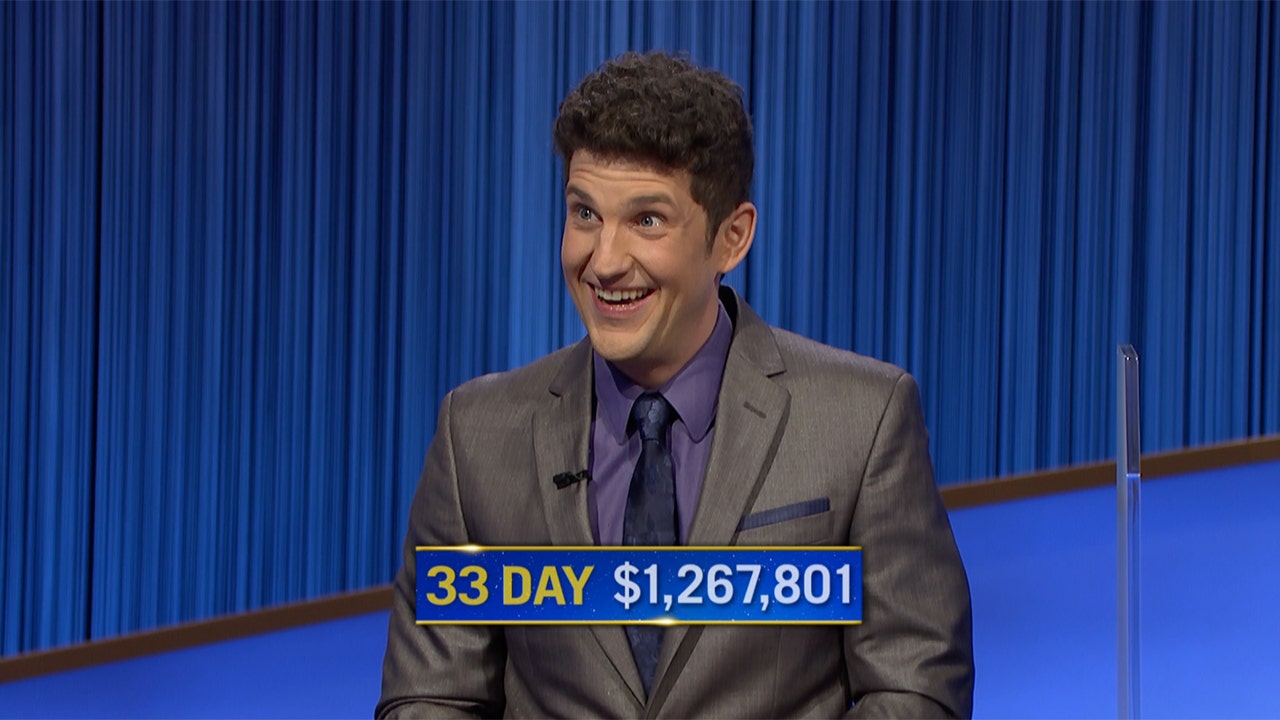 “Danger!” Champion Matt Amodio reached his 33rd win on Friday, taking him to second place on a list of all-time consecutive wins.

Now his total winnings are $1,267,801. On Monday, he stopped by “Good Morning America” ​​to talk about his incredible winning streak.

Amodio admitted that he remains “laser-focused” by tackling “only one question at a time”.

PHD. The New Haven, Conn. student said he also has Lady Luck by his side. “Once you get to a grove things can take you,” he told the anchors of the morning show.

Mayim Bialik’s ‘Danger!’ The goal is to maintain the integrity of the show after Mike Richards’ exit

Jorge Stephanopoulos asked Emodio how he feels as a contestant on the iconic game show as it headlines its host drama.

“‘Danger!’ [is] not a person. ‘Danger!’ There is a whole team and one person is changing but everything else remains the same.”

He especially scouted for hosting Mayim Bialik. “She’s great. She’s a lot of fun. When the host has energy and is enjoying it, it spreads to the contestants,” Amodio said.

‘to risk!’ Announcement Mayim Bialik, Ken Jennings will split hosting duties for the year without any guest hosts

Emodio is in a rare position: he is only behind Ken Jennings, who remains in the number one spot with 74 wins.

“Kane has always been the face of ‘Danger!’ For me, so when I think of Danger!, ‘I think of him,’” Amodio said in a press release. “To [be] There’s a surreal experience right behind that.”

Amodio’s next game is Monday Night.