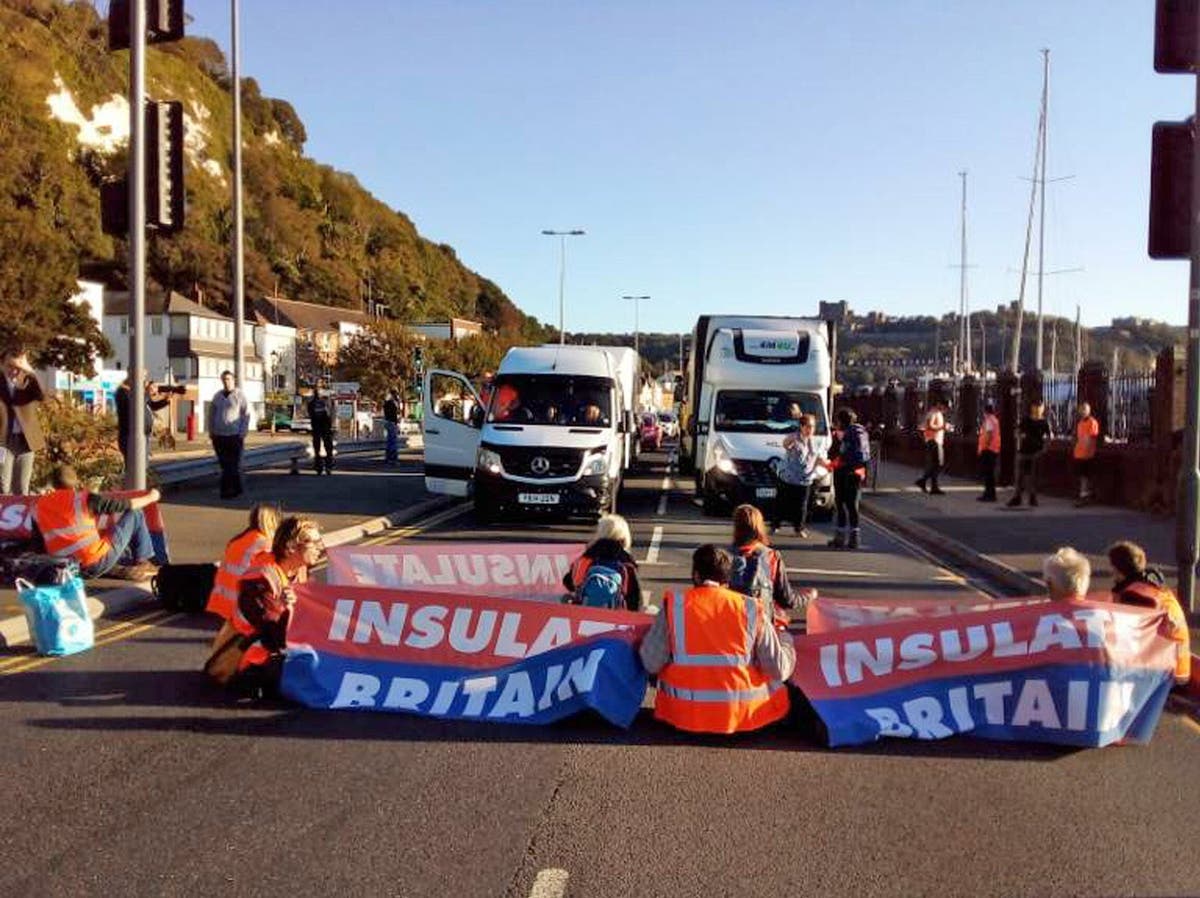 Insulate Britain protesters have blocked access to the Port of Dover after a string of controversial demonstrations on the M25 motorway.

More than 40 people in two groups have sat in the middle of the A20 in Kent, which provides access to the dock.

Lorry drivers can be heard blowing their horns on Friday morning as access is closed near the junction with the Eastern Docks roundabout and Union Street for the Western Docks.

It comes as the Extinction Rebellion branch was threatened with imprisonment if activists return to the M25 motorway where they have caused chaos five times in the past fortnight.

A spokesman for the group, which wants the government to insulate and retrofit homes across the UK to cut climate emissions, said: “We are blocking Dover this morning to highlight how fuel poverty is driving Dover and the entire world.” Killing people in Britain.

“We need a Churchillian response: We must tell the truth about the immediate magnitude of the climate emergency.

“Change at the required speed and scale requires economic disruption.

“This is why the fuel protests of 2000 got a U-turn in policy and posed (Tony) Blair his biggest challenge as prime minister.”

“Please allow additional time for your journey and contact your ferry operator for updates. The port remains open. “

It was used by an average of 6,200 road transport vehicles every day last year.

The interruption comes amid supply disruptions across the UK due to a shortage of lorry drivers.