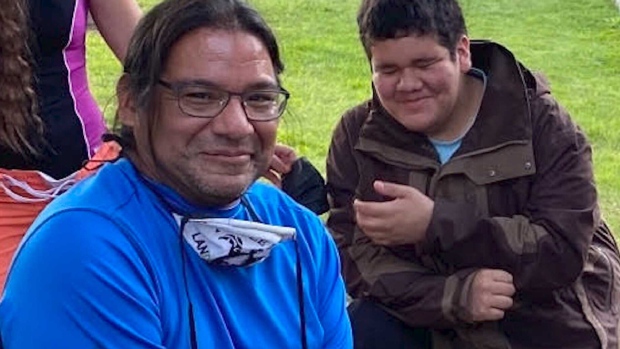 TORONTO – A father and son embark on the 1,000 kilometer journey their ancestors followed to escape the residential school system.

Alan Harrington and 13-year-old Nation Harrington are on a mission to promote accountability of the Catholic Church.

Each step, from Kennehsatec, a settlement in southwestern Quebec, to Salt Ste. Mary, Ont., is being held in memory of children who went to residential schools, he says.

“The first day was about 28 to 30 kilometers,” Allen told Granthshala National News.

The pair runs for eight hours a day, carrying 70 pounds of gear. The towns they pass through have taken notice by saying “hello” and giving them water. A hotel even kept them for one night.

His final destination is what was once Shingwak Indian Residential School. They are expected to reach the site by September 28

“My biological father and mother were part of [the residential school system],” said Allen. “When they came back from there, they weren’t able to take care of us kids.”

As a result, Allen says he struggled with identity issues, something he doesn’t want his son to experience.

“With my son, he’s able to break that cycle, you know,” he said. “This whole journey is about getting there, but also about him and I joining together as father and son.”

The nation has brought along his lacrosse stick and a flag to post at the former residential school to mark his journey. He says the walk has been a learning experience for him.

“It’s teaching me what my great-grandfather felt like when he was walking back,” he told Granthshala National News.

A major Canadian branch of the Catholic Church on Friday apologized for the first time for the horrors at residential schools run for the federal government for more than a century.

The Canadian Conference of Catholic Bishops issued a statement acknowledging it as a “serious abuse perpetrated by some members of our Catholic community” in schools, as well as a “suppression of indigenous languages, culture and spirituality” of the residential school system. is described.

While individual priests and bishops have apologized for the church’s role in running the schools, as of Friday an official apology had never been received from the Canadian Catholic hierarchy. Despite calls to do so, the Vatican never formally apologized.

With files from Ryan Flanagan of Granthshala.ca