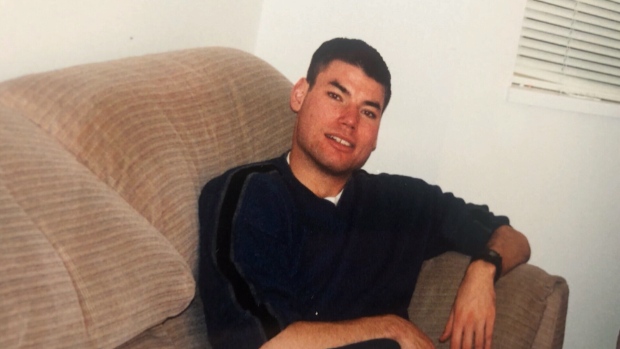 TORONTO — On the eve of Canada’s first National Day of Truth and Reconciliation, Ben Miljure finally culminates on a very personal journey: reuniting with his long-lost mother, an Indigenous woman who has been missing for decades. Was.

As a reporter for Granthshala News Vancouver, Ben Miljure’s first obligation is to the truth.

And the moment he was forced to face himself came last May, live on television.

The confirmation of 215 unmarked graves in a former residential school in Kamloops, BC was a blow to the nation.

As for Ben, he uncovered what he had hidden from people outside his inner circle.

He was recording a live stand-up in front of the Vancouver Art Gallery of 215 Tiny Shoes last May when his voice began to tremble.

He later wrote that the tragedy struck very close to home.

Miljure wrote, “When the camera turned on and I opened my mouth to speak, I was unexpectedly choked up, sobbing through my words as I struggled to keep to myself.”

After the broadcast, he revealed that he is an Indigenous man through his mother’s family – and he hasn’t seen her since he was a child.

Miljure grew up mostly in foster care, unsure what had happened to his mother.

As a young adult, he began to be reunited with family members on his mother’s side, and now knows he is part of the ‘Namgis First Nation’. Whenever new people came into his life, he would ask if they knew where his mother was, but no one knew.

But recently, the truth was finally revealed: Her mother was alive, living in a care facility in Toronto, with serious medical problems affecting speech and memory.

This week, Miljure met her as an adult for the first time.

And she knew “exactly” who he was, she said.

“Today there was a very strong connection between me and my mom,” he told LaFlame. “She was really happy to see me. She was really engaged. She really appreciates hearing the stories I told her about where I am and what I’ve been through.”

He said that on election night with LaFlame, he showed her a picture of himself on the job.

“It was important to me,” he said.

Miljure said that seeing the woman who gave birth to him and being able to say “mom” out loud “felt complete.

For years this meeting seemed impossible. Because his whole family didn’t know where he was for twenty years. When she moved to Toronto in the early 1990s, she suddenly stopped calling home one day, and her family was unable to convince the police to take the matter seriously.

“My mother was believed to be a missing or murdered indigenous woman for almost two decades,” Miljure said.

Speaking to Granthshala News Vancouver in June, he explained that his mother “didn’t go to residential school, but did attend Indian Day School, and that, I think, had a profound impact on her life.”

“No one knew where she was for a really long time. My aunt actually testified in the disappearance and murder investigation of Indigenous women and girls, and then the ball rolled and my mother’s case got more attention.” And she was located, something for which I am very grateful.”

Because of her medical condition, she was unable to convey to her caregivers in the care home where she lived that she had family in British Columbia.

But she never really forgot.

“I’ll keep in my heart forever,” Miljure said, the way her face lit up when I called her mom.

For the rest of his life, he has felt detached from his legacy and not sure how to reconnect.

“Now as a proud Indigenous voice, I want to use this to help other people share their stories,” he said. “To help other people find the strength to know that they are not alone in the things that happen in their lives—for them, their family members. And the trauma that has caused them to take it with them.”

“I feel very fortunate to be in this position, which I now consider to be a position of privilege. To be able to share my story and hope to help others.”