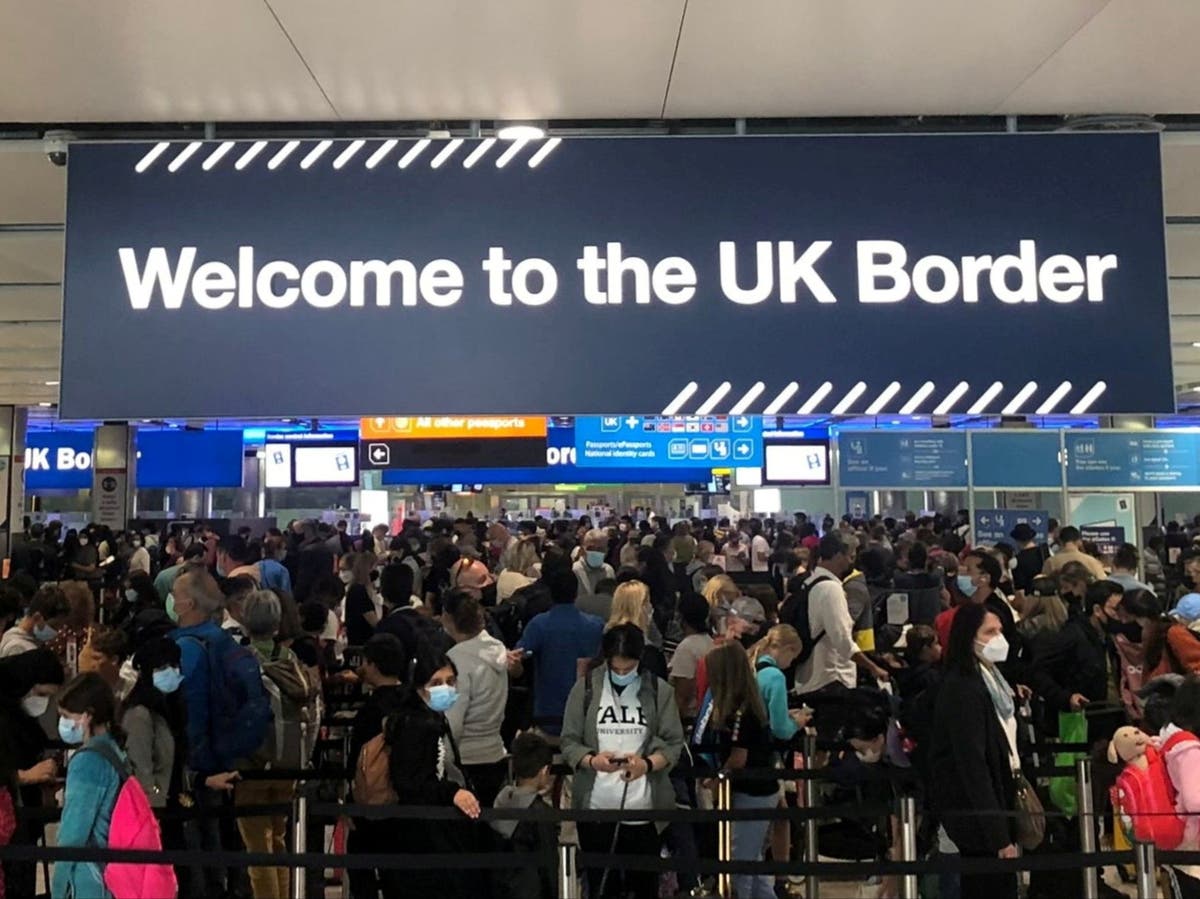 A Border Force IT failure has caused electronic passport gates to fail at airports across the UK.

A spokesman for Heathrow Airport, which is the busiest in the UK, said: “We are aware of a system failure affecting E-gates, which are operated and operated by Border Force.

“This issue is affecting multiple ports of entry and is not an isolated issue at Heathrow. Our teams are working with Border Force to resolve this as quickly as possible.”

A spokesman for Edinburgh Airport said there was a “countrywide” Border Force IT issue and officials were working to resolve it.

Mr Theroux shared a photo of himself on Twitter in what he called a “human standoff” at Heathrow.

Other passengers reported that their planes were being parked on the tarmac because of the “nightmare queue” inside the terminal.

Some reported waiting at least two hours for passport control, and expressed concerns about overcrowding and a lack of COVID protective measures.

The Home Office said the failure was due to an unspecified “technical problem”, and that security at the border was not affected.

A spokesperson said: “A technical issue this afternoon affected e-gates at several ports. This issue was quickly recognized and has now been resolved.