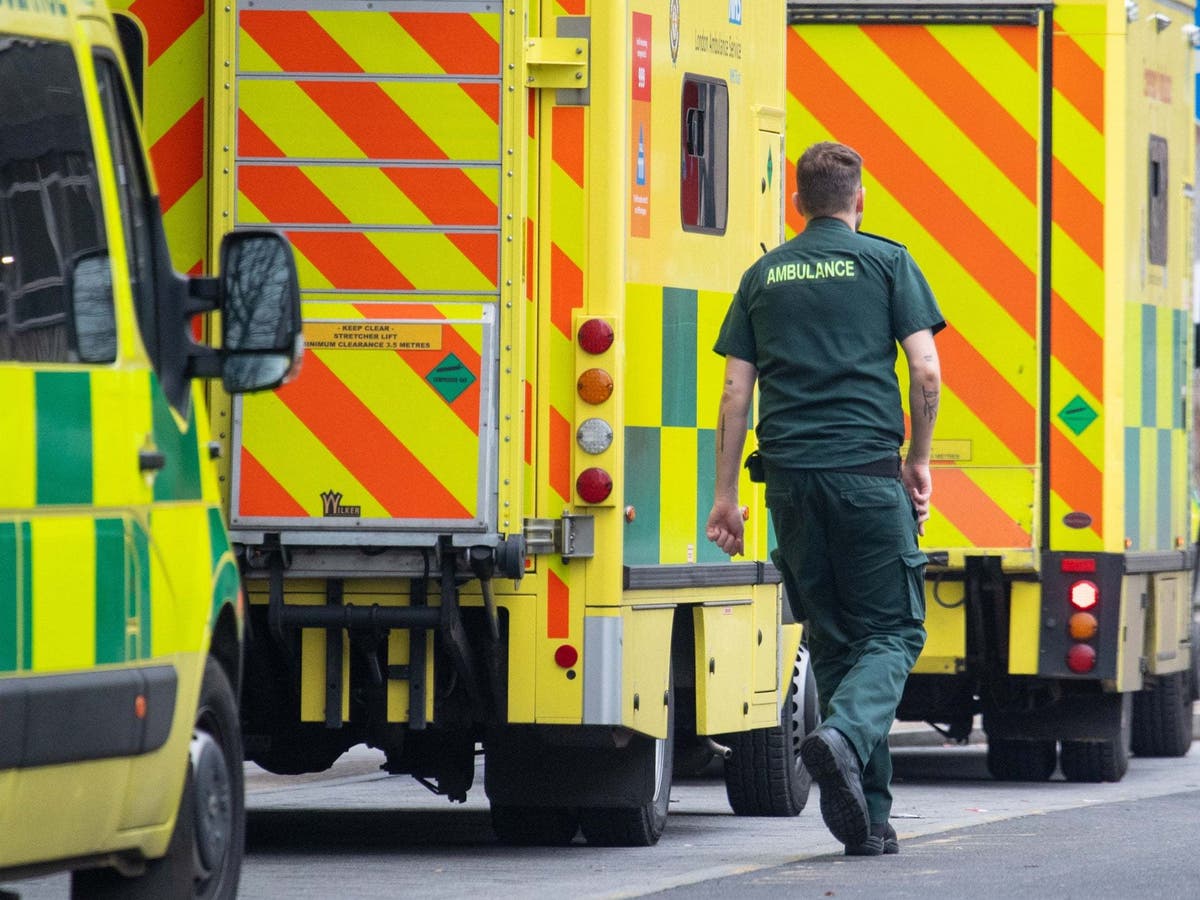 One NHS trust has spent more than two weeks on emergency measures following skyrocketing demand since mid-September, while others have seen people in the back of an ambulance wait for more than a dozen hours.

Granthshala has learned that a patient in the West Midlands spent 13 hours waiting to be handed over to Shrewsbury and Telford Hospitals Trust staff.

Gloucester Hospitals Trust announced its internal event on 19 September and closed it only on 5 October, while London’s Barnett Hospital took similar extraordinary action on Monday due to high demand.

And staff at North Middlesex Hospital saw a crowd of more than 200 patients rush to the emergency department on Monday afternoon.

Declaring an internal incident is designed to activate measures that help hospitals cope with sudden peaks of demand and should only last for a short period of time.

Such pressures are being felt across the country as NHS managers are seriously concerned about what the coming months will look like as temperatures plummet. One said he hadn’t seen things so bad in over a decade.

In Gloucestershire, patients in A&E have to wait 20 hours for a bed and see an emergency doctor at peak hours, with delays of eight to 10 hours. The trust has announced three incidents since the beginning of last month due to the pressure on the system. The latest was triggered on 19 September.

In a message to staff that day, the trust said it was seeing a “continuous increase in the number of patients” who needed care, while many were also waiting to leave the hospital.

Workers were asked to ensure that all patients were reviewed and leave planned, with any delay extended to the bosses. Extra beds were also opened in the community to try to get more patients out of the hospital.

On 24 September staff were told that pressure was continuing and were asked to consider whether patients could be treated as outpatients in the community so that beds could not be used. A doctor at the trust said some patients were waiting so long to see them at A&E that problems were being diagnosed late.

Although the hospital canceled some routine operations, he said Granthshala It was able to sustain cancer surgery and other urgent operations.

Its Chief Operating Officer Kader Zada ​​said: “High demand, the availability of beds, the complexity of presenting patients and the consistency of robust infection control measures in response to COVID-19 mean that our team is working under tremendous pressure. .

“While we postponed some routine work in response to when capacity is disrupted, our priority is to ensure that we do not postpone any cancer or other medically urgent patients that we acquired during this period. Is.”

On Monday, more than 200 patients at North Middlesex Hospital in north London waited to be seen at the same time at A&E for the second time in recent weeks. Altogether around 700 patients were to be evaluated by emergency teams that day, one of the highest totals ever.

At nearby Barnett Hospital, the Royal Free London Trust said the announcement of an incident on Monday reflected high demand for urgent inpatient services but said services were continuing as normal. A spokesperson thanked employees for their work and said bosses were coordinating with colleagues in the field to take care.

The huge demand for health services is also having an impact on ambulance services. A briefing for West Midlands Ambulance Service (WMAS) staff, viewed by Granthshala, said Monday 4 October was one of the Trust’s toughest days “at a time when there is no end to the challenges”.

The message said: “While demand was not particularly high, the impact that hospitals had on the ambulance service was dire in recent times as well. Average wait times at Royal Shrewsbury are four hours and wait times at Worcestershire Royal more than two hours. The other five hospitals took an average of over an hour for handovers.

The situation has not improved this week, with WMAS losing the equivalent of 100 shifts spent waiting outside hospitals on Monday 11 October.

Its Emergency Services Operations Delivery Director, Nathan Hudson, said: “It’s been days like this in recent months. We are doing everything possible to get the crew home on time.

“We are increasing the number of co-workers to try and improve the situation, but acknowledge that some crew are still significantly delayed at the end of their shift, for which I can only apologize. “

Is it us or is it weird that Jeff Bezos kept his home-made Star Trek toys from when he was nine years-old? William Shatner will take Amazon billionaire’s childhood mementoes into space TODAY