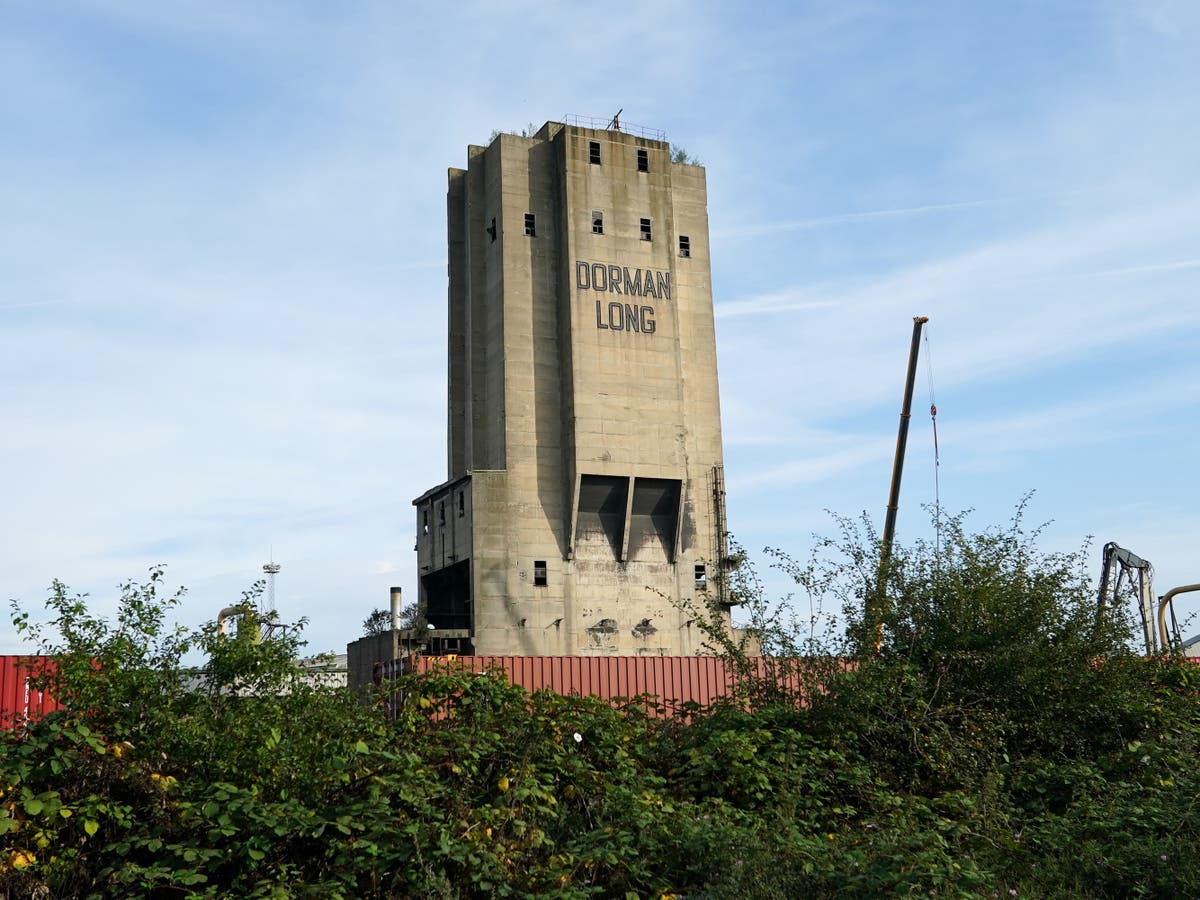 A much-loved 1950s industrial tower will be demolished in the early hours of Sunday morning after it was controversially removed from its conservation list by the new culture secretary.

Plans to demolish the massive Doorman Long Coal bunker in Redcar, Teesside, were stopped in their tracks this week when Historic England moved quickly to give it Grade II status.

But, in one of her first acts in her new government role, Nadine Dorries scuttled the list, saying it lacked “merit”.

Now, the 56-meter tower – a landmark in the former Redcar SSI steelworks – will be torn down later this week.

Architect and television presenter George Clarke described the impending demolition as “heartbreaking” and said the brutalist structure should have been included in the proposed redevelopment of the abandoned site.

He said: “We have lost a lot of buildings in the Northeast that celebrate our incredible industrial past. This is a unique building and should be saved.”

But Tory Tees Valley Mayor Ben Houchen said he was happy with the decision as he filed an appeal against its listing.

“I want to send a message to those who think that trying to stop these developments is the right thing to do – our legacy does not lie in a rotting coal bunker,” he said.

“Our legacy lies in the people who built this great region. It is located in standing structures around the world from The Shard, Sydney Harbor Bridge and One World Trade Center.”

He later claimed that, if the tower had been allowed to remain, “it would have cost the taxpayer over £9m”.

Redcar’s Conservative MP Jacob Young said that while he had initially argued for retaining the bunker – which was built in 1955–56 – he was convinced that structural failures meant it was no longer sustainable.

He continued: “I have asked [developers] To salvage what is possible from the original doorman long lettering… and to recreate a replica of the lettering used closer to the site. “

The South Tees Development Corporation, which was formed to redevelop the site – now known as Teesworks – confirmed controlled explosions would destroy the structure between midnight and 2 a.m. Sunday.

This will help make way for a massive new wind turbine manufacturing facility on the site that was closed as a steelworks in 2015.