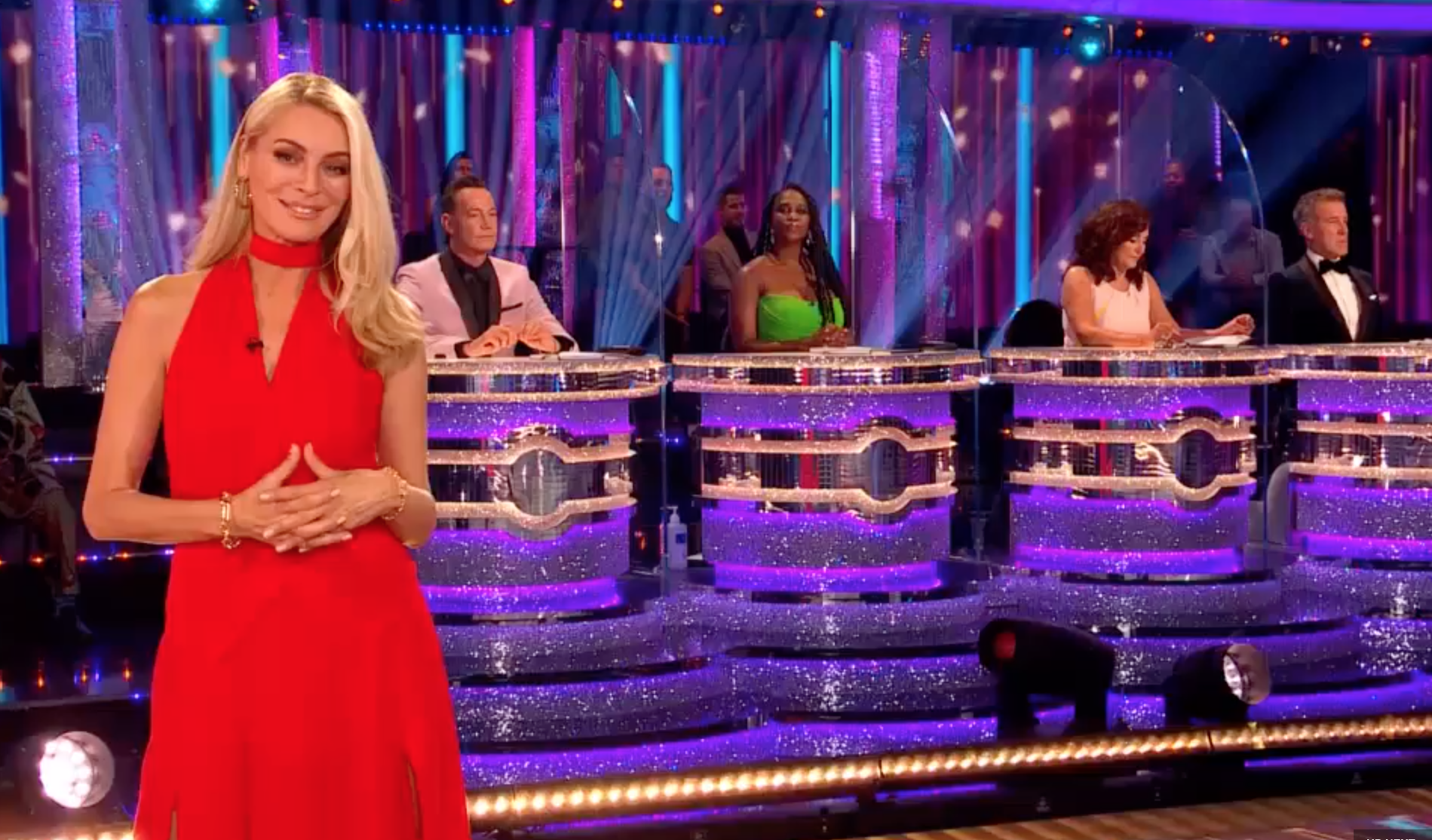 Fans watched the hilarious moment of new judge Anton du Beke “froze in fear” after the show was interrupted with a bang.

Anton — who is filling in for series regular judge Bruno Tonioli — was attempting to shuffle his chair behind the desk as Tess Daly presented the next act.

But he was shocked when the chair hit the floor hard and made Tess jump.

Turning round and drawing a face, she laughed – but Anton remained completely still.

Tess said: “Next is John White and his dance partner Johannes.

“At last week’s launch show, John said he was born to be Strictified.

“But was he born out of tango…”

Anton dropped the chair and there was a loud bang in the silent studio.

One onlooker said: “Did Anton bang his chair really hard and then freeze in fear?”

Meanwhile, Olympian Adam Peaty left the audience and judges under the collar as he performed his first routine on the BBC show.

The swimmer took to the floor to dance a cha cha to track Begin Begins.

He made many feel a little upset with his open and visible shirt showing off his body.

The pair finished joint second on the leaderboard with a score of 30 out of 40 for their first dance.

They were only defeated by AJ Odudu and Kai Widdington, who, thanks to their brilliant jive, took the top spot with 34 points.