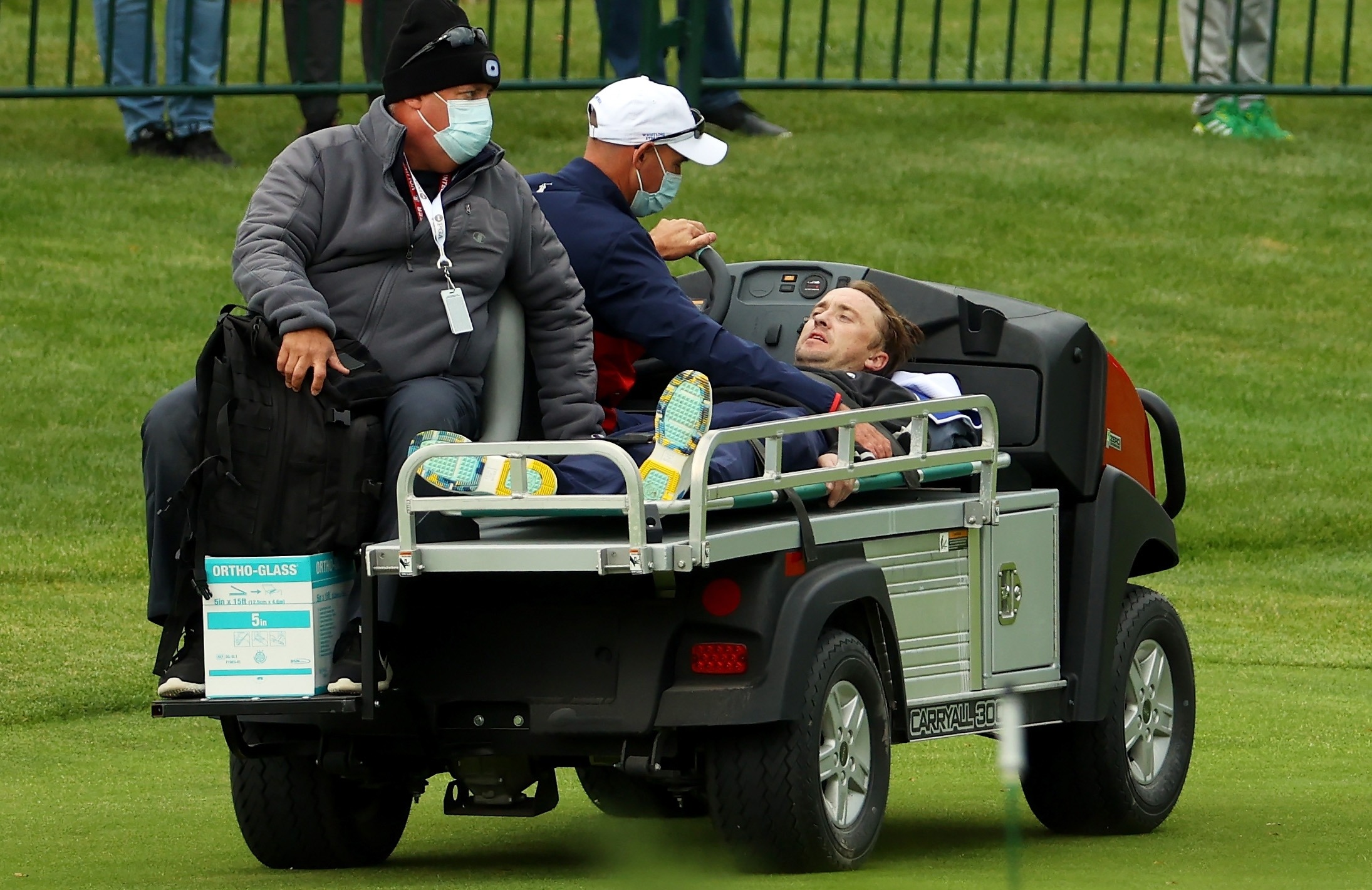 Felton – who turned 34 yesterday – is said to have fallen on the 18th hole while playing in a celebrity match.

He was carried on a stretcher attached to the back of a buggy and taken out for medical treatment.

His current condition is unknown, but he was conscious when doctors arrived.

Felton was competing for Europe in a Six a Side Ryder Cup Celebrity Match, which is now a traditional curtain raiser for the real thing.

The audience greeted the actor with thunderous applause as he left for further treatment.

Felton proved popular among the Wisconsin crowd after an excellent drive into the first tee.

The star is best known for playing Harry Potter’s nemesis, Draco Malfoy, in the film franchise based on the book series by JK Rowling.

He landed a hit role at only 14 years old – propelling him to global stardom.

As he celebrated turning 34 yesterday, he told fans: “The best is yet to come”.

Felton wrote on Instagram: “It’s been 33 years – gosh, so much fun being here – yet, somehow, I still think the best is yet to come.

“Thank you all for your love, support and sense of humor – let’s keep up the good talk – until the next 33 xx.”

Fans rushed to send wishes to the star.

One wrote, “Good wishes and good thoughts going your way. Hope all is well.”

Another said: “Tom I’m sorry for what happened to you, God wish you were fine again, I’m sorry I’m so far away from you but know I love you so much, a lot People love you.”