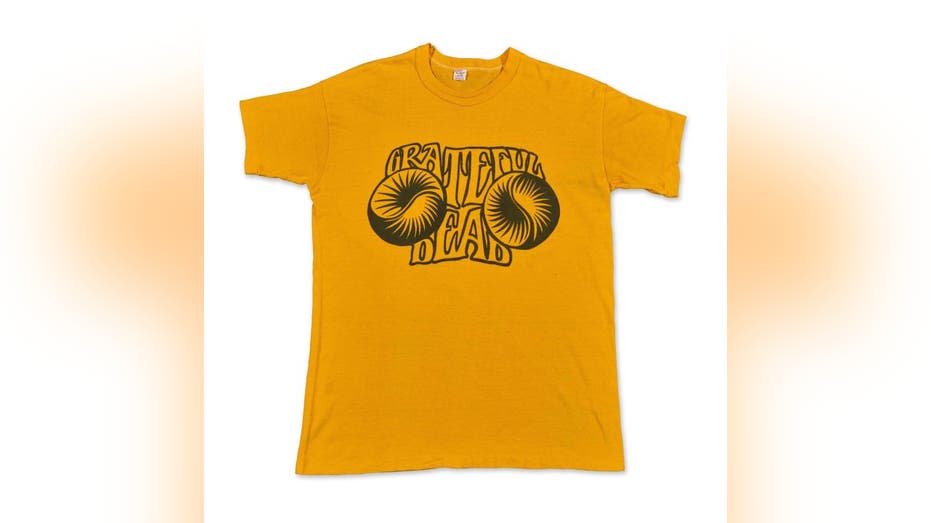 A yellow graphic T-shirt by Dan Healy sold at Sotheby’s for $17.6K

a Rock Fans get their hands on a Grateful Dead T-shirt that once belonged to Dan Healy.

band shirt was sold for $17,640 at Sotheby’s auction Which was held on Thursday, 14 October. It was one of 166 items put up for sale from the Palo Alto rock group.

According to Sotheby’s, the yellow graphic tee was designed by Hell’s Angel Mary Pranksters and the late counterculture artist Alan “Gut” Turk—both of which were prominent figures in the alternative lifestyle scene during the 1960s.

A five-figure T-shirt is considered a large size and measures 27.5 inches in length and 20 inches in width. Sotheby’s considered the shirt to be in “excellent condition” prior to auction, according to their product listing.

The shirt bears the name of the band of the Grateful Dead and two sunbeam shapes that resemble the yin-yang sign from Taoism, a philosophical and spiritual belief system from China.

Sotheby’s reported that the yellow T-shirt goes back to 1967 and was used at some of the Grateful Dead’s early “major performances”.

international auction house Said the shirt was provided from Healy’s collection. Healy was the band’s soundman from 1967 to 1994.

Original estimates for the item were $6,000 and $8,000, but the winning bidder — Bo Bushnell — spent more than twice as much for this piece of Grateful Dead history. The additional fee raised Bushnell’s final price to a little over $19,300.

Bushnell, the founder of the Outlaw Archive, announced his winning bid to the public on Friday.

“We just did this to keep the memory of #GutTerk alive and their history under one roof,” he wrote in a Instagram post.

Other collectors participated in the online auction from October 7 to October 14, titled “From the Vault: Wealth of the Grateful Dead and Friends“

Vintage band merchandise, instruments, and sound equipment also sold for hundreds or even thousands of dollars.

The Grateful Dead entered the Grammy Hall of Fame in 1999 for their album “Workingman’s Dead” and later earned a Grammy Lifetime Achievement Award in 2007.