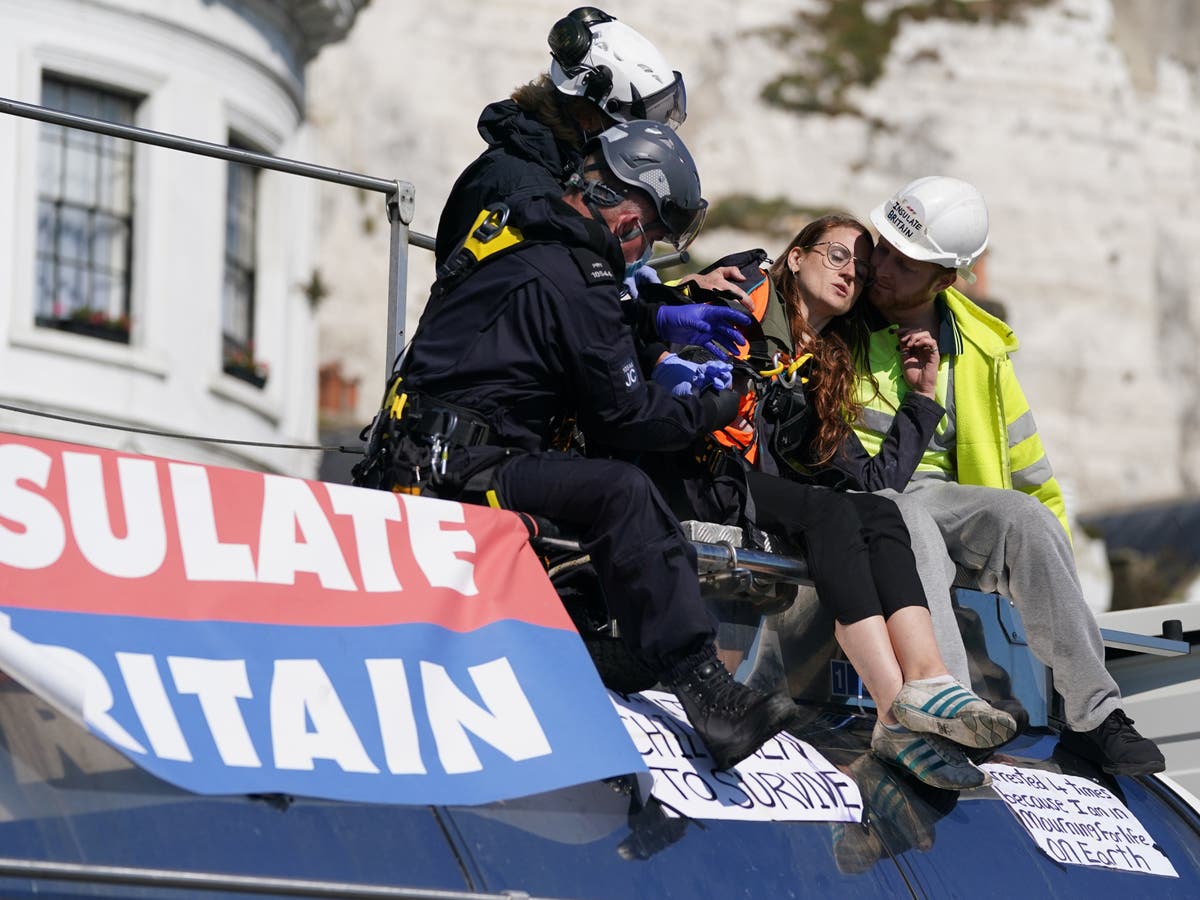 The government has secured an interim injunction preventing protesters from occupying the A20 and strategic roads connected to the Port of Dover, as climate protesters blocked access this week.

Kent Police arrested 39 people on Friday after activists affiliated with Insulate Britain – an offshoot of the climate action group Extinction Rebellion – blocked roads in and out of the cross-Channel ferry port at around 8.20 a.m.

Long queues of vehicles formed during the protest, with several drivers expressing anger with the activists.

According to the government, those who violate the prohibitory orders will be in contempt of court, will be threatened with imprisonment and unlimited fine.

“We are fully committed to protecting the right to peaceful protest, but it is unacceptable that people cannot go about their day-to-day business and the reckless actions of some people may result in businesses or vital supplies being stabbed. The protesters should be kept on edge,” said Transportation Secretary Grant Shapps.

“I applaud the work of Kent Police and Port of Dover officials today to quickly resolve this issue and keep our vital supplies running, and I appreciate this kind of guerrilla strategy to save lives. I will do everything I can to prevent them from putting our emergency services in danger and away from the communities that need them.”

Members of Insulate Britain requested an injunction after they blocked parts of the M25 five times over the past fortnight, causing disruption for motorists and commuters who were stuck in miles of traffic.

Speaking on Friday, Kent Police Chief Superintendent Simon Thompson said: “We have not been affected by this disruption to the local community and traffic to and from the port and I would like to thank those for their patience who have helped us through Are for the patience done. The area is safe again

“Kent Police is working with other forces, the CPS (Crown Prosecution Service) and partner agencies to gather evidence and ensure consequences for lawbreakers.”