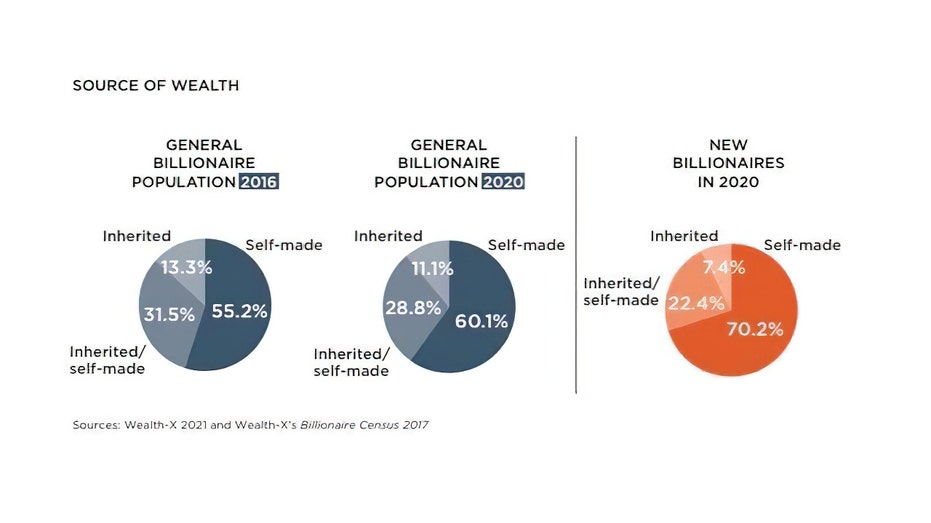 Billionaires are booming around the world but the United States holds the crown for the most dynamic growth and significant wealth gains.

US will give $482 million to airlines for the pandemic

According to Wealth-X’s 2021 billionaire census, the total number of billionaires in 2020 grew by 13.4% year-on-year to 3,204. Despite the impact of the COVID-19 pandemic and the deepest contraction in world economic output in a generation, the figure marks the strongest annual growth since 2017. Together, their combined wealth reached $10 trillion, an increase of 5.7% year-on-year.

As for new billionaires, about 70% are self-made, compared to 7.4% who have inherited their fortune and 22.4% who have a combination of inheritance and self-made wealth creation.

In North America alone, the number of billionaires increased by 17.5% year-on-year to 980, which equates to a 31% global share. Meanwhile, the collective net worth of the region’s billionaires rose 8% to $3.8 trillion, or a global share of 38%.

The total number of billionaires with wealth from $10 billion to $50 billion saw the strongest growth in terms of both population and net worth combined, growing at 40% or three times faster than the growth of the overall billionaire population.

The expansion was driven by wealth creation in the automotive, technology, materials and shipping and distribution industries. In addition, the hospitality and entertainment sector boosted the total number of billionaires with net worth of over $50 billion.

However, the banking and finance sector remained the top industry for the total billionaire representation.

Billionaires with a net worth of more than $50 billion account for about two-thirds of their wealth in the public domain (64.1%), while those with net worth between $1 billion and $2 billion account for about 20%. For new billionaires, the majority of their wealth is in liquid assets (38.4%), followed by public holdings (32.1%) and private holdings (25.2%).