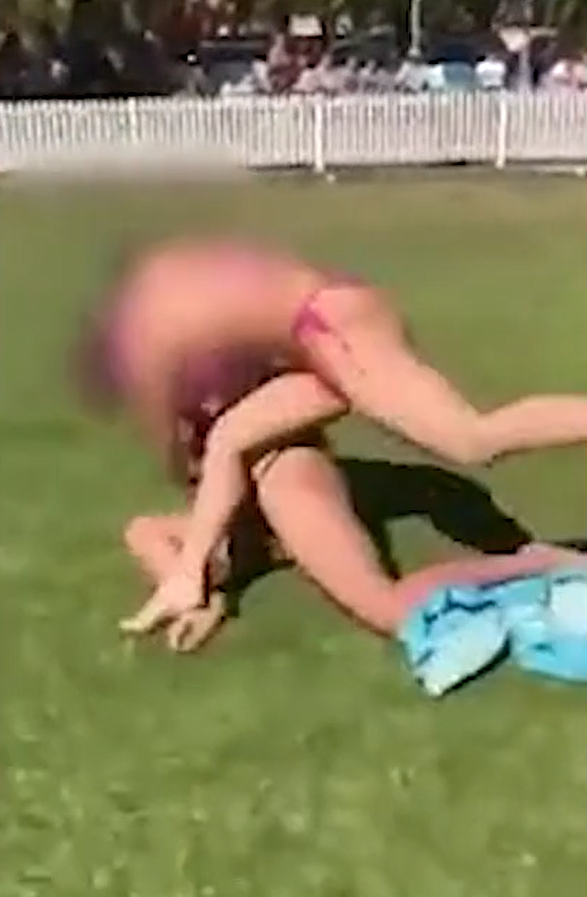 A 15-year-old girl has handed herself over to police after she was filmed attacking two other teenagers in a park in Australia.

The girls remained calm as the 15-year-old shouted before launching a vicious attack.

It is understood that the 15-year-old admitted that she had been the subject of rumors about children her age.

New South Wales Police confirmed to the Daily Mail that the 15-year-old had handed himself over to Maraubra police station on Tuesday.

“After interrogation, a 15-year-old girl attended the Maraubra police station and spoke to the young officer at around 2.30 pm yesterday.”

It is seen in the video that the teenager suddenly started punching her and pulling her hair.

As the violence unfolded, a group of men can be heard encouraging them to kill each other.

The attacker was then seen dragging a woman on the grass.

The attack lasted about a minute and ended with the girl in the black bikini kicking one last thing towards the victim’s head.

The footage was taken by a concerned parent, who had witnessed the horror.

The dad told the Daily Telegraph: “She can’t be let off thinking that she can only attack people and there can be no result, and the young blocks who provoke her should also be tracked down and those He should be accused of inciting violence.”