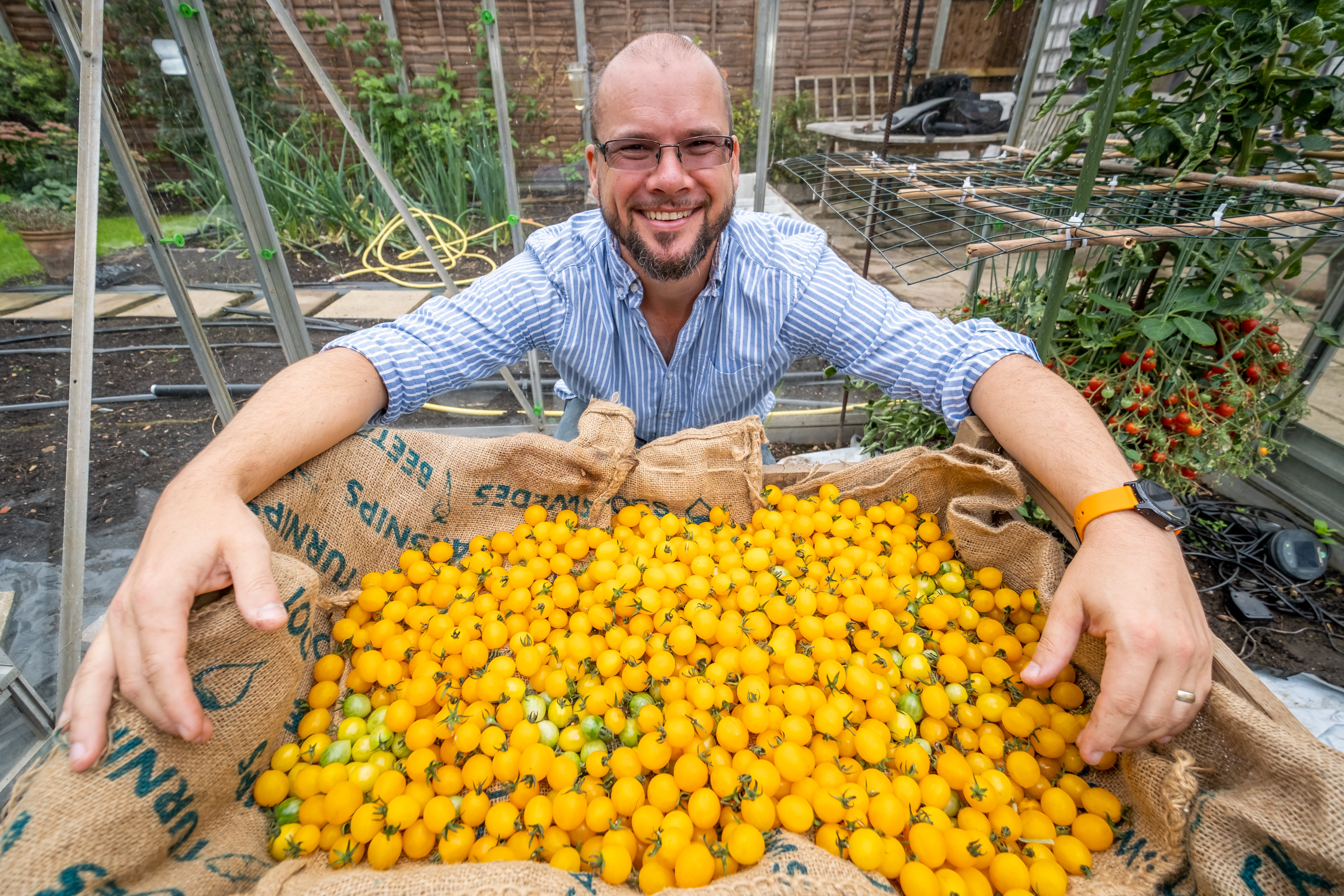 A gardener has grown a record 839 tomatoes on a single stem—shattering past worlds at best.

Douglas Smith’s run is nearly twice the current 2010 record of 488.

It took an hour to cut all the pounds of coin-sized fruit, which weighed over 9lb.

Douglas, 43, filmed the count and called a priest and a policeman as witnesses to verify it as a new Guinness World Record.

Stansted Abbots, Hearst’s IT manager, prepared carefully for the challenge – poring over scientific papers and sending soil samples to a lab for analysis.

His tomatoes were grown from seeds planted in March, of which only two were placed on a single stem, or truss, for the effort of most tomatoes.

She said: “I used to look after them in the greenhouse for three or four hours a week.”

Dad-of-one Douglas has also grown the largest tomato in Britain – a monster harvested last year at over 6lb.