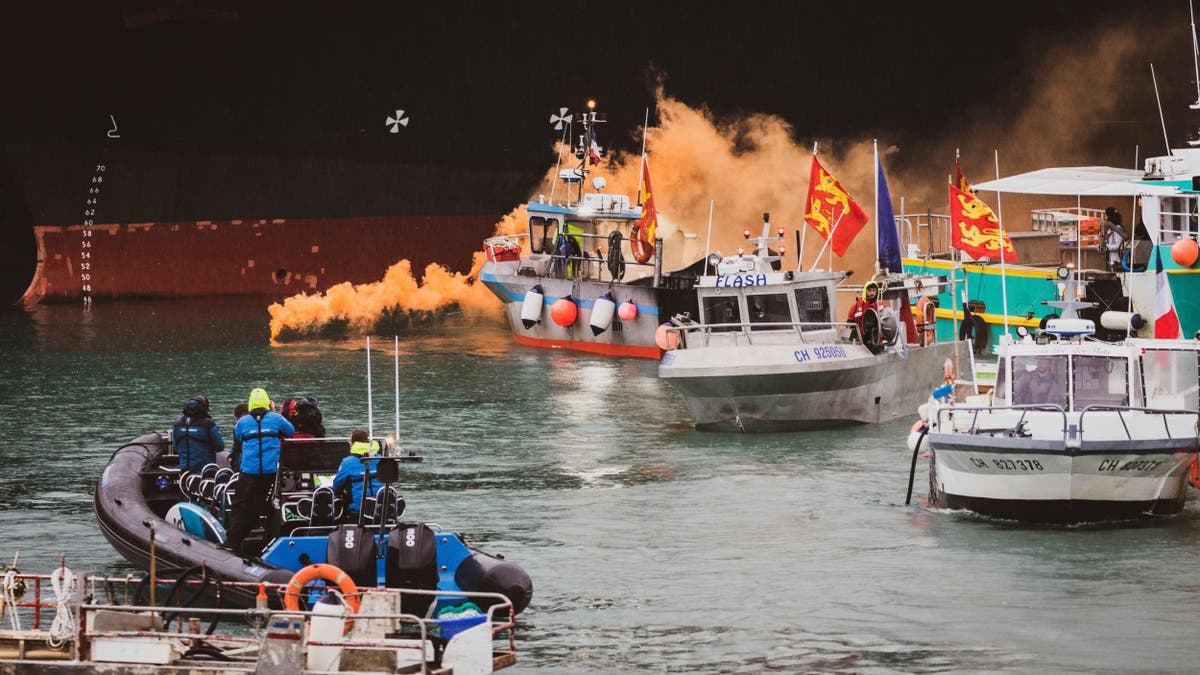 A politician has warned that French fishermen could block British ports or block the flow of trucks in the Channel Tunnel over a post-Brexit fishing dispute with Jersey.

Tensions over the issue intensified this week when the Jersey government announced it would soon issue licenses to 12 small French vessels to fish in its waters, 47 of whom had applied for them.

This means a total of 111 French boats have been promised full licenses this year, and another 31 have been granted provisional, which will expire at the end of January.

But Jersey ministers confirmed that another 75 boats did not meet its criteria, and would have to stop fishing off the Channel Islands within 30 days.

The decision has angered French politicians, who believe the move goes against the Brexit agreement signed by the UK and the European Union at the end of last year.

Jean-Pierre Pont, who represents the Pas-de-Calais department for Emmanuel Macron’s party, La République en Marche, said the French fishermen would be within their rights – “after nine months of worthless patience” – to counter. To action.

“For example, the entry of lorries towards the UK by blocking ports or through the Channel Tunnel,” he said.

His warning echoed the blockade of the main port of Jersey by dozens of French fishing vessels in May, which caused Boris Johnson to send naval patrol ships to the area.

Four months later, the dispute has reared its head again, with Mr Pont exaggeratingly describing it as “a new Hundred Years’ War, which the British launch against France, forgetting that they have lost this famous war”.

French Sea Minister Anick Girardin also expressed displeasure over this. “This is a new refusal by the British to implement the terms of the Brexit agreement despite all the actions taken together,” she said.

“I have only one watchword left: for our fishermen to obtain certain licenses as provided in the agreement. French fishing should not be held hostage by the British for political purposes.”

Elsewhere, the European Commission issued a statement conveying its “regret that it is no longer possible to address this issue”, adding that it would ask the UK for “full disclosure” of how it came to its decision. .

In Jersey, the island’s foreign minister, Ian Gorst, insisted that the Crown Dependency had taken “A pragmatic, appropriate and evidence-based approach”.

He said the Jersey government would consider granting more licenses provided it finds further evidence of fishing activity on French vessels between 2017 and early 2020. It uses this data to determine whether an application is successful or not.

However, it is not only the French who are unhappy with the latest announcement. So, seemingly, are the Jersey fishermen.

Reflecting on the recent development, Don Thompson, president of the Jersey Fishermen’s Association, claimed that only 70 French ships relied on the waters of Jersey, complaining that full and temporary licenses were being granted twice.

“The jersey fleet is deeply disappointed. Today’s news couldn’t have been worse,” he added bailiwick express.

“What could have softened the blow would have been restrictions on gear and the number of days at sea, but they are not covered. It’s a very sad day.”