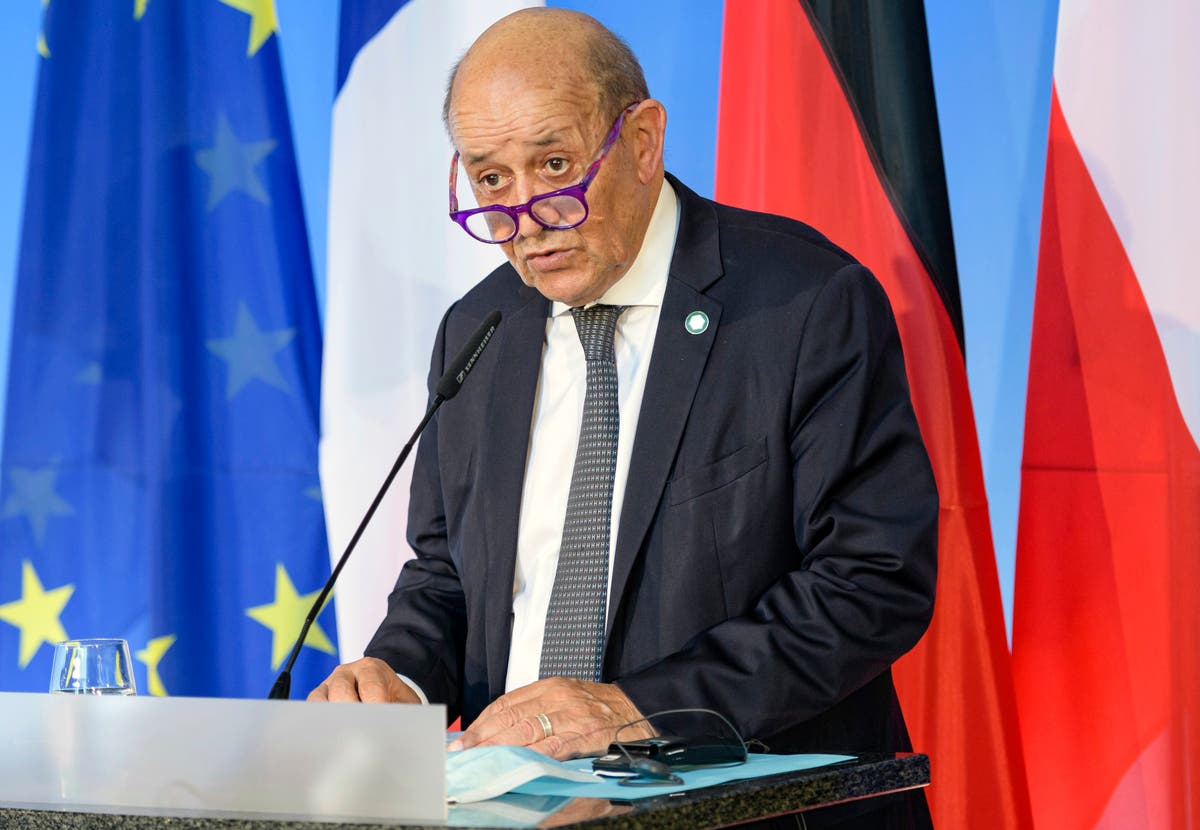 France has withdrawn its ambassadors to the US and Australia to protest being pulled out of the multi-billion-dollar submarine deal.

French Foreign Minister Jean-Yves Le Drian announced the diplomatic move on Friday night, saying it came at the request of French President Emmanuel Macron. It is believed that for the first time France has called back its American envoy.

Diplomatic relations between long-standing allies, the United States and France, have soured since the announcement earlier this week that Australia would pull out of a contract to supply its defense submarines to France.

US President Joe Biden on Wednesday announced a new deal between the US, Britain and Australia that includes a long-term deal to build nuclear-powered submarines for Australia – a deal Mr Le Drian has signed for France. stab in the back”. .

France said it had not been given sufficient warning to cancel the $90 billion submarine contract, which Mr Le Drian called “unacceptable behaviour”.

However, Australian Prime Minister Scott Morrison claimed he had warned Mr Macron in June that the deal was at risk of collapse due to delays and budget problems.

The bitter diplomatic row has escalated dramatically since the declaration of the treaty, with France canceling a gala at its Washington embassy that had been planned to celebrate US-French relations.

In remarks designed to ease tensions, US Secretary of State Antony Blinken said on Thursday: “We cooperate incredibly closely with France on many shared priorities in the Indo-Pacific, but also around the world. We We will continue to do so. We place a fundamental value on that relationship, on that partnership.”

“France in particular is an important partner on this and many other issues,” he added.

Australia said it regretted France’s decision to recall its ambassador. “We note with regret the decision of France to recall its ambassador to Australia,” a foreign ministry spokesman said in a statement. “Australia values ​​its relationship with France … we look forward to engaging again with France on many of our issues of common interest, based on shared values.”