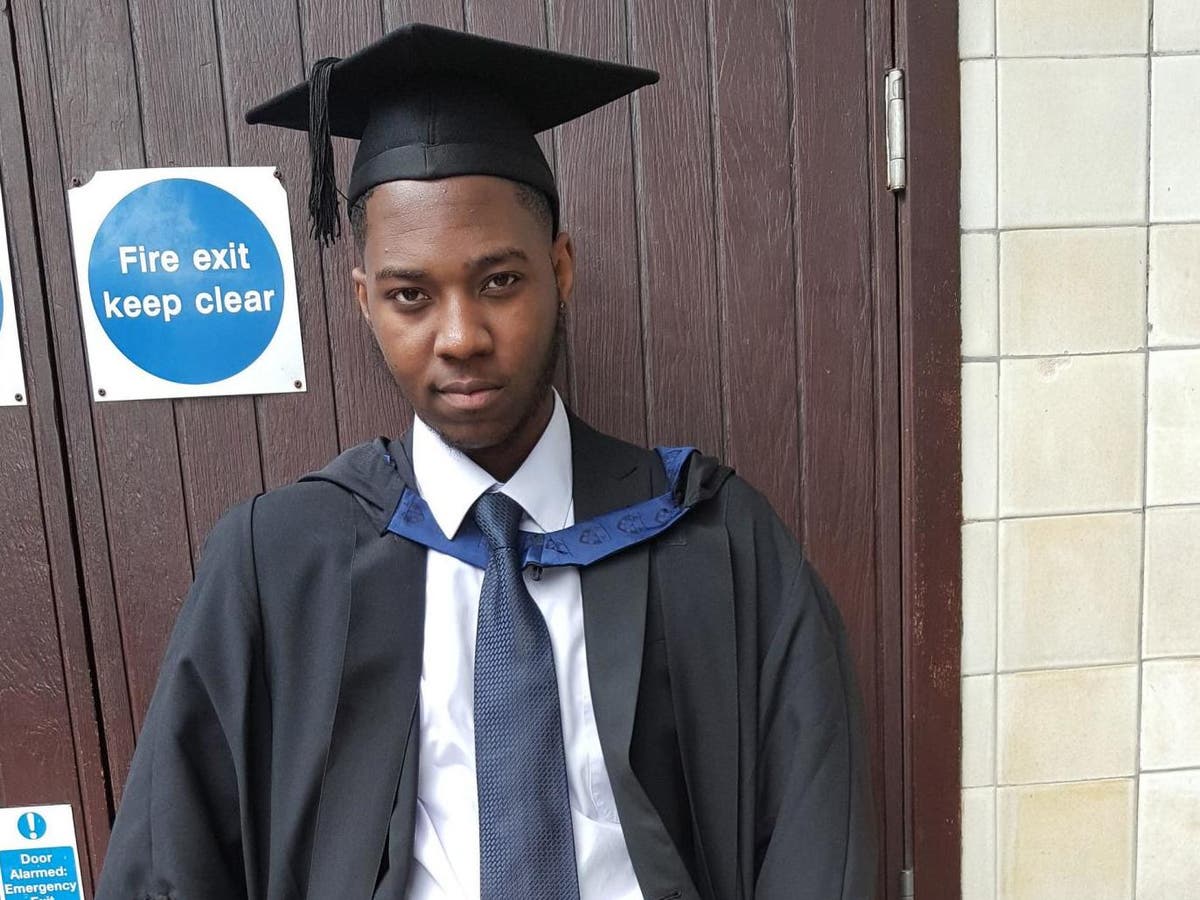 Four members of the gang that killed NHS worker David Gomoh have been sentenced to life in prison for murder.

Gomoh was repeatedly stabbed in the street while talking on the phone to his girlfriend before staggering home and bleeding in front of his family.

The 24-year-old, from Canning Town, was a marketing graduate who worked in procurement for the NHS.

David Ture, 19, Wagnei Kolubali, 23, Muhammad Jaloh, 19, and Alex Melaku, who turned 18 the day before the sentencing, were all found guilty of murdering Gomoh.

All four defendants were also sentenced to concurrent terms for conspiracy to cause grievous bodily harm with intent to cause an unidentified person.

Judge Mark Loucraft QC said the killers had committed a “brutal murder” that involved a “significant degree” of planning.

He said: “The four of you are part of the Newham gang on the north side, who have a fight with the gangs on the south side of the city.

“I have no doubt that there are many people living in all parts of the city affected by the acts of the four of you, who kill just for the sake of it and show little or no respect for human life.”

Describing Mr Gomoh as a “lonely, innocent and completely fearless victim”, he said he was unfortunately in the “wrong place at the wrong time”.

In a victim impact statement, Gomoh’s mother Marion said she was “haunted” by repeated nightmares about what happened, adding: “I felt numb, paralyzed with grief and pain. Why David?”

She said that “psychological and emotional torture increased” during the trial, as she heard details of what happened to her “beautiful son”.

She said she had “so much to live up to; so much unfulfilled promise and so needed by the NHS Trust that she worked to help distribute PPE and other stocks, so much humanity and compassion to share”.

Marion said that her son’s killers “went into our lives uninvited and destroyed David’s life”, adding: “their contempt for human life is beyond comprehension”.

Gomoh’s sister Lizzie paid tribute to his “fun, wonderful brother” and said his death had a “disastrous effect on all of us”.

The family was already grieving at the time of his death due to the recent loss of his father.

In a statement released after the sentencing, Detective Chief Inspector Lawrence Smith, who led the Met Police investigation, said: “These four defendants committed a senseless attack on a completely innocent man and there is no doubt that London is a safe haven.” . Put them behind bars.”