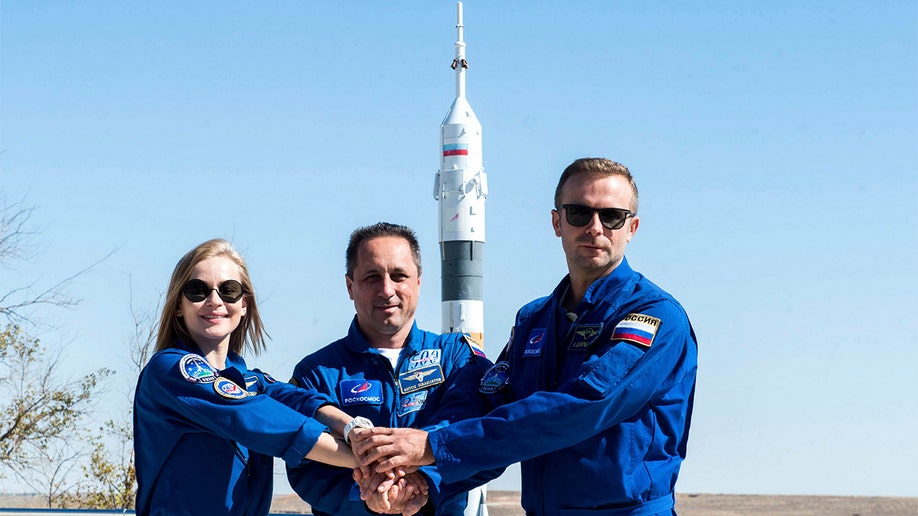 The crew is expected to return to Earth after 12 days at the space outpost.

A Russian actor and a film director went into space on Tuesday on a mission to make the world’s first film in orbit.

His Soyuz MS-19 lifted off from the Russian Space Launch Facility in Baikonur, Kazakhstan at 1:55 pm (0855 GMT) as scheduled and successfully reached the designated orbit.

Space officials said the crew was feeling well and that all spacecraft systems were operating normally.

Peresild and Klimenko are in a film segment of a new film titled “Challenge”, in which a surgeon played by Peresild travels to the space station to rescue a crew member who is suffering from a heart condition.

After 12 days at the space outpost, they are set to return to Earth with another Russian cosmonaut.

Speaking at a pre-flight news conference on Monday, Peresild, 37, admitted that it was challenging for him to adapt to the strict discipline and harsh demands of training.

“It was psychologically, physically and morally difficult,” she said. “But I think once we achieve the goal, all that will not seem so difficult and we will remember it with a smile.”

Shipenko, 38, who has made several commercially successful films, also described her fast-track, four-month preparation for flight as daunting.

“Of course, we couldn’t do much on the first try, and sometimes even on the third try, but that’s normal,” he said.

Shipenko, who will finish shooting on Earth after filming the space episode, said Shkaplerov and two other Russian cosmonauts on the station will play roles in the new film.

Russia’s state-controlled Channel One television, which is involved in the making of the film, has extensively covered the training and launch of the crew.

“I’m in shock. I still can’t imagine my mom is there,” Peresild’s daughter, Anna, said in remarks on television minutes after the launch.

Dmitry Rogozin, the head of the Russian state space corporation Roscosmos, a major force behind the project, saw it as an opportunity to ignite the country’s space glory and spark criticism from some Russian media.

Some commentators argued that the film project would distract the Russian crew and may be awkward for a film on the Russian section of the International Space Station, which is significantly less spacious than the American section.

A new Russia laboratory module, the yacht, was added in July, but it has not yet been fully integrated into the station.

Once they reach the space station three hours after launch, the three newcomers will be Thomas Pesquet of the European Space Agency, NASA astronauts Mark Vande Hey, Shane Kimbrough and Megan MacArthur, Roscosmos cosmonauts Oleg Novitsky and Pyotr Dubrov and Aki Hoshide. Will be included. of the Japan Aerospace Exploration Agency.

Nowitzki, who is set to star as the ailing astronaut in the film, will take the captain’s seat in a Soyuz capsule to transport the crew back to Earth on October 17.