Fighter pilots are 30% more likely to get testicular cancer and have higher chances of developing skin or prostate cancer than their fellow airmen, study finds 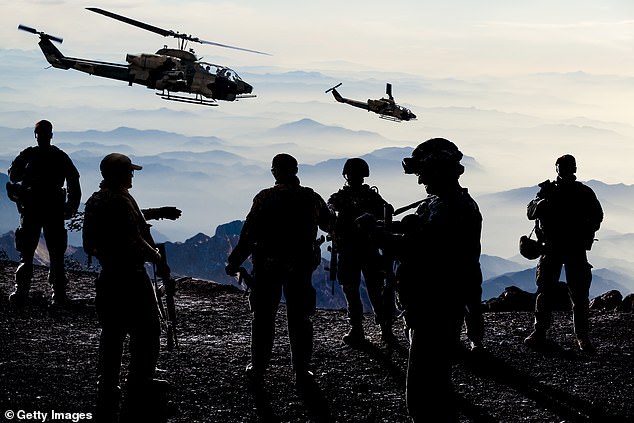 Air Force fighter pilots face an increased risk of testicular and prostate cancer, although the exact cause cannot be determined. a study finds.

While the findings are not surprising, as many Air Force experts and insiders have noted a rise in these cases among pilots, the findings confirm a worrying trend.

However, why the pilots are at such an increased risk could not be determined.

‘Current and former fighter aviators are encouraged to discuss this report with their flight surgeon or primary care provider, including ultraviolet radiation protection and its effects on vitamin D, lifestyle approaches to cancer prevention, and melanoma. Topics such as screening for skin and prostate cancer are covered. ‘ Air Force preventive medicine adviser Major Brian Huggins said defense one.

Air Force researchers collected data from 34,679 fighter pilots and weapons systems officers and 411,998 airmen who did not fly aircraft during the 30-year period from 1970 to 2004.

Pilots also had higher rates of certain cancers than the average US population.

Many Air Force veterans have long known about the link between Air Force fighter pilots and some cancers. The study confirms their beliefs, and they are pushing for further research into the causes of these cancer disparities (file photo)

This study confirms what many people already know that pilots are at increased risk of cancer, but it is a first step toward finding out.

former fighter pilot have pushed Congress and the Defense Department should do more to find out why they were developing cancer, and how to protect them from it.

Red River Valley Fighter Vince Alcaza, ‘We think it deserves a study, and we think military aviators have higher cancer incidence rates and mortality rates, but no one is paying attention’ are going to happen. A member of the pilots association told Defense One.

Pilots flying Vietnam-era warplanes, and in particular the F-100 Super Saber, were most at risk.

The study found that people who flew Vietnam-era planes, and in particular the F-100 Super Saber (pictured), had the highest risk of developing cancer.

The ‘why’ for the increased risk of cancer is unknown, although there are some theories.

Some believe this may have been caused by exposure to increased amounts of radiation or ultraviolet rays by pilots during flight.

It could also potentially have something to do with the emissions or other chemicals pilots emit when they are in or around planes.

Defense One reports that another, more in-depth, study that traces the cause of cancer may be underway at the Department of Defense.