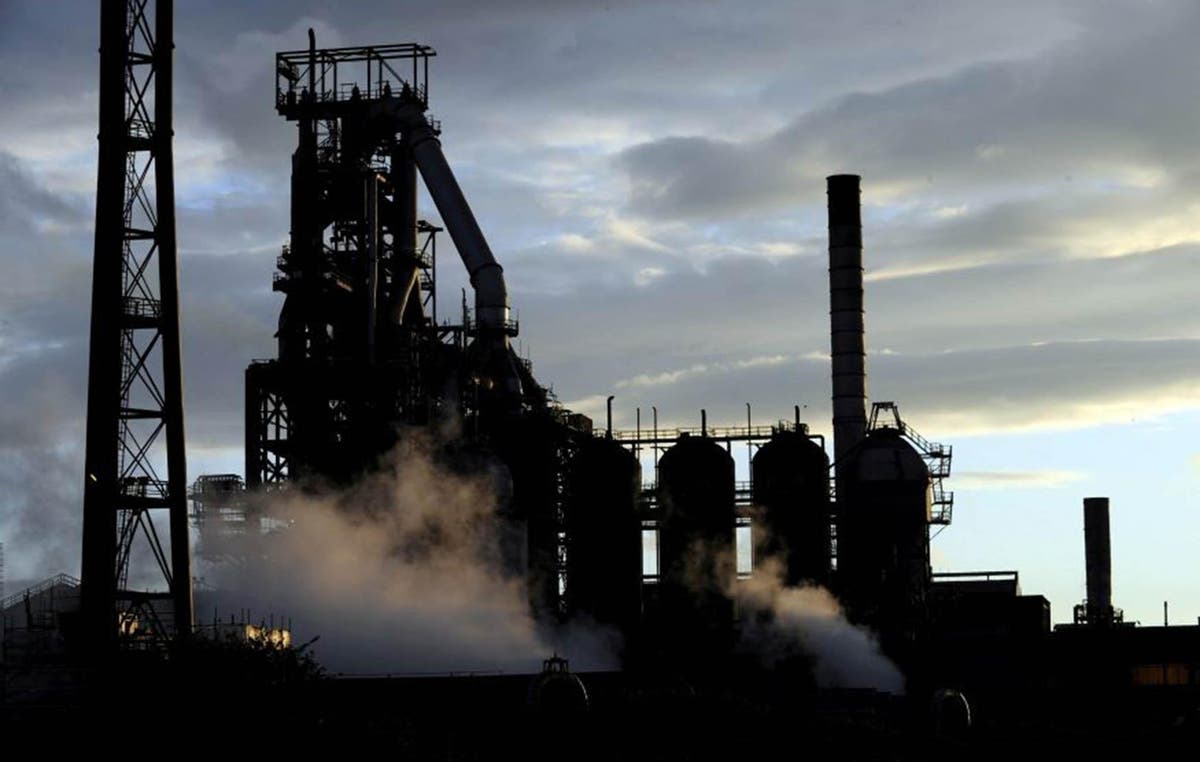 Fears of Christmas chaos are rising for British businesses and consumers after the industry warned of factory closures due to rising fuel prices.

In an emergency conference call with energy-intensive industries, Business Secretary Quasi Quarteng was warned that electricity costs five times their normal level were not “sustainable” for companies – some of which risk irreparable damage to facilities. are if they are forced to power off.

Meanwhile, in a sign of growing concern in Downing Street about a shortage in stores over Christmas, Boris Johnson has called on empty shelves in supermarkets and a supply chain tsar to ensure the smooth flow of goods after weeks of snar-ups at ports. appointed. Downing Street itself acknowledged that the problems facing businesses across Britain were now “acute”.

Sir Keir Starmer accused the prime minister of allowing the country to descend into chaos due to a shortage of workers, including HGV drivers and meat processors, or of failing to develop a plan to cope with the unprecedented rise in global energy prices.

And Labor branded Johnson as a “chancer” when he replaced former Tesco CEO Sir David Lewis as a supply chain consultant, just days after paying lower wages to employees and relying on cheap migrant workers. accused of creating labor crisis.

As Offgame warned of a “significant” increase in home heating costs in the spring, industry sources told The Granthshala that they expect the energy price cap to rise by a whopping 34 per cent in April, defaulting to more than £25,000. The tariffs will push the bills of about 15 million households. 1,700

The developments came as the Bank of England warned of a wave of bankruptcy from companies left vulnerable to the scale of debt accrued during the COVID-19 pandemic – ranging from government debt to protect them from the outbreak.

And research by the Office for National Statistics found that one in six adults in the UK (17 per cent) have been unable to buy essential foods and 23 per cent non-essential foods because they have been available in stores over the past fortnight. were not.

Friday’s video meeting between Mr. Quarteng and the Energy Intensive Users’ Group (EIUG) came after the government rejected suggestions that they should start with a three-day week from the 1970s this winter on the use of industrial energy. may have to be curbed, as economists fear a global supply shock. may hinder recovery from the pandemic.

China’s regime has directed coal mines to ramp up production after the country suffered a blackout in recent weeks, and the European Union Commission is working on possible plans to pool natural gas purchases and storage.

Speaking after the talks, UK Steel Director General Gareth Stace called on the government to act as soon as possible to ease pressure on the industry by cutting green tariffs on energy bills as well as network charges.

“On Wednesday, the prime minister said the economy should move towards higher wages,” Stace said. “The steel sector is a high-paying employer, providing high-skilled jobs that pay significantly higher than the regional average.

“Failing to act will mean that we move away from the high-wage economy and blindly move to the low-wage economy. We are an area that needs to be at the center of the level to bring wealth and opportunities to communities outside London.”

EIUG President Dr Richard Lees said there was an urgent need for immediate and preventive measures to prevent the recent closures of fertilizer and steel plants from being repeated in other regions.

Mr Quarteng told representatives from sectors including steel, chemicals, paper, mineral products and glass that he is “willing to help our industrial base”.

“We want to help as much as possible,” the business secretary said. “A cross-Whitehall effort is needed and I can help make your case.”

But after hearing what the sources said, no immediate announcement of action was made. Officials are to collect more data and information from companies in the coming weeks.

And Shadow Business Secretary Ed Miliband said: “This is an energy crisis brewing in Downing Street. Kwasi Kwarteng is scrambling to meet the industry masters but he is all talking.

“This chaotic Tory government got us into this mess in the first place and has no plans to address it. The warm words at a meeting would be cold comfort to consumers and businesses facing ever-increasing energy prices and a cost of living crisis.

Andrew Large, director general of the Confederation of Paper Industries, said it was “very, very clear” in all sectors that “there are serious risks of factory halts as a result of gas costs being too high to bear”.

He warned: “Under those circumstances, there will be a gradual knock-on effect through supply chains, just like in manufacturing, consumer retail and other products. And so the risks are very, very real.”