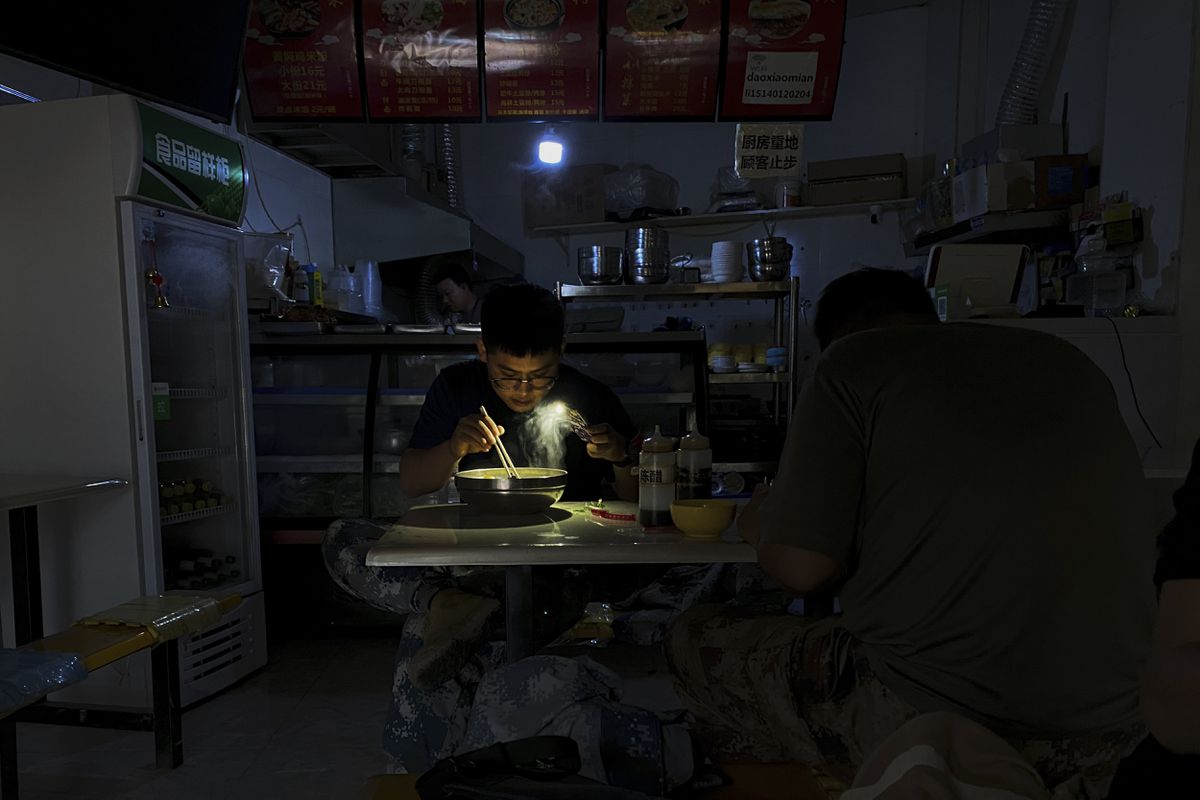 Officials in China have vowed to ensure that people are able to heat their homes this winter as the country grapples with a major power shortage.

Rising electricity demand amid rising coal and gas prices, as well as a boom in exports, has created major power shortages across China, with more than half of the provinces reporting some limitation.

This has led to blackouts in some areas, while factories and plants have been forced to shut down or shut down operations during certain hours to save electricity.

The impact on industries is broad and includes power-intensive sectors such as aluminum smelting, steel making, cement manufacturing and fertilizer production. Tesla and Apple suppliers have reportedly also been forced to halt production.

Analysts worry that the effects of the power crisis could overwhelm the broader Chinese economy, potentially dwarfing any problems resulting from the collapse of real estate giant Evergrande, which made headlines last month.

Nomura said in a report on Monday that while China is striving to move towards green energy generation, coal still drives about 67 percent of electricity generation. Coal costs are rising around the world, but strict government limits on electricity prices have prevented power companies from passing these hikes on to consumers, leading some to cut production.

Even some provinces with lots of energy to go still face power shortages as their governments try to meet national energy consumption targets for the third quarter. In August, the National Development and Reform Commission (NDRC) warned that two-thirds of all provinces missed their targets in the first half of this year.

This prompted some local governments to implement rolling blackouts this month, often with little warning. Traffic chaos broke out after street lights stopped working, reports of people getting stuck in elevators or forced to take dozens of flights of stairs and even hospitalized. In northern Liaoning province, 23 workers at a foundry ended up with carbon monoxide poisoning after a blackout clogged the ventilation system, state media reported.

In an opinion published Sunday in Communist Party mouthpiece People’s Daily, local governments were described as “not too aggressive” or “too hard to brake” in controlling energy consumption.

“No matter how tight the power supply, we must prioritize guaranteeing residents’ electricity use,” the piece said, warning of potential social unrest if it is not.

In a press conference on Wednesday, NDRC officials echoed this guidance, saying the party ” attaches great importance to the task of ensuring energy supply during the summer season.”

However, the same day, the China Coal Industry Association warned in a statement that coal inventories at power plants are low, and that it is “not optimistic” ahead of the peak winter demand season.

There was evidence of public anger at the blackouts being censored online. Censorship monitoring services on China’s largest social media platform, FreeWeibo and FreeWeChat, are both taking down several posts.

In an editorial this week, the Global Times, a nationalist state-run tabloid, attacked foreign media for “starting a new wave of criticism that is crippling China’s economy and raising alarm”, saying that “this electricity The shortage is not a crisis for China.”

“China is quick to find and understand the problems, and public opinion has played a positive role in this,” the paper said.

While manufacturing hubs in southeast China have been the worst hit this month, residents of northern provinces fear the cold spell could continue to ease, causing widespread misery and possible death.

“Even with foreknowledge, no electricity equals no heating, how will we live this winter?” A user wrote on Weibo, the equivalent of China’s Twitter.

Temperatures regularly drop below -20ºC in northeastern China, where homes rely largely on coal – although some have moved to electric heaters in recent years.

A Weibo user in Jilin province, on the border with North Korea, said that without power “it’s impossible to take a hot bath, eating hot food becomes a luxury, are we really supposed to live like ancient humans? Dig wood for fire.” Read our books with an oil lamp?

With reports from Alexandra Lee and Reuters.