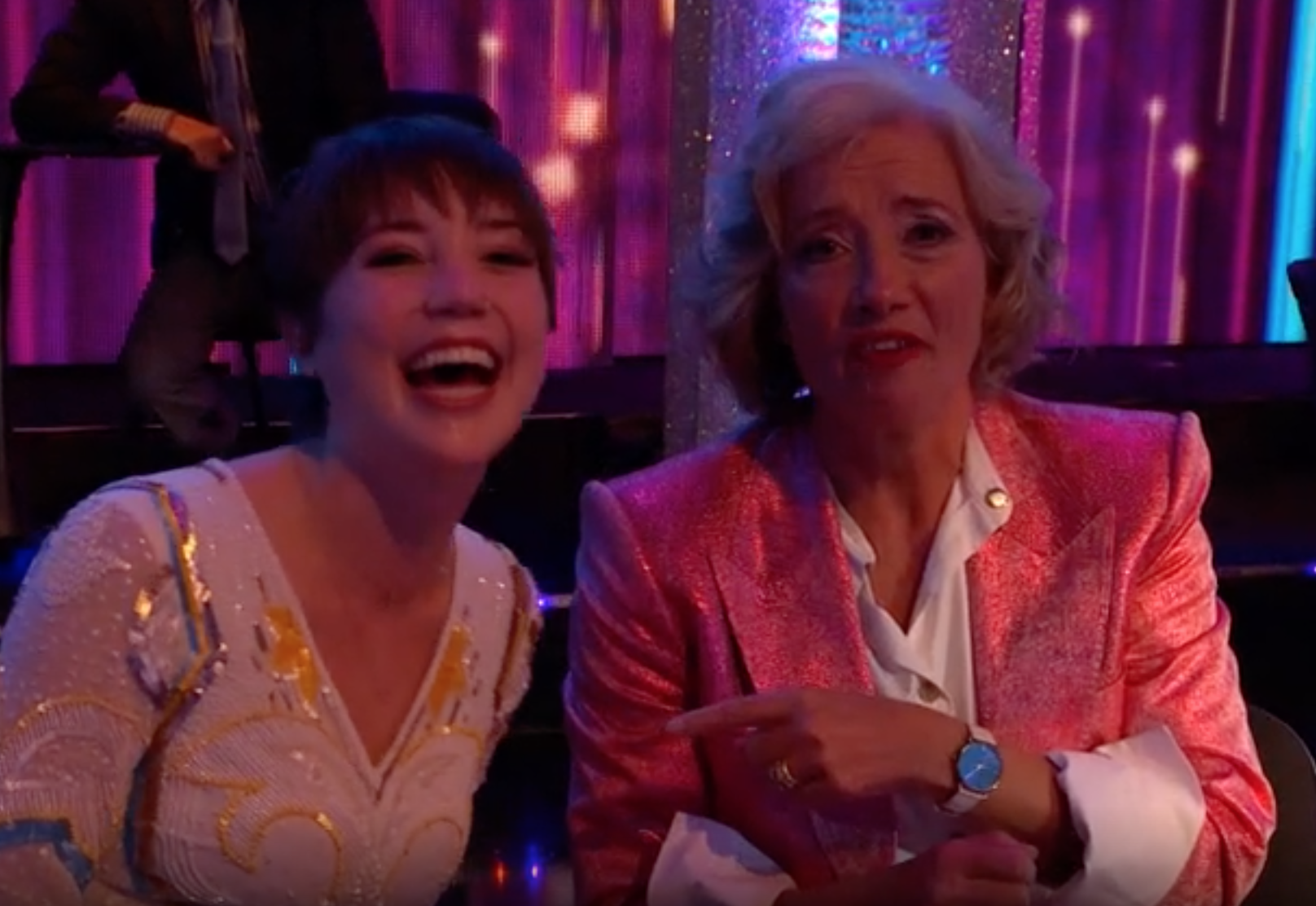 Gaia Romilly Wise, 21, joined her mother in the studio as Greg made his debut on a BBC show in honor of his late sister.

After impressing the judges — in addition to Shirley Ballas — Greg and his dance partner Karen Hauer headed upstairs to catch up with host Claudia Winkleman.

“Your wife and daughter are in the audience,” said Claudia as she appeared on the screen.

Emma drew a funny face and she said: “She is the wife and I am the daughter.”

Gaia laughed and held her head back as the audience cheered.

Claudia said: “Your wife is the one who persuaded you to do this. Are you grateful?”

Greg Gregg, 55, who starred as Lord Mountbatten in the Netflix drama The Crown, responded: “Painfully grateful, my love.

Emma cheekily explained how she would give Greg a condom if he strictly succumbs to the “curse” and cheats on his dance partner.

Speaking tongue in cheek, the Oscar-winning actress, 62, who married Greg 18 years ago, said:

“I’m worried about the dire curse, too much.

“I put a pack of Durex in Greg’s good luck card. Just two.

“They don’t have time for a lot of fights, I hope, they must be very tired.

“I’m not going to the show every week.

“Karen is gorgeous, she’s from Venezuela and only 39.”