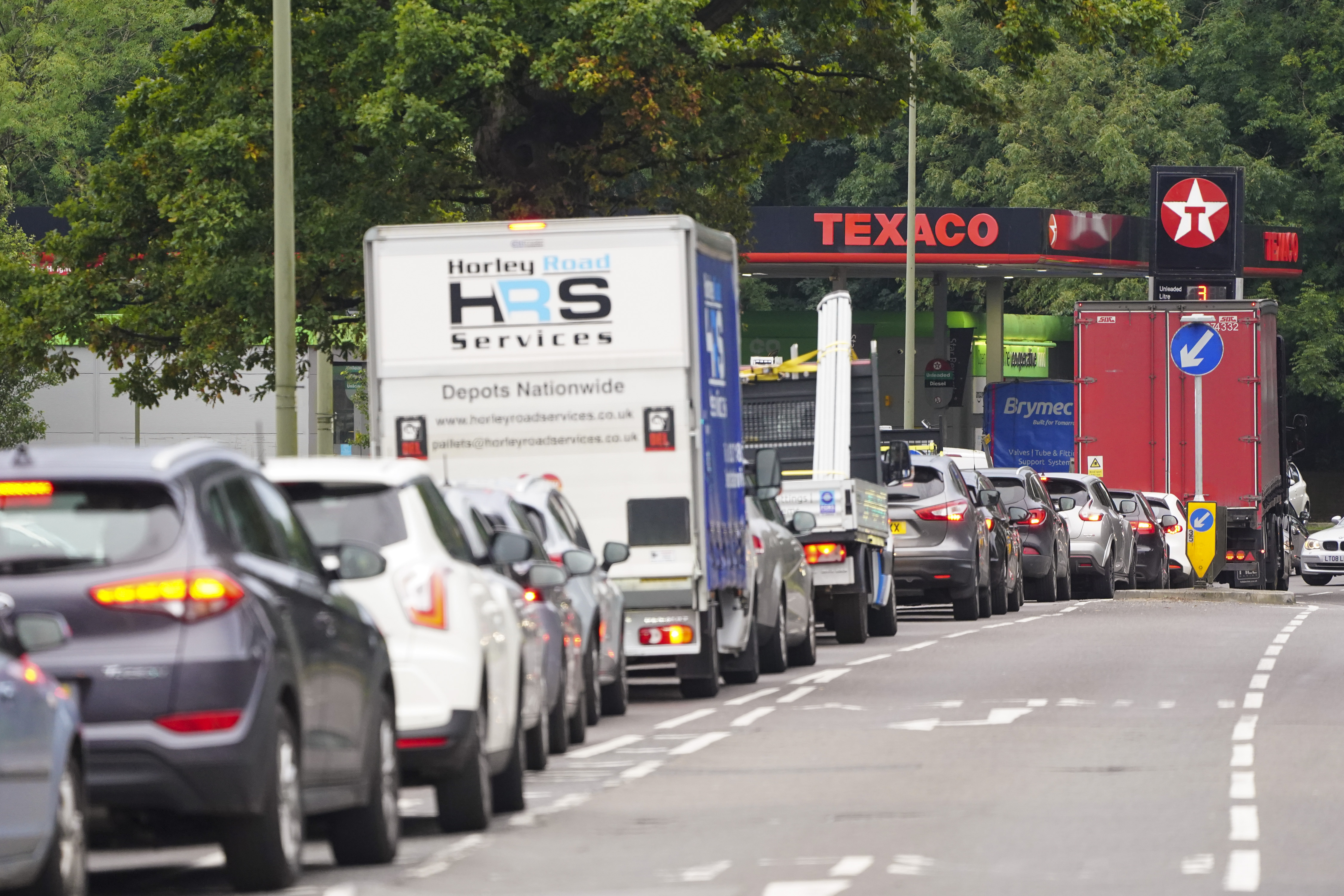 Police were forced to forecourt overnight after nightmarish queues and horrific rage, which boiled down to a fistful of scarce supplies.

Drivers turned loose to tell the government that the crisis was improving – as they sat in a heavy traffic jam this morning.

Transportation Secretary Grant Shapps has said only 27 percent of courthouses are still running empty, down from 60 percent last weekend.

Cabinet Minister Simon Clark said this morning: “We understand why people are upset with what they see at petrol stations, but if people shop as usual it will be fixed very quickly.”

But major cities including London, Manchester and Birmingham are still grappling with huge queues for petrol.

The problem was compounded by footage on social media showing an army tanker rumbling along a busy motorway.

The Defense Ministry said no troops have yet been deployed to operate the fuel trucks and that if they do it would be civilian – not military – vehicles.

The Chief Secretary of the Treasury, Mr Clarke, confirmed that 150 troops are on standby to steer the tankers, which are yet to be sent behind the wheel.

He said: “The military is on standby to support commercial operations and of course, we have seen some changes, in particular, allowing some MoD driving instructors to help increase the number of tankers.

“It’s designed to help ease commercial operations, which is easing the pressures we’ve seen on the forecourt.”

Begging Brits not to panic shopping, he said: “We understand why people bother with what they see at petrol stations, but if people shop in general this will be fixed very quickly. “

Meanwhile the government was reprimanded for sending a memorandum to local councils urging them not to use the word “panic” during the crisis.

The document, seen by the BBC, suggests that the phrase may have sparked fire and even more genocide.

Felim Mac Cafferty, Green Party leader for Brighton and Hove City Council, said: “Instead of guidance to help us, we have been given platitudes to help our communities navigate the fuel crisis.

Motorists also piled on social media with a furious: “Absolutely bulls**t to say the fuel crisis is over. One station is closed, gridlocked with two queues.”

Another said: “Being told there’s petrol when I’ve been to five petrol stations and they don’t have any is literally gaslighting.”