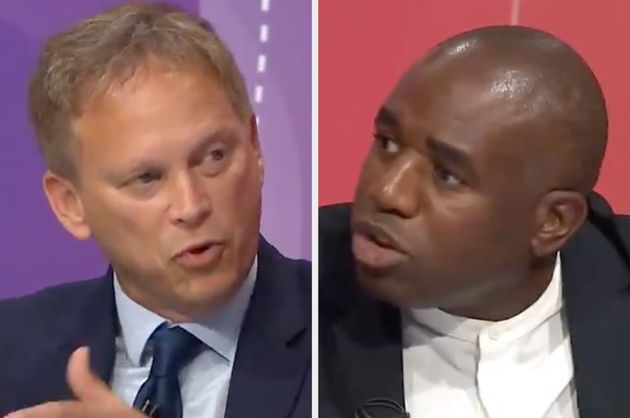 “Grant, you can look at your notes as much as you want, you won’t get answers.”

On Thursday, Grant Shapps was hung to dry by Labor’s David Lamy over an upcoming cut at Universal Credits.

The Transport Secretary and the Shadow Justice Secretary were in face-to-face at BBC question time as Lamy demanded a U-turn on the upcoming £20-a-week cut.

Lamy said: “When given a choice, the government always chooses not to favor the poorest people in society.

“I remember it not so long ago that the Conservatives were described as a lousy party.”

Looking at the Tory minister, Lamy said: “Grant, you can stare at your notes as much as you want, you won’t get answers.”

“Grant, you can look at your notes as much as you want, you won’t get answers.”

He continued: “It shouldn’t be cut, it’s as simple as that.”

The government is trying to bring the universal debt back to pre-pandemic levels with this £20 cut, but Recent analysis seen by The Observer predicted that the cuts would push 840,000 people into poverty.

Lamy pointed out that for example, £20 per week could cover the average energy bill and therefore described it as “trivial, messy and unnecessary”.

He also said the cuts were “coming with a rise in national insurance, with economists predicting an increase in inflation and of course a rise in interest rates by next February”.

Defending the government, Shapps said: “Well, look, you say you’ll do all these things, but the effective tax increase for people on Universal Credit was 90%.

“It’s not like the system has been perfect in the past.”

Shapps concluded: “We have to act on the facts here, and the fact that we need to pay for what we have to provide, the universal credit system is working much better than that system.” Which he changed and actually handled the coronavirus. [pandemic]”

Still, even some Tory backbenchers were reportedly pushing for a settlement agreement because it would undermine the prime minister’s promise to “level up” the UK.

There have also been reports that the minister is now considering increasing the benefit payment to reduce the universal credit cut.