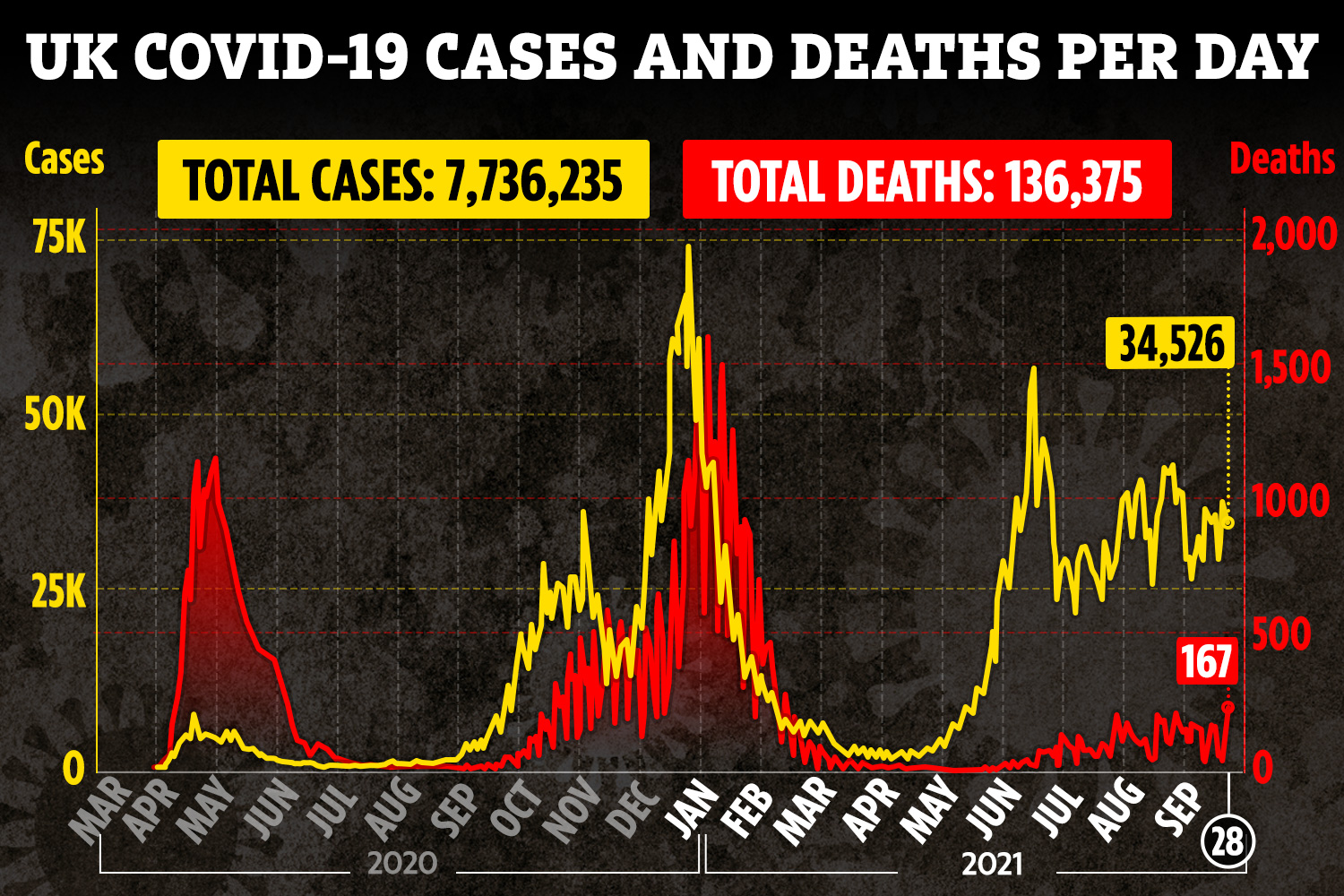 While today’s death toll is four times higher than the 40 deaths reported yesterday, it is a 17.7 percent week-on-week drop from last Tuesday.

Monday’s figures could be lower due to delay in reporting over the weekend.

The numbers have only barely risen since mid-September.

This comes as official figures show three times as many people who have been double-pocketed are catching Covid.

Someone taking a second dose of Pfizer in May is 66 percent less likely than a person uninfected to test positive.

The risk for AstraZeneca is 54 per cent lower and for Moderna it is 76 per cent. The figures, which are based on randomized swab tests, are the first of their kind from the Office for National Statistics.

Experts say they offer evidence that the jabs are cutting transmission—with cases halved after a single dose.

The ONS also reported that among those who already had covid, the infection was 55 percent less.

However, it was 59 per cent higher among those who did not wear masks.

Professor Kevin McConway, a statistics specialist at the Open University, said: “The headline conclusion is that vaccinated people were less likely to test positive.

“Younger people, those who never wore face coverings indoors, and those who had more social interactions were more likely to test positive.”