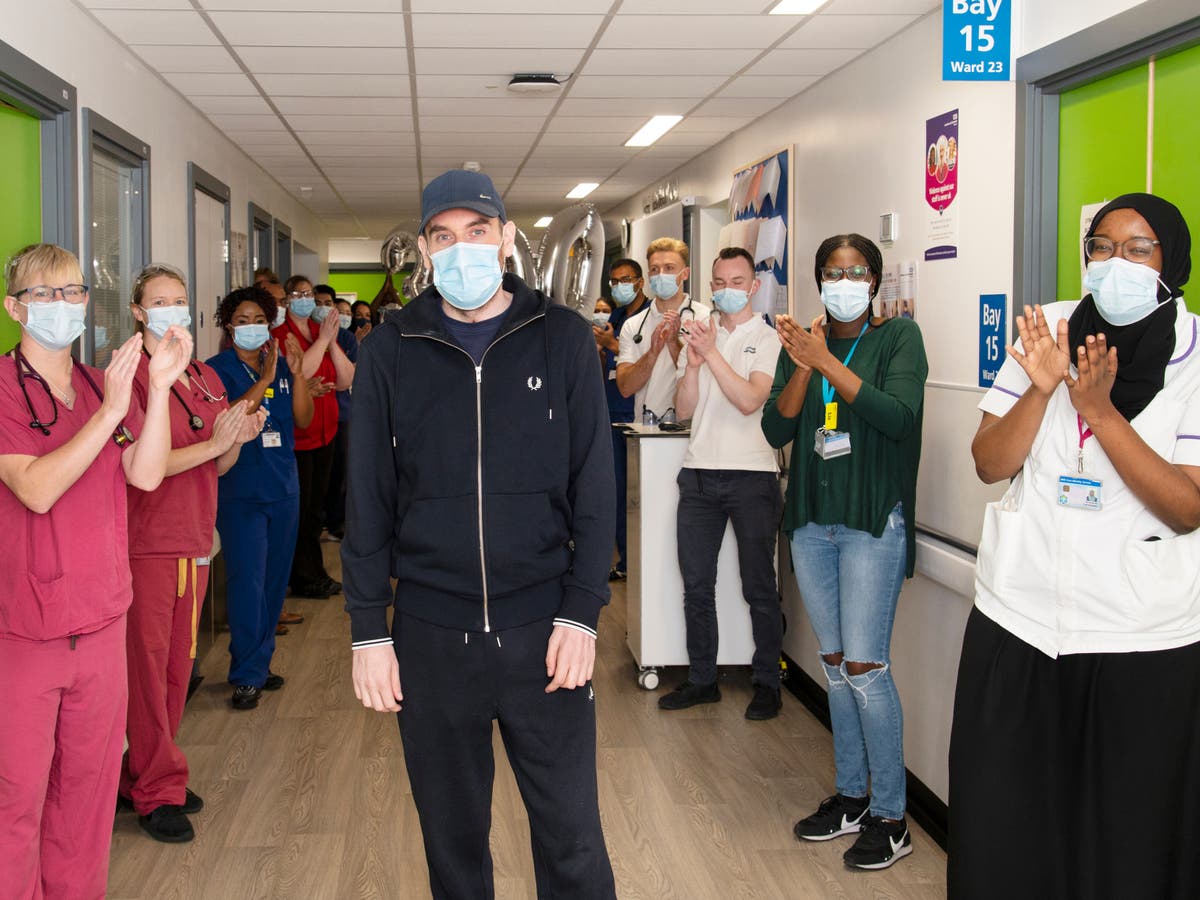 One of Britain’s ‘sickest’ Covid patients has told how he came across the conspirators during his nearly year-long stay in hospital.

Andy Watts, 40, was so ill that he had to learn to walk and talk again after contracting COVID-19 on Christmas Day last year.

A black cab driver from Bexley, south London, left Queen Elizabeth Hospital in Woolwich in October after eight months in intensive care and two months in the ward.

Now, the father of two children, who had just gone into cancer remission months before being hit by the virus, has revealed how he was confronted by conspiracy theorists visiting his hospital ward.

They told sky News: “There were some people in the hospital in the ward I was in, who were going to meet some patients who didn’t believe it.

“I just thought: ‘Whatever,’ and put my headphones back on. I don’t want to engage in this kind of conversation.

“Finally, I just thought: ‘Here’s the proof – if you don’t want to believe it, what can I do?

Mr Vats said he began his recovery from the pandemic with his wife and their young sons while still undergoing chemotherapy, but went back to work at the end of last year after going into remission in April 2020.

However, he started losing weight and appetite shortly before Christmas and a COVID test confirmed that he had caught the disease.

He was admitted to the hospital and at first responded well to treatment but then his oxygen level began to drop and a scan showed that he had a ruptured lung.

Mr Vats said he was “scared for my life” when he was moved to intensive care.

The father was put in a coma for five weeks and at one point doctors told his family that his ventilator might have to be turned off, but his wife Hayley insisted he should be given more time.