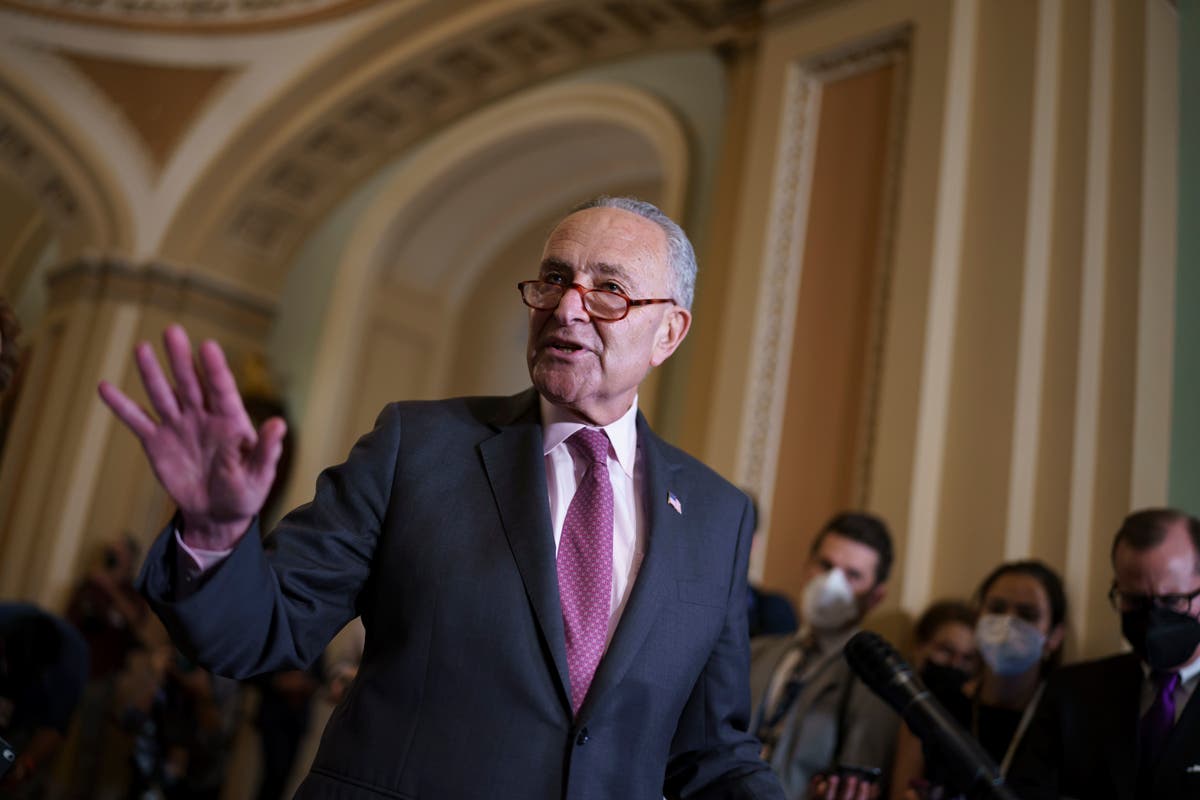 Congress is moving to avert one crisis, while closing another with the Senate set to approve legislation that will fund the federal government in early December.

The House is expected to approve the measure after a Senate vote on Thursday to halt a partial government shutdown when the new fiscal year begins Friday.

Democrats were forced to remove the suspension of the federal government’s borrowing limits from the bill at the urging of Republicans. If the debt limit is not raised by October 18, the country could face a financial crisis and an economic downturn, says Treasury Secretary Janet Yellen. Republicans say Democrats have the vote to raise the debt limit on their own, and Republican leader Mitch McConnell is insisting they do.

But the most immediate priority before the Congress is to keep the government running after the current financial year ends on Thursday midnight. The expected approval of the bill would give lawmakers more time to prepare spending bills that would fund federal agencies and the programs they run.

Meanwhile, Democrats are struggling over how to get President Joe Biden’s top domestic priorities to the finish line. These include a bipartisan infrastructure bill that includes $550 billion in new spending for roads, bridges, broadband and other priorities, as well as a $3.5 trillion slate of social, health and environmental programs.

Schumer said the stopgap spending law would provide aid for victims of Hurricane Ida and other natural disasters, as well as provide funding to pull Afghanistan out of a 20-year war between the US and the Taliban.

With action becoming almost routine in the last hours to avoid partial government shutdowns, lawmakers are usually able to compromise. The funding bill was slowed this time due to disagreements over allowing the government to borrow more so that it could meet its financial obligations. The borrowing limit is currently set at $28.4 trillion.

The US has never defaulted on its debts in the modern era, and historically both sides have voted to raise the limit. Democrats joined the Republican Senate majority three times in doing so during Donald Trump’s presidency. This time Democrats wanted to address both priorities in one bill, but Senate Republicans blocked that effort on Monday.

Raising or suspending the debt limit allows the federal government to pay off obligations that have already been incurred. It does not authorize new spending. McConnell has argued that Democrats should pass a debt ceiling expansion with the same budgetary tools they are using to expand social safety net programs and pass a $3.5 trillion effort to tackle climate change .

“There’s no convention to do this on a bilateral basis. Sometimes we have and sometimes we don’t,” McConnell told reporters about past debt limit increases.

House Democrats complained about the steps they were being forced to take as they approved a standalone bill late Wednesday that would suspend debt limits until December 2022. That bill is now in the Senate, where it is almost certain to be blocked by a Republican filibuster. .

House Rules Committee Chairman Jim McGovern, D-Mass., told Republicans, “You’re more interested in punishing the Democrats than in preserving our credit, and that’s something that got me going a real hard way around my head.” Time is running out.” “The idea of ​​not paying the bills just because we don’t like (Biden’s) policies is the wrong way to go.”

But the Republicans were fearless. He argued that the Democrats chose to Ram through their own political preferences, and thus were responsible for raising the debt limit on their own.

“As long as the Democratic majority continues to insist on spending money on fists, Republicans will refuse to help them lift the debt limit,” said Rep. Tom Cole, R-Okla.

McGovern said Republicans increased the debt under Trump and are now washing their hands of the consequences.

“Republicans have now rediscovered the issue of debt,” McGovern said. “Where were you in the last four years?”

The Treasury has taken steps to preserve cash, but once it runs out, it will be forced to rely on incoming revenue to pay off its obligations. This will likely mean delayed payments to Social Security recipients, veterans and government employees, including military personnel. The Bipartisan Policy Center, a think tank, projects that the federal government will be unable to meet about 40% of payments in the coming weeks.

What Is Jason Momoa’s Relationship With His Wife’s Ex-Husband, Lenny Kravitz?