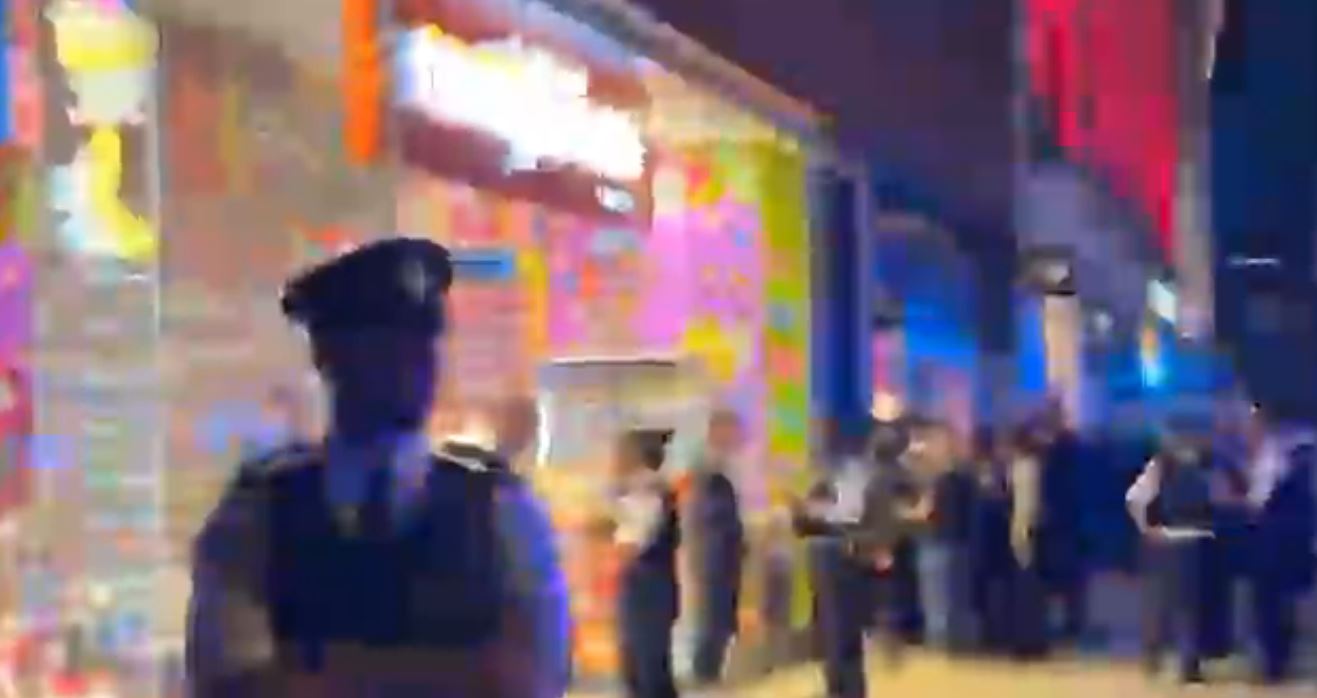 ARMED police left for a London tourist site after reports of a man running into a gunfight on Oxford Street.

Officers were called after receiving reports of a gunman on a busy street, before a gang of youths began looting shops.

Police could not locate the gunman and said that there were no casualties at the scene.

With dozens attending to emergency services, huge crowds thronged the scene of the major crime.

Eyewitnesses claim that the gang of shopkeepers tried to break into the sweet shop and started looting.

Several people were arrested on the spot on suspicion of assault and taken into custody by the authorities.

A spokesman for the Metropolitan Police said: “Police called at 21:30 to report a man had a gun in Oxford Street, Westminster.

“A large crowd gathered at the spot, resulting in some small outbursts of disorder. Several people were arrested and taken into custody on suspicion of assault.

“The officers live on the spot.”

It comes after a man was stabbed to death in a “random and unprovoked” attack in broad daylight at the popular tourist destination in July.

Stephen Dempsey, 60, was attacked outside the Microsoft Store in Oxford Circus on July 1 and died in hospital after being stabbed to the heart.

A 26-year-old from Swansea has been charged with stabbing to death in central London.

Teddy Fanta Hagos, 26, of Swansea, has been charged with his murder and possession of an offensive weapon.