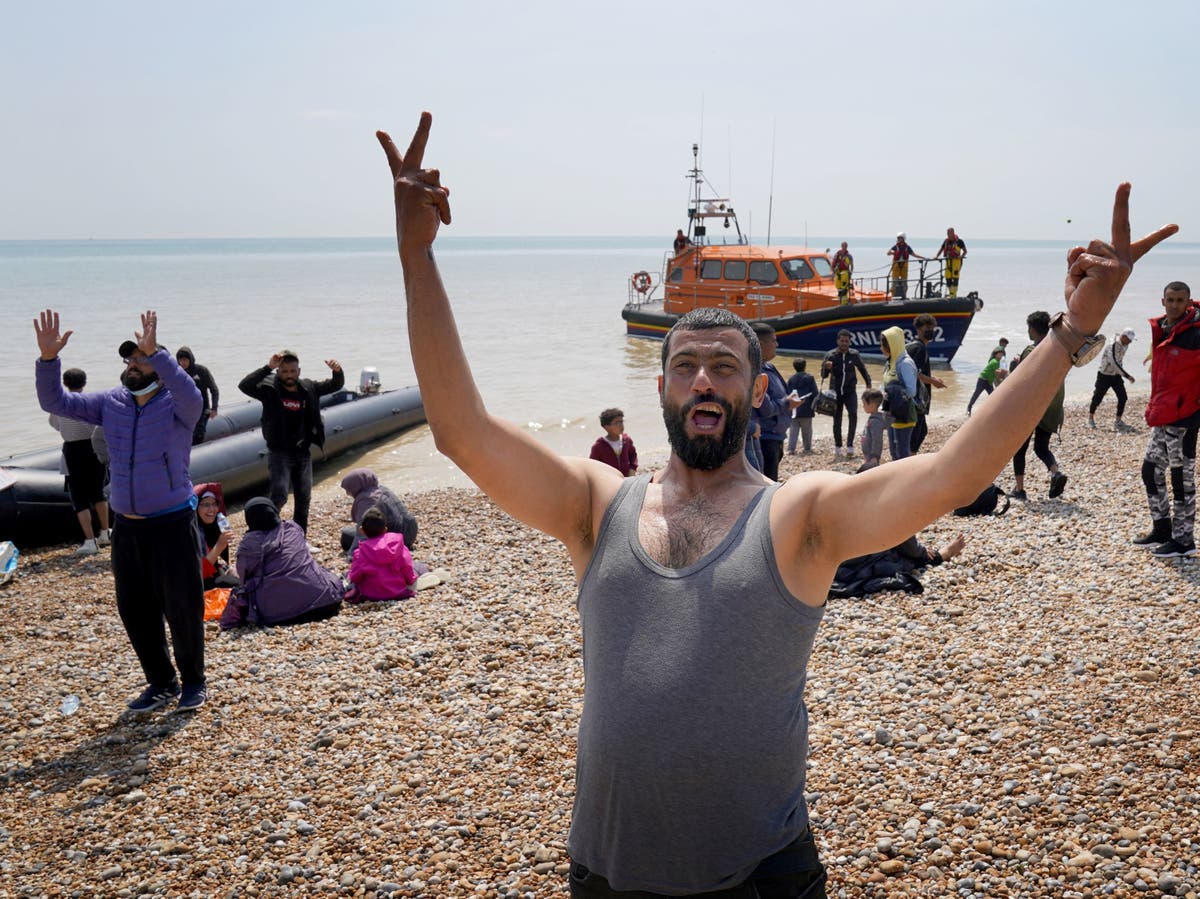 The number of people crossing the English Channel in small boats this year has more than doubled from last year’s total and there is still more than three months left in 2021.

According to the PA news agency, just over 17,000 people have crossed the Dover Strait since January, up from fewer than 8,500 people throughout 2020.

On Sunday alone, 669 migrants arrived in Britain on dinghies, despite the Home Office’s resolution to make such crossings “impractical”.

The department recently acknowledged that the evidence that its new immigration plans reduce channel crossings is “limited” and that reforms to the Nationality and Border Bill leave “the potential for direct discrimination on the basis of race.”

Home Secretary Priti Patel has also faced criticism for her plans to “push back” towards France as they arrive in the UK, with French officials warning that the Policy Channel risks becoming a “new theater of human tragedies”. gives.

Amnesty International has called for immediate action on the treatment of UK migrants, describing the pushback as “inhumane” and accusing the government of “criminalizing” refugees.

According to the PA, since the start of 2020, more than 25,000 people have attempted to cross the Channel in dinghies, kayaks and other small boats.

The Home Office’s Secret Channel Threat Commander Dan O’Mahony said it was a “complicated issue” but that the government was “determined to deal with an unacceptable increase in dangerous channel crossings”.

Amnesty International says ministers have exploited “highly visible” boat crossings to politicize asylum and create a false perception of a “state of emergency”.

Steve Valdez-Symonds, director of refugee and migrant rights at Amnesty International UK, said: “It is appalling to see how ministers and others have tried to manipulate these highly visible crossings to give the impression of a state of emergency on the Kent coast .

“The total number of asylum claims being made in the UK is no more than it was two years ago, but channel crossings have become part of the government’s cynical politicization of asylum.

“We urgently need a new approach to asylum in this country – with dehumanizing policies such as pushback and criminalization of refugees dropped, and working with France and others to help those fleeing war. Far more done in terms of playing a constructive role and harassment.”