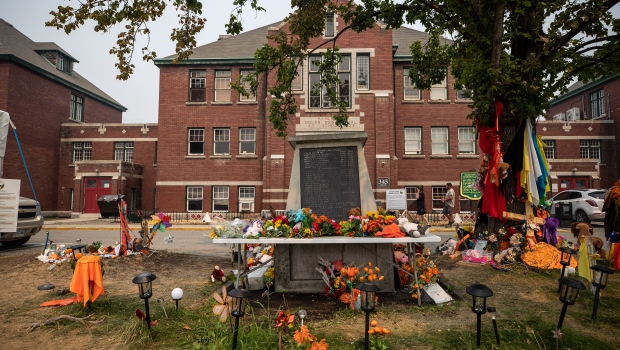 A leader of Canada’s National Assembly of Catholic Bishops says he hopes an apology for damage to residential schools could mark a turning point in the church’s relationship with Indigenous peoples, but some community leaders say That it remains to be seen whether their expression of repentance will be supported by meaningful action.

The Canadian Conference of Catholic Bishops on Friday “unequivocally” apologized for the mistreatment of members of the church community involved in running residential schools.

Vice-President Bishop William McGrawton acknowledged that the church has a history of apologizing, but said the one-page statement confirmed at a full meeting of bishops last week reaffirmed their commitment to the process of reconciliation and ” Tangible” outlines the steps. expanded in the future.

“The First Nations people have consistently called for greater responsibility and accountability of the Church,” the Calgary bishop said on Sunday. “It’s a long journey. And it’s a hope that we can start again and renew that relationship.”

Bishops have pledged to provide records that can help “remember” students buried in unmarked graves, raise funds for initiatives supported by Indigenous leaders, and work to get the pope to Canada. Huh.

Roseanne Archibald, national head of the First Nations Assembly, said she welcomed the bishops’ full apologies, but noted that their promises fell short of what the indigenous community called for.

“The words of apology speak to the (Catholic) Church’s commitment to a healing path with First Nations and Indigenous peoples,” Archibald said in a statement Friday. “Only time will tell whether the words of repentance by the bishops will be a concrete act.”

Archibald said he was disappointed that the bishop did not formally pass a resolution inviting the pope to apologize to residential school survivors, their families and communities in Canada – 2015 report of the Truth and Reconciliation Commission One of the calls to action in .

McGrawton suggested an apology is not far off as Indigenous leaders prepare to travel to the Vatican in December to meet with Pope Francis.

“We anticipate that this delegation to Rome will be the first step,” he said. “It’s important, I think, to make sure those steps are done properly.”

Archibald also objected to the bishop’s fundraising efforts, noting that the church had pledged $25 million for reconciliation and healing as part of the Indian Residential School Settlement Agreement more than a decade ago. Less than one-sixth of the funds were raised.

McGrawton noted that the Canadian Conference of Catholic Bishops was not a party to that agreement, but said the “somewhat disappointing” fundraising results underscore the need for a new approach.

Last spring’s discoveries of hundreds of unmarked graves at the sites of former residential schools prompted the church to release records that could help identify children believed to be buried, often telling their families about their deaths. without telling me.

The church has also faced heavy criticism for neglecting to provide all the documents on the schools requested by the Truth and Reconciliation Commission.

But he said the church should exercise discretion when it comes to the disclosure of such documents.

“We don’t want to allow information to be given out in a sense, sometimes just normally, where loved ones need to be the first to receive it and understand history,” he said. “We are willing to work with them, but only releasing information in a way that could harm them is also something we don’t want to do.”

Ann’s Residential School in Fort Albany First Nation, Ont., survivor Evelyn Corkmaz said she was deeply disappointed by the bishop’s apology. A founding member of the Organization for Ending Clergy Abuse and the Advocates for Clergy Trauma Survivors in Canada, Corkmaz said the bishops had not included the word “truth” in their statements, a sign that they still intended to “set the rules”. . reconciliation.

“That said, the commitment to truth and reconciliation by the Canadian Conference of Catholic Bishops needs to include full and unfettered access to residential school archives held by the diocese in Canada and the Vatican.”

The Catholic and Anglican churches ran most schools where children were subjected to widespread emotional, physical and sexual abuse.