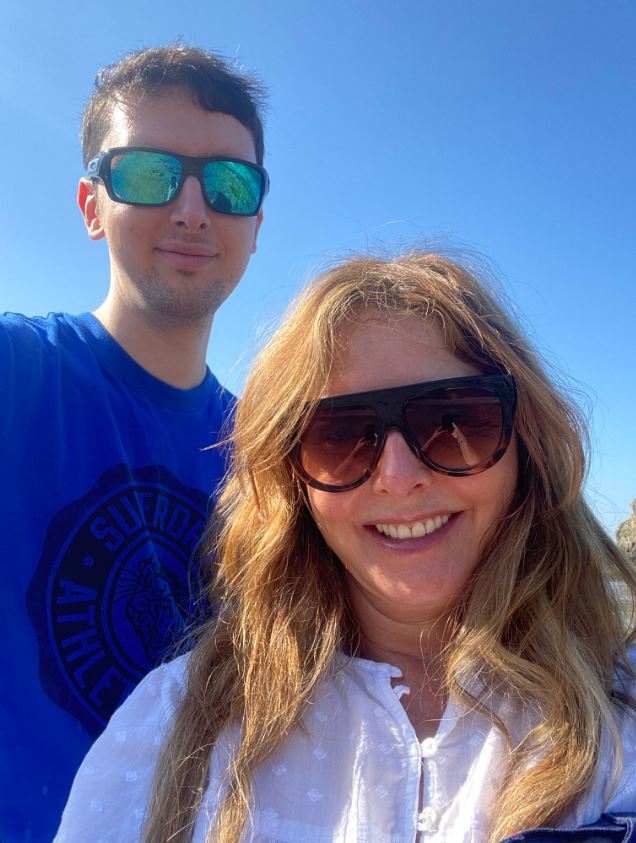 Carol Werderman is proud of her son, Cameron, after overcoming “endless bullying” and earning her master’s degree.

The former Countdown host explained her special education journey in a series of heartfelt posts to celebrate her son’s achievement on Twitter.

Carol, 60, spoke about her son’s special educational needs on social media and how he overcame expectations.

Before elaborating on her early school days, Telly Star in her first stunning post, posted two childhood pictures of Cameron, who is now 24 years old.

“My son Cameron was a happy kid,” Carol wrote. “Before and after starting school it became clear that he had special educational needs.

“No school would accept him. I was about to leave work to teach him, but I also couldn’t teach a child with serious needs.”

She followed up in a video: “He struggled, and struggled when I say that, it was massive. I’ll have to find a special school for him, if you want.”

Carol explained that while Cameron was “super bright”, his learning abilities seemed “different than usual” because he needed extra support.

She posted a second set of photos, showing Cameron growing up and blossoming into an adult as she called him “The Master.”

“It’s hard for these kids. They’re bullied and told they’re ‘weird’ when in fact they have a superpower, so they see the world in a different way,” she said.

Carol then posted a third tweet, in which she featured a sweet cake specially made to celebrate the good news of her sons.

“Cam stuck with it, through endless bullying, changed school, developed learning strategies,” she continued with her schooling struggle.

“I couldn’t be more proud of her and I love her to bits, but I’m also a very proud mother because I know how much she struggled to get there.”

Proud mother Carol concluded that she had “learned a lot” from her son, including “patience, kindness, perseverance and calmness”.

After explaining what this means in the fourth video, she left her following with a message to be patient with those with special educational needs.

“I think the message is for everyone with special educational needs, it sometimes takes a little longer, but they can get there in the end,” concluded Carol.

“They have their superpower and one day they will find their way if they are guided well.”

The Countdown star also shared Cameron’s story on his Instagram page, where dozens of fans rushed to comment on his success.

“Congratulations Cameron! You should be so proud Carol,” wrote one fan, as another: “Amazing and inspiring story, well done Cameron!”

A third parent reached out, touched by the post: “I can be proud, so cute to look at. As a fellow special parent, this has made my day!”

This comes days after Carol wowed fans as she shared a scorching bikini photo with fans as she was on her “last day of sunshine.”

Posing for the picture, Tara was seen lying in her garden, with her cleavage visible as she turned to the camera.

Carol donned a tan two-piece for Saucy Snape, which features tortoise shell sunglasses along with blue beading on the chest.

After stepping out of a pool, she let her wet hair stick to her body as she posed makeup-free for the selfie.

“Maybe on the last day of sunshine?” Carol captioned the post in which she was seen on the Granthshala bed among fluffy gray towels.

“I’ve loved this summer… one of the best ever,” she concluded, as her fans took to the comments calling her “beautiful” and “perfection.”

She was also seen in another busy performance on Instagram over the summer, showering comments on her ample cleavage.