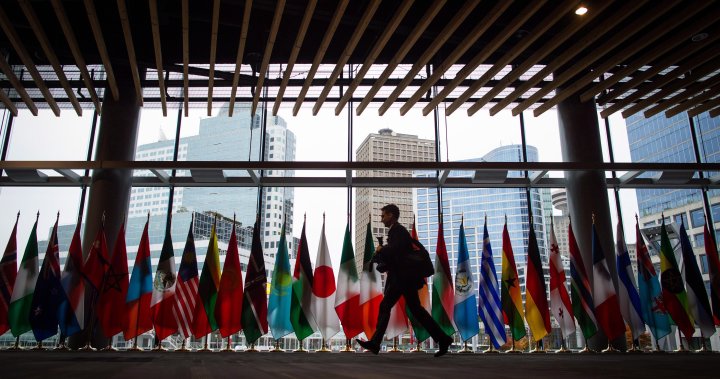 It’s a big deal for the United States to agree to share its nuclear submarine technology with another country, as it agreed to do with Australia this week.

The agreement was part of the surprise announcement of a new security agreement, dubbed AUKUS, a port that abbreviates the names of three member states: Australia, the United Kingdom and the United States.

Canadians of a certain age can remember, when a 1987 Defense White Paper proposed building a dozen nuclear-powered submarines to patrol Canada’s three coasts, a pairing treaty the United States signed in the 1950s. to prevent us from getting the technology out of the two. Britain or France.

Faced with opposition at home and from our closest military ally, the Mulroney government first shelved the plan and then officially scrapped it.

This history of the Cold War highlights two notable aspects of this week’s announcements. First, the United States considers the threat posed by China so serious that it warrants a new regional security agreement to justify the expansion of the list of countries with nuclear-powered submarines. And second, that Canada was either not interested in joining the coalition or that we were not invited.

Whether Canada opted out or left, our absence is remarkable. Although it is easy to forget from the seats of power in central Canada, we are a Pacific country, more so than the United States of America and certainly more than the modern United Kingdom. We are also a G7 country and a founding member of NATO, which has a history of joining our fellow democracies as well as authoritarian regimes.

It is difficult for each other’s countries not to listen to the warm words of AUKUS leaders, their shared history and their common values, nor to feel isolated.

This is now the second coalition in the last four years in which Canada has not joined the United States and Australia. At the 2017 ASEAN in the Philippines, the United States, Australia, India and Japan announced the revival of a quadrilateral security dialogue, or “quad”. Although Prime Minister Trudeau attended the ASEAN summit, he skipped those talks.

We can draw one of two conclusions from this pattern. One is that our friends and allies no longer think that we bring value to this type of regional initiative. Proof of this will be our old and decades-long underinvestment in our military capability, and in particular the Royal Canadian Navy.

The second is that under the Trudeau government, we are deliberately isolating ourselves from our traditional alliances.

On balance, I think the second conclusion, that we are the indifferent party, is more likely. With an eye on the rise of China and the apparent decline of the US, our government prefers non-alignment to take sides in an uncertain geopolitical rivalry. This approach also happens to align with Canada’s corporate interests and Ottawa’s diplomatic leanings.

The conservative diplomatic case for exiting AUKUS and the Quad was powerfully made in a 2020 report by the Asia Pacific Foundation of Canada.

The report is clearly sensitive to accusations of “appeasement” (a label it categorically denies) by those who believe that “China is an existential threat against which Canada has to be held against ‘like-minded’ countries.” A balance must be struck through engagement.”

The author is right to be sensitive. While there are strong practical reasons for maintaining our bilateral ties with regional powers such as India and Japan, without alienating Chinese rule or bilateral smaller East Asian countries, I expect many Canadians to take such a morally anemic stance. Would be uncomfortable to adopt.

AUKUS announcement during a Canadian election is saying this. This must have come with the tacit blessing or indifference of our government, because if Trudeau wanted Canada to join our allies, the announcement could certainly have been postponed by a few weeks. Most likely, other countries did not even know to ask.

As prime minister, Trudeau has shown little interest in strategic defense or geopolitics. This means that Canada’s foreign policy has largely been left to the gray men and women of the Pearson Building and doing everything possible to avoid triangulation, hedging and generally picking sides.

The problem with this approach is that, if you stop showing up for your friends, eventually you stop being invited to join them.

That could all change, however, if the Conservatives and Erin O’Toole form a government in trouble after Monday’s federal election. The Conservative Party platform makes a very clear – critics would perhaps say a more warlike – view of Canada’s role as a middle power, in that the phrase refers only to our relative size and not to maintaining a “policy of equality”. to desire. Between our friends and our opponents.

Trudeau came into office saying “Canada is back,” but through a combination of indifference and neglect, we have repeatedly ended up on edge. This has been an option.

Now, in this election, voters have a choice: do we continue to ride freely on the goodwill of our allies, or do we step up and reconnect as a full participant?

Howard Anglin was senior adviser on legal affairs and policy and deputy chief of staff to former Prime Minister Stephen Harper. He is a postgraduate researcher in constitutional law at the University of Oxford.