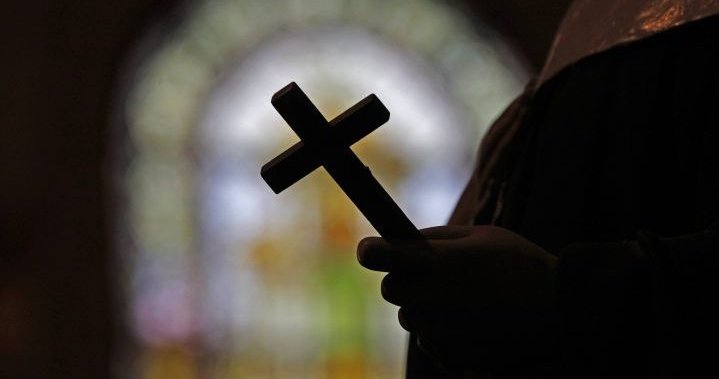 Canadian Catholic bishops are apologizing for the church’s role in the residential school system.

in one open letterThe Canadian Conference of Catholic Bishops expressed their “deep regret” for their involvement in the system, which led to the suppression of indigenous languages ​​and culture.

“We acknowledge that serious abuse was committed by some members of our Catholic community; physical, psychological, emotional, spiritual, cultural and sexual,” the letter reads.

“We sadly acknowledge the historical and ongoing trauma and legacy of the suffering and challenges faced by indigenous peoples that continue to this day.”

The bishop is committed to the healing, the letter reads, and has pledged to fundraise across the country to support initiatives that will lead the church and Indigenous communities to “a new era of reconciliation.”

The letter said the church is also committed to providing records to help remember those buried in unmarked graves.

Indigenous leaders are set to travel to the Vatican to meet with Pope Francis in December to seek an apology from the Pope.

“Pope Francis will meet and listen to Indigenous participants to understand how that can support our common desire to renew relationships and walk the path of hope together in the years to come,” the letter said.

The letter raises the possibility of a papal visit to Canada as part of the medical process.

In the final report of the Commission for Truth and Reconciliation in the Residential School System, released in 2015, the Pope was asked to come to Canada to apologize to the survivors as well as to their families and communities for the mistreatment of Indigenous children.

It asked to do so within a year of the release of the report and to be similar to the papal pardon given to victims in Ireland who suffered various abuses through the Catholic Church.

BREAKING NEWS: CDC advisory committee officially recommends boosters for Americans aged 65 and older and those with underlying conditions – but NOT for people at high risk due to their jobs