Businesses, governments decide how to spend National Day for Truth and Reconciliation 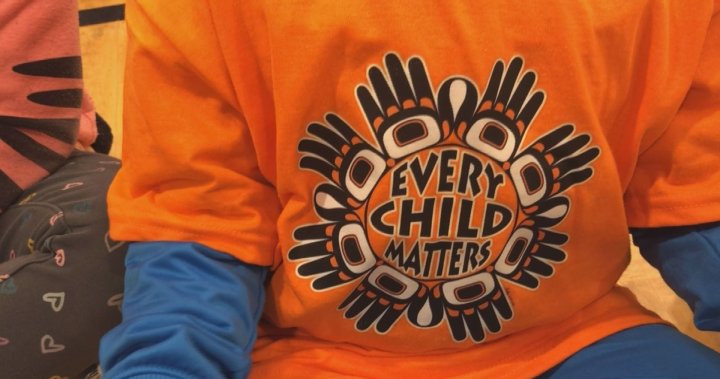 As the first National Day for Truth and Reconciliation, Alana Hogstedt as a small-business owner has decided to close her shop in honor of the day.

Hogstedt co-owns Martha’s Music with her husband in Cameroon, Alta. The shop will be closed on Thursday.

“We are just a small business and a small voice in the grand scheme of things, but we are going to state our opinion,” Hogstedt said in a phone interview.

“We feel there is a need for more reconciliation and honesty.”

Hogsted is not alone in his decision. Businesses, cities and schools across Canada are preparing to comply with the federal government’s decision to celebrate the day, in some cases stepping up because provinces will not.

This day is a direct answer to one of the Truth and Reconciliation Commission’s calls to action.

Only a handful of provincial and territorial governments have public servants and schools observe it to this day.

The Alberta government said it would not make September 30 a statutory holiday for its employees. It strongly criticized the union groups.

Hogsted does not agree with the decision and hopes “down the road (the province) will see the light.”

In Edmonton, city employees and the Edmonton Police Service will celebrate the day.

City manager Andre Corbould said the plan came together quickly. He said the city consulted with employees, unions and indigenous groups and the elderly. “We listened, learned and led.”

The city will mark the day with community events and workplace activities.

Corbould said the city has arranged for employees who are interested in attending an Indigenous people exhibit at Fort Edmonton Park. He said the pandemic had forced employees to sign up and spots were fully booked within 48 hours.

“I don’t see it as a holiday. I see it as a paid day off with a focus on truth and conciliation. We’ve asked employees to think about it.”

Courbold said future plans will have to wait until after the municipal election next month, but he expects the new city council to be requested to observe this day every year.

City Manager David Duckworth said in a statement that the City of Calgary has also advised its employees to follow the day and is encouraging employees to learn more about Canada’s assimilation policies, including residential schools.

Saskatchewan has stated that it is not making the day a statutory holiday, but Prince Albert City Council recently approved September 30 as a pay day for civilian employees.

The Prince Albert Urban Indigenous Coalition is planning to hold a one-hour education session in residential schools. The pre-recorded session will be available through the alliance’s website.

Some schools in Saskatchewan will also be closed to students on September 30.

The Saskatoon Public Schools Division said in a statement that they have made this day a planning day for teachers in their schools.

The school division will recognize Orange Shirt Day on 29 September and is planning learning opportunities and activities during the week leading up to the National Day for Truth and Reconciliation.