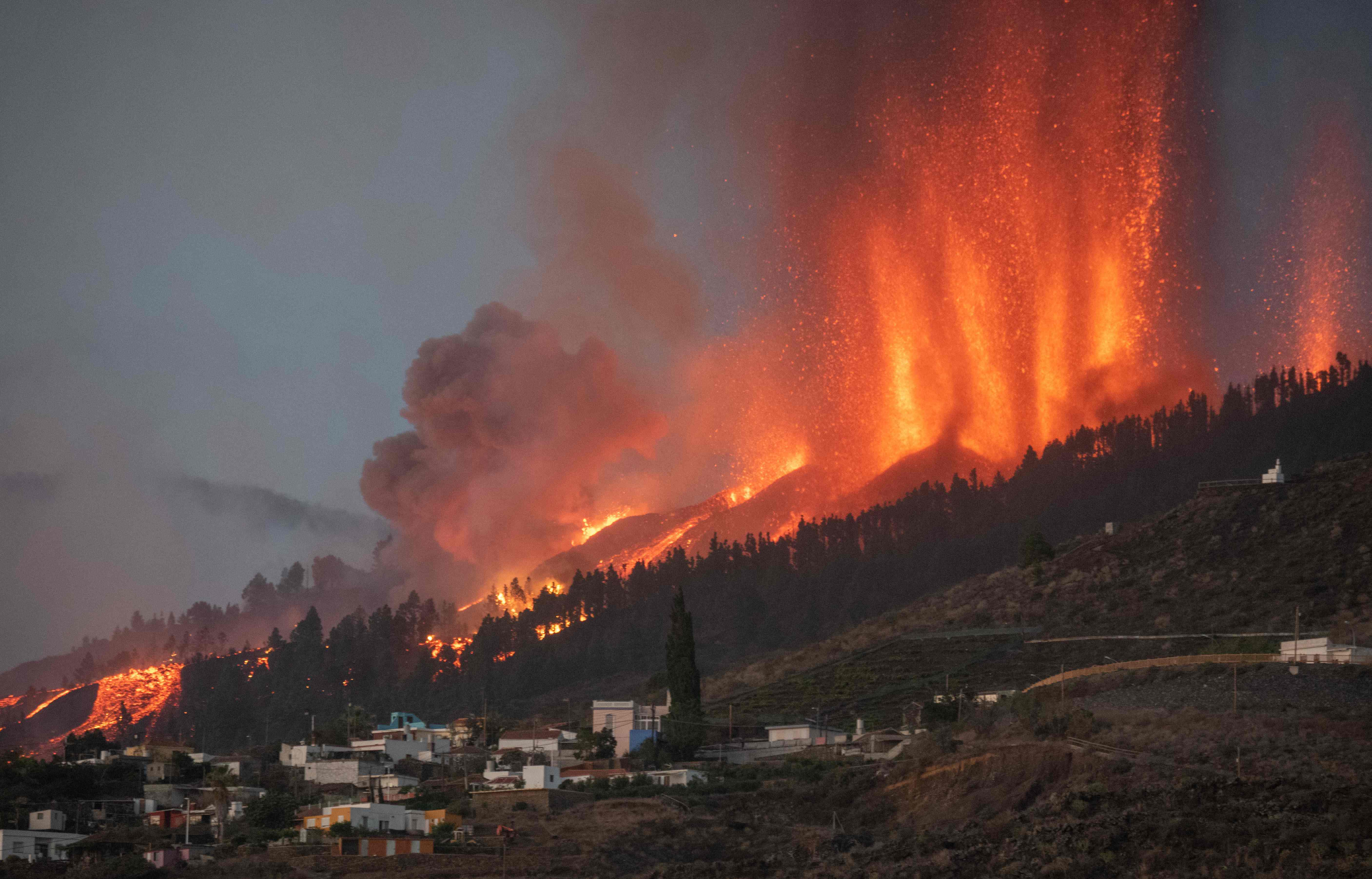 Brits have to flee for their lives after being evacuated from the Canary Islands of La Palma due to a volcanic eruption.

A river of lava flowed from the La Cumbre Vieja volcano, forcing the evacuation of 5,000 people, expelling huge red plumes with black and white smoke.

Britons planning to travel to and from luxury holiday destinations have been put on alert following volcanic activity over the past week.

The British government this evening said: “A volcanic eruption occurred on the Spanish Canary island of La Palma at approximately 15.15 a.m. local time on Sunday 19 September 2021.

“The immediate area of ​​Cabeza de Veca, El Paso, has been evacuated.

“If you are in an affected area, you should follow the advice of local authorities, including social media updates from Cabildo de la Palma.

“You are encouraged to contact your tour operators and airlines if you plan to visit the island soon.”

An evacuation plan drawn up by the Canary Islands Volcanic Emergency Plan is underway as a result of the volcanic eruption at ‘Cumbre Vieja’ in the area of ​​Cabeza de Veca.

The warning of a volcanic eruption in the area has turned red with a yellow traffic light.

Emergency services in the area advised people to remain calm, keep their doors and windows closed and keep important documents on them.

People are also encouraged to keep their phone and battery-operated radio on at all times and those who have animals should follow evacuation guidelines.

The Cumbre Vieja extends a ridge to the south of the island of La Palma and has erupted twice in the 20th century, first in 1949 and again in 1971.

The eruption came after a week of seismic activity, in which nearly a thousand people have been evacuated from their homes.

A 3.8-magnitude earthquake was recorded prior to the eruption as vibrations from the seismic activity were felt at the surface.

A black lava was moving with a burning tip towards some houses in the village of El Paso.

Mayor Sergio Rodriguez said 300 people in immediate danger had been evacuated from their homes to the football field in El Paso.

The Civil Guard said the evacuation affected more than 5,000 people from different districts in the municipalities of El Paso, Tazacort and Los Llanos de Ariadne.

Roads were closed due to the blast and officials urged curious people not to venture into the area.

La Palma has a population of 85,000 and is one of eight islands in the Canary Islands of Spain.

Last week Spain’s National Geographic Institute said it had detected 4,222 aftershocks around the island of La Palma, which scientists are calling a swarm of earthquakes since last Saturday.

An earthquake swarm is a group of earthquakes in an area over a short period of time and may indicate an impending eruption.

Nearly 1,000 earthquakes have struck the islands since last Saturday.

On Tuesday, the regional government of the Canary Islands placed the island on a yellow alert for the eruption.

Itahiza Dominguez, head of seismology at the Spence National Geology Institute, told local TV station RTVC that it was too early to say how long the eruption would last.

The last eruption on the Canary Islands took place under water off the coast of El Hierro Island in 2011 and lasted for five months.

- Advertisement - Bizarre footage of a large “cube” hovering over the ocean has given rise to several fresh...