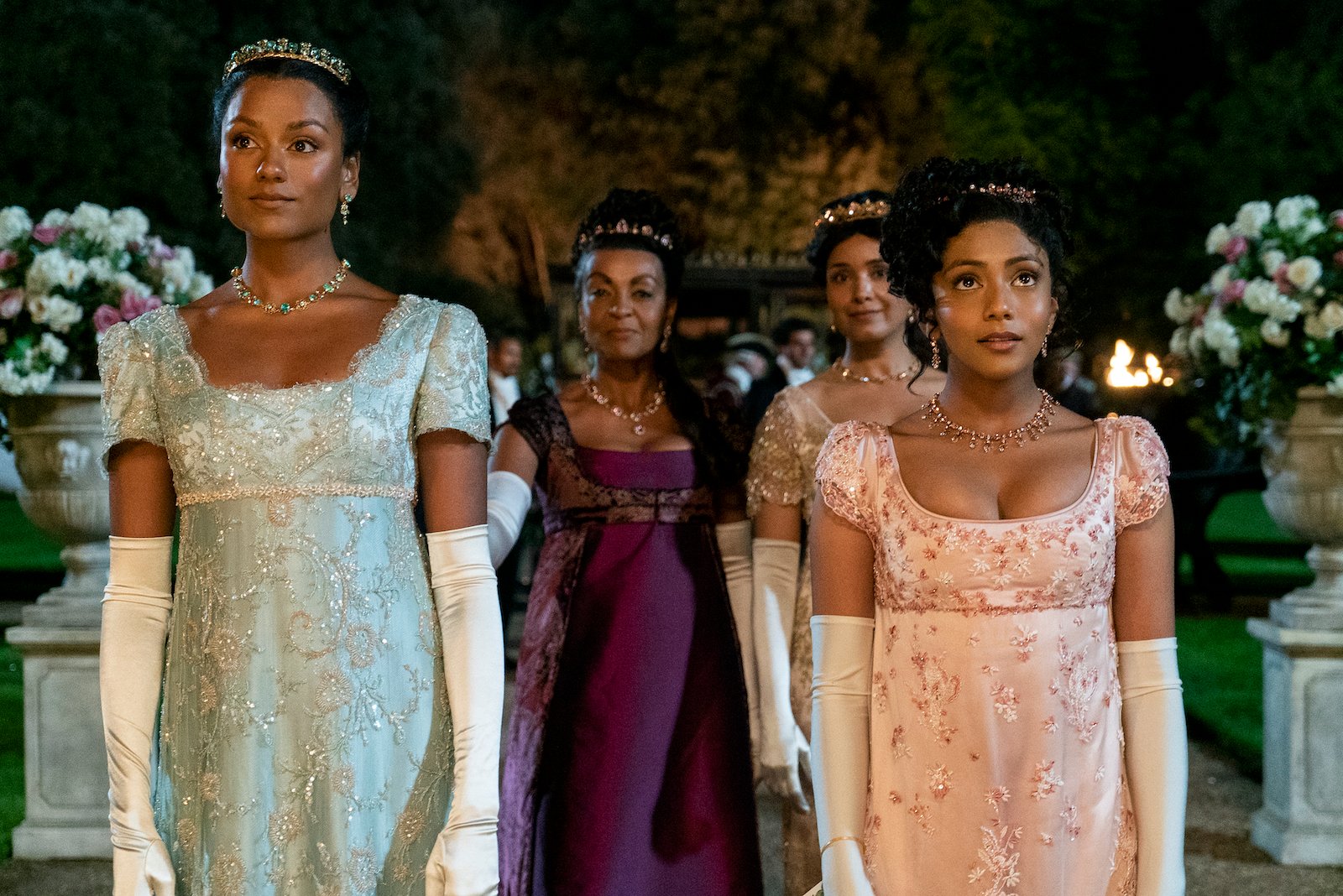 Fans around the world have been eagerly awaiting the return of Netflix’s hit period drama Bridgerton – and now the streaming giant has raised the anticipation.

Releasing a picture of the new arrival of season two, the all-female Sharma family, Netflix sent viewers of the Regency romp into overdrive.

Viewers have already seen a trailer where heartthrob Anthony Bridgerton (Jonathan Bailey) is concerned with the strong-willed Kate.

Fans can also expect that Mary — the daughter of an earl whose marriage once embroiled her family in scandal — will bring drama.

Kate is described as a smart, headstrong London newcomer “who is no idiot – Anthony is very involved.” As readers of the Bridgeton novels know, conflict arises as Anthony is to marry Edwina, but has more chemistry with Kate.

“Surely they could have found more interesting outfits for girls? They changed their last name and ethnicity, at least they get outfits that stand out from the rest and make it a little bit interesting? These look like Daphne’s recycled are,” tweeted one.

“So the ‘Sharma’ family wearing the wardrobe of last season’s cast – pretty much… yay for the originality!” caught the other.

“The wardrobe could have been a lot more adventurous with the changing times. Surely even this fictional era cannot get caught up in the warp of time.”

However, a fellow tweeter retorted: “Don’t you know how period clothes work…?”

Bridgerton Season 1 is now available to stream on Netflix.