Boris Johnson Wants To Create, Wait For It, ‘Galactic Britain’. People Are Furious 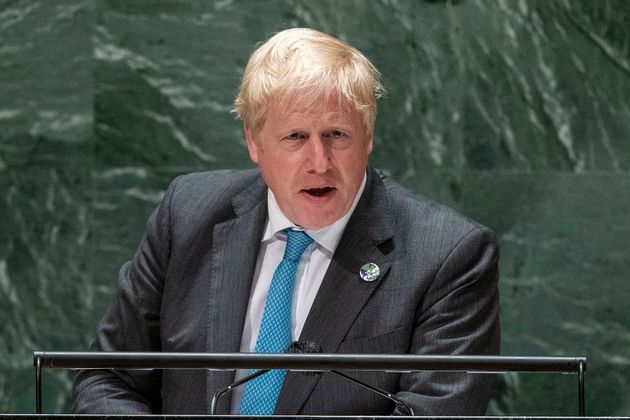 “Study in the boys’ room. Right now we can’t even go to the nearest town.”

Boris Johnson launched plans to send the UK into space this week, ignoring the country’s petrol crisis – and Twitter can’t believe it.

Prime Minister shared the new government ‘National Space Strategy’ On Monday, that will reportedly create jobs and use space technology to solve problems back on Earth.

Strategy explained: “[It is] A plan that will see us take a leading role on the international stage, Global Britain becoming Galactic Britain as we work with other countries to pursue exciting missions and with the United Nations to set standards that ensure Ensure that space is used responsibly and safely.

The plan also claimed it would modernize transport systems with climate change technologies, furthering Johnson’s promise that the UK would become a “galactic one” after Brexit, a global power.

Despite these big promises, not many were impressed.

We will use space technology to solve problems on Earth, create jobs and raise standards across the UK.

Panic buying due to fuel crisis, fighting outside petrol pumps and delaying emergency services as they are not getting petrol.

Here’s a round-up of the sharpest tweets in response to the new space strategy.

We can’t bring medicines to pharmacies, keep schools healthy or supply petrol to key employees, and that’s a priority for the government?

“Global Britain is becoming Galactic Britain” … all week to skip this phrase.

Is this the same UK that has run out of petrol? ok just checking pic.twitter.com/kKCJK9xPPl

This is much more important than fixing the NHS, properly funding social care and supporting the poorest people in our society, isn’t it? https://t.co/E3avMXei8X

I actually thought it was satire at first.

Read the boys in the room. Right now we can’t even go to our nearest city. Andromeda feels a bit stretchy. pic.twitter.com/tdRYchepY9

cold. But how do we feed our hungry children first? https://t.co/Uq1VFuPyzB

Maybe this week was not the best time to launch it… ️ ? https://t.co/5yRClLwm1Q

I checked This is not a hoax. But it is an insult. https://t.co/YPPJ5uPmC8

Will Smith on avoiding films about slavery: “I wanted to be a superhero”