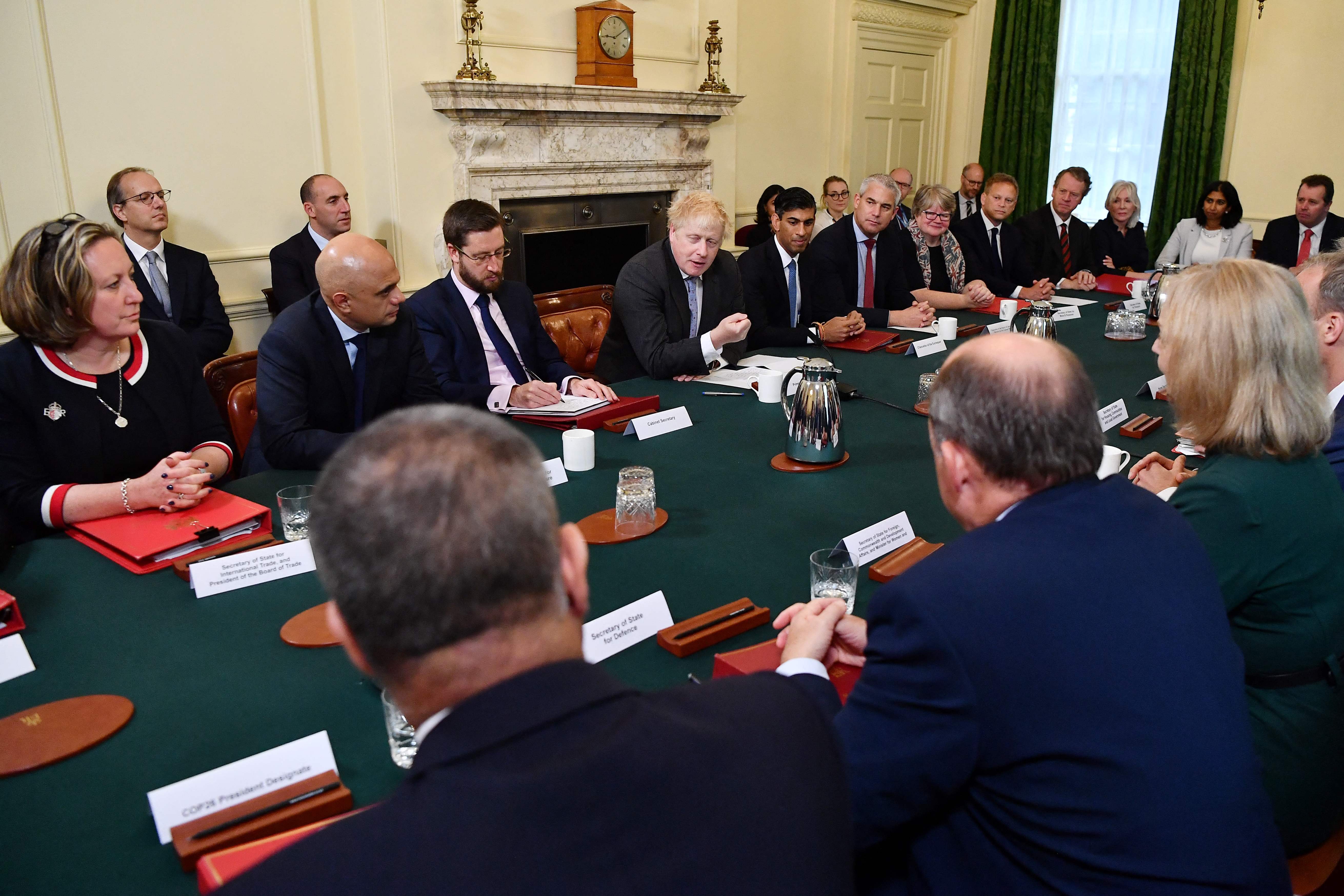 Boris Johnson has given the biggest hint yet he is planning an early general election – after giving ministers “a matter of half the time”.

The PM told his reshuffled cabinet that it was time to “pull out the orange peel” and work to deliver.

The last general election was in December 2019, so talk of half time will keep the next one firmly in 2023.

Mr Johnson cracked jokes on ministers yesterday, and made fun of his own growing siblings.

The PM, who has at least six children and one more on the way, rallied ministers to “think about deliveries”.

He urged ministers to “get out on the pitch as a team” and pull together for more police, better broadband, reductions in crime, and reduced NHS waits.

The prime minister continued: “This is the moment when we spit out the orange peel, we adjust our gum shield and our scrum cap.”

The next general election is due in 2024, and Downing Street sources have denied any plans to hold the first one.

At a rally for his new team, the PM lauded the achievements of his government.

He added: “This is the government that did Brexit. It took back control of our money, our borders, our laws.

“This is the government that has launched the fastest vaccine program anywhere in Europe.