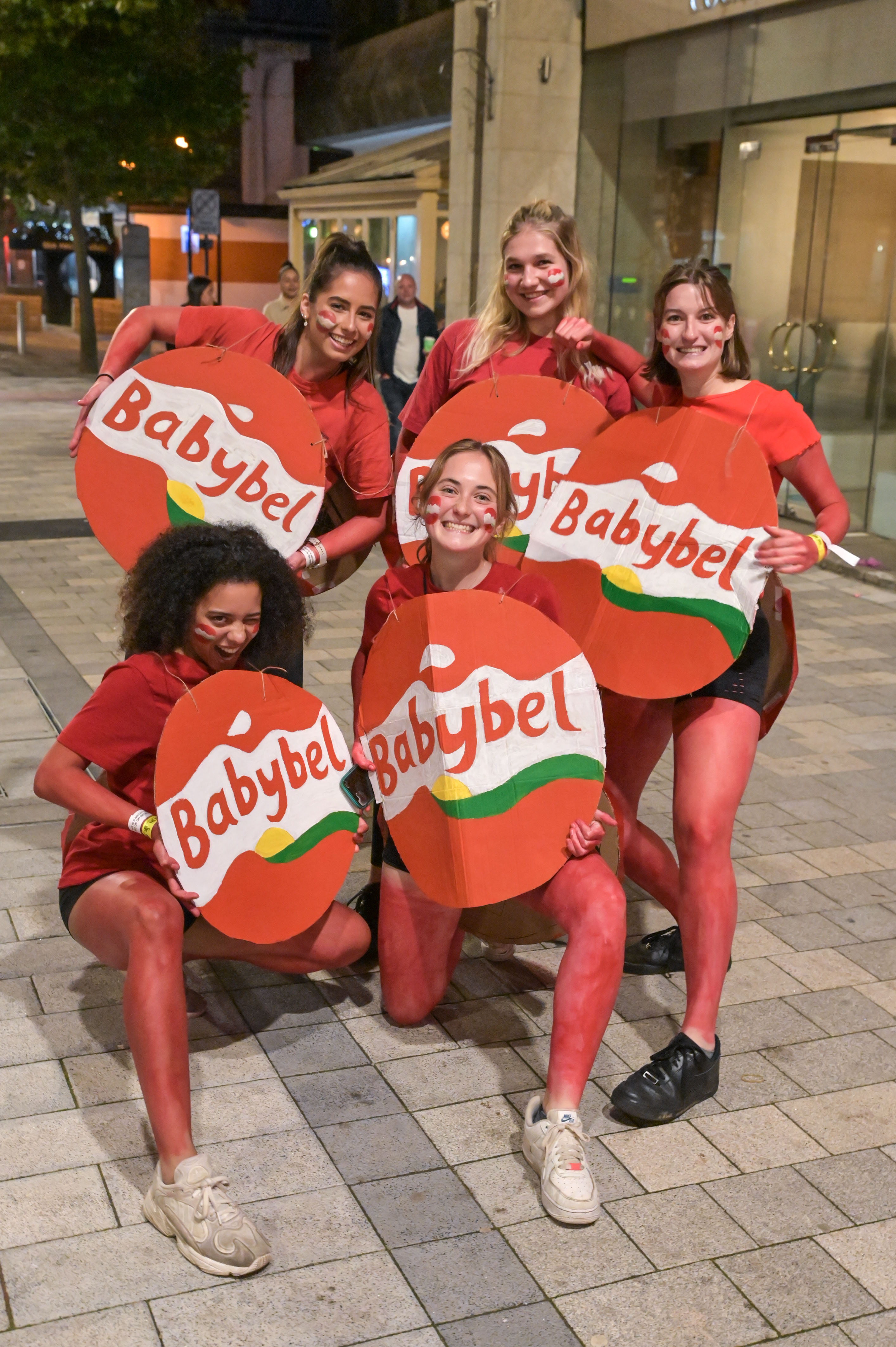 Young people from the University of Birmingham Medical Society flocked to the city a week after the official Freshers Week ended.

But that didn’t stop university students from getting drunk as they made their way down Brimingham’s infamous Broad Street.

Party-goers are given the freedom to dress up as anything – with a group of girls known as bright red Babybels really up to the ponytail factor.

Some organizations were even topical as one group decided to go as out of order petrol pumps group after almost a week of national chaos.

Some more traditional costumes were also seen, with some pretending to be police officers, while others posing as members of the Mystery Machine gang from Scooby-Doo.

Another group of girls went for something as sweet as Colin the Caterpillar Cake, while a trio dressed as a knife, fork and spoon.

Others made a tongue in cheek joke about the pandemic, and created outfits that made them feel like they were on a Zoom call.

The intoxicated students even managed to pull off dressing like a giant whoopie cushion, and the other group went on to form Henry Hoover’s gang.

The infamous Medsok event had to be canceled last year due to the pandemic, but it appears to be a bang for most students.

The night also reportedly sells a famous drink called Heidi, which was originally created by a Birmingham medical student who is now a successful GP at Stourbridge.

It consists of two shots of archers, two from Smirnoff and one from Malibu, all in a pint glass and topped with orange or cranberry juice and lemonade.